Downtown Winston-Salem’s main traffic artery, Salem Parkway, opened on Sunday, February 2. It had been closed since November 17, 2018. I will remember the roughly 14 months that Business 40/Salem Parkway was closed, as the long 2019. The absence of four lanes of highway running from Peters Creek to Highway 52 wasn’t catastrophic. But it was a constant annoyance.

The year 2020 didn’t officially start in my book until Salem Parkway opened. While Salem Parkway makes getting in and out of Downtown Winston painless, Salem Parkway is a reminder that Winston-Salem is small time. We’re a four-lane community, a “small town, with skyscrapers.”  Worse yet,  Winston’s skyscrapers are like a greatest hits album, remembering the grand productive days, that are unlikely to return.

From the R.J. Reynolds Building to the Wachovia Center, the companies that built most of Winston-Salem’s skyline now call another city their home. The Journal recently reported that Hanesbrands Inc. will be the only publicly traded corporation based in the Twin City when the sale of Primo Water goes through. And Hanesbrands Inc. is shamelessly threatening to move its headquarters abroad if it can’t get some more tax breaks.

By 2020, Winston-Salem will have fully converted its economy to one that is based on the knowledge industries of financial services, medical, bio-technical (including nanotechnology), design, logistics, advanced manufacturing, travel and tourism and being the home of various corporate headquarters. The economy will be healthy and will have created and retained sufficient jobs for its citizens. A key component of this conversion will have been the build-out of the 240-acre Piedmont Triad Research Park and the thousands of jobs created by companies and research organizations located there. Smith Reynolds Airport will be an active, well-used facility and will play an important role in the logistics industry that has developed in the city.

In 2020, there will be hundreds of new housing units downtown; new restaurants have joined those already existing; the arts centers are flourishing; and, this area of the city is viewed as a positive factor in the community’s successful transition of its economy.

The BB&T Ball Field has continued to be very successful and Phase II of the commercial development around the stadium is well underway. The city will have made significant progress in rebuilding its neighborhoods, eliminating blighted structures, and is providing safe, decent, affordable housing for a majority of its citizens.

The city will have successfully carried out its Ten Year Plan to End Chronic Homelessness by creating more than 500 units of new affordable housing for this population. Winston-Salem will have completed a number of critical capital projects to ensure that it has the infrastructure in place to allow it to grow and provide a high quality of life for its residents. These include utility systems, key transportation projects, parks and recreational facilities.

It is my hope that by 2020, Winston-Salem will be a high-performing metropolitan area that is creating the numbers and types of jobs to ensure that all of our citizens who want to work can find meaningful employment. This community will be recognized nationally and internationally as one that has had the vision and made the investments necessary to allow it be healthy and growing in the global economy. I hope that Winston-Salem has embraced the wonderful cultural diversity that is present in the city and has made significant strides in becoming an inclusive community.

Winston-Salem has been proactive in taking actions to address racism and has worked to build bridges among the various segments of the city. Winston-Salem will have achieved its goal of reducing its carbon emissions 7 percent below the 1990 levels and has met the EPA air quality standards. Finally, I hope that Winston-Salem has prepared itself to be a senior adult-friendly community and has created programs to assist this growing population group.”

Read Joines’ vision carefully. Reread if it if you need to. Few of the predictions Allen Joines made in 2011 have come to fruition. Winston-Salem hasn’t converted to a knowledge-based economy. Companies haven’t flocked to our city. Instead of drawing in new companies, city leaders are now content to move companies from one side of town to another (ex. Inmar, Cook Medical). The mayor has succeeded in increasing the number of downtown housing units. But practically none of them are affordable. Allen Joines’ two biggest failures, in my opinion, have been his failure to build affordable housing throughout the city and his do-little approach to addressing the issues facing East Winston.

The Wake Forest Innovation Quarter hasn’t replaced R.J. Reynolds. It’s made an impact. But it’s fallen well short of projections. As Winston-Salem makes its way through the 2020s, it has to come to terms with the fact that its golden age of the 1920s will never return. In the 1920s, for a few brief years, the Twin City was the largest city in the state and also the largest city between D.C. and Atlanta. Now we’re the fifth-largest city in North Carolina. Much to the chagrin of local leaders, we are “a farm team for Charlotte.”

Attendees at Saturday’s Dash the Parkway event were allowed to walk to where the Salem Parkway crosses Brookstown. Thanks WSTV13 staff. #SalemParkway #Biz40 #Flatiron #NCDOT pic.twitter.com/SqUDbJz44d

On February 1, locals gathered at BB&T Ballpark for a stroll on the new parkway. Walking on Salem Parkway was a civic/religious exercise. It was a public display of the community’s belief in Mayor Joines and his capitalist vision for our city. It’s time for the people of Winston-Salem to formulate an alternative vision for our city.

The Good Old Days Are Not Returning… 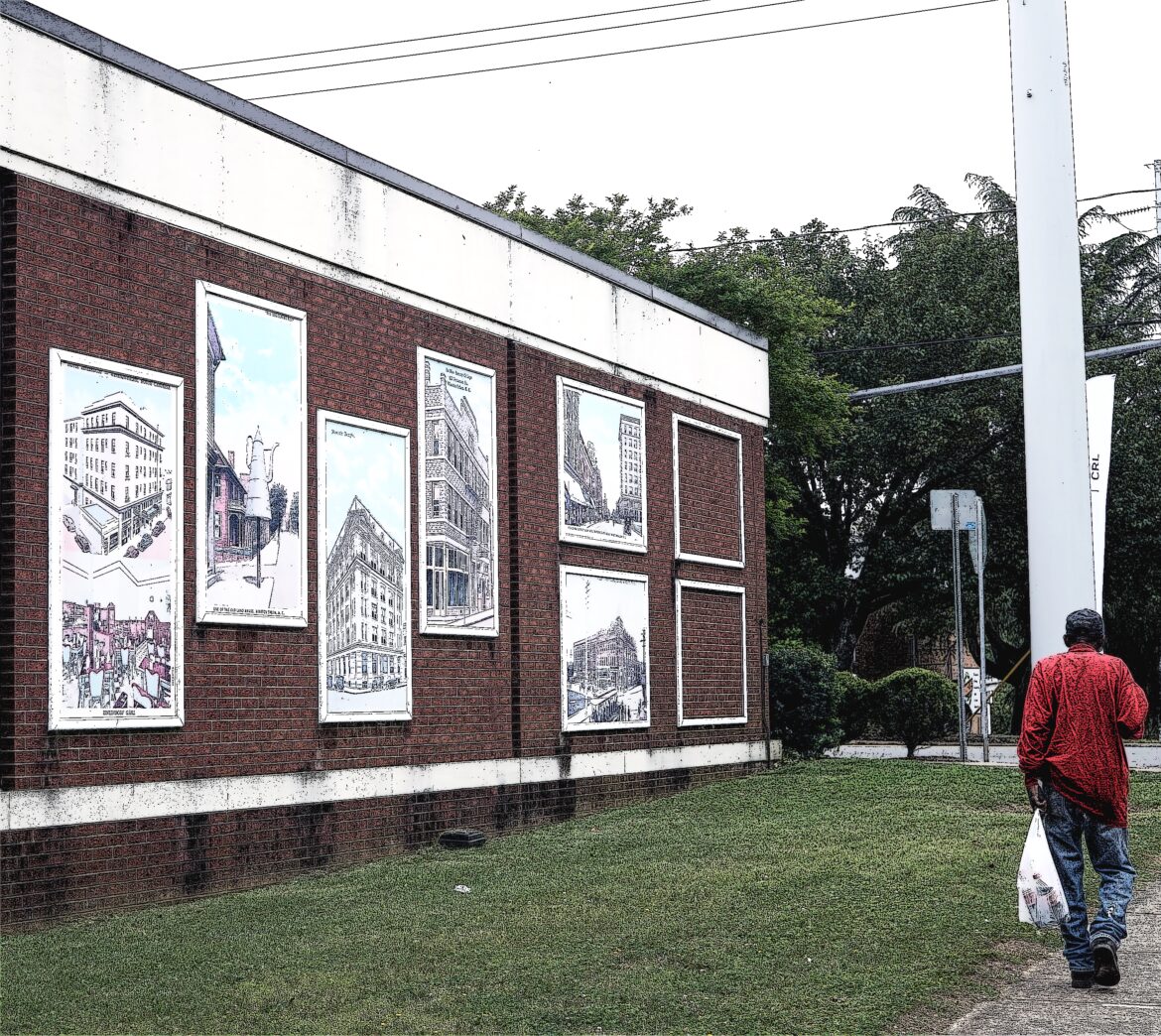 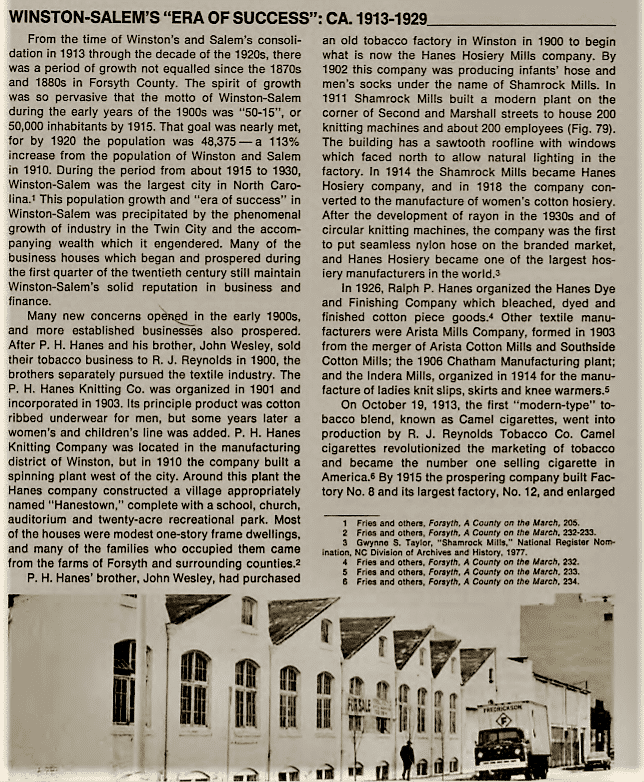