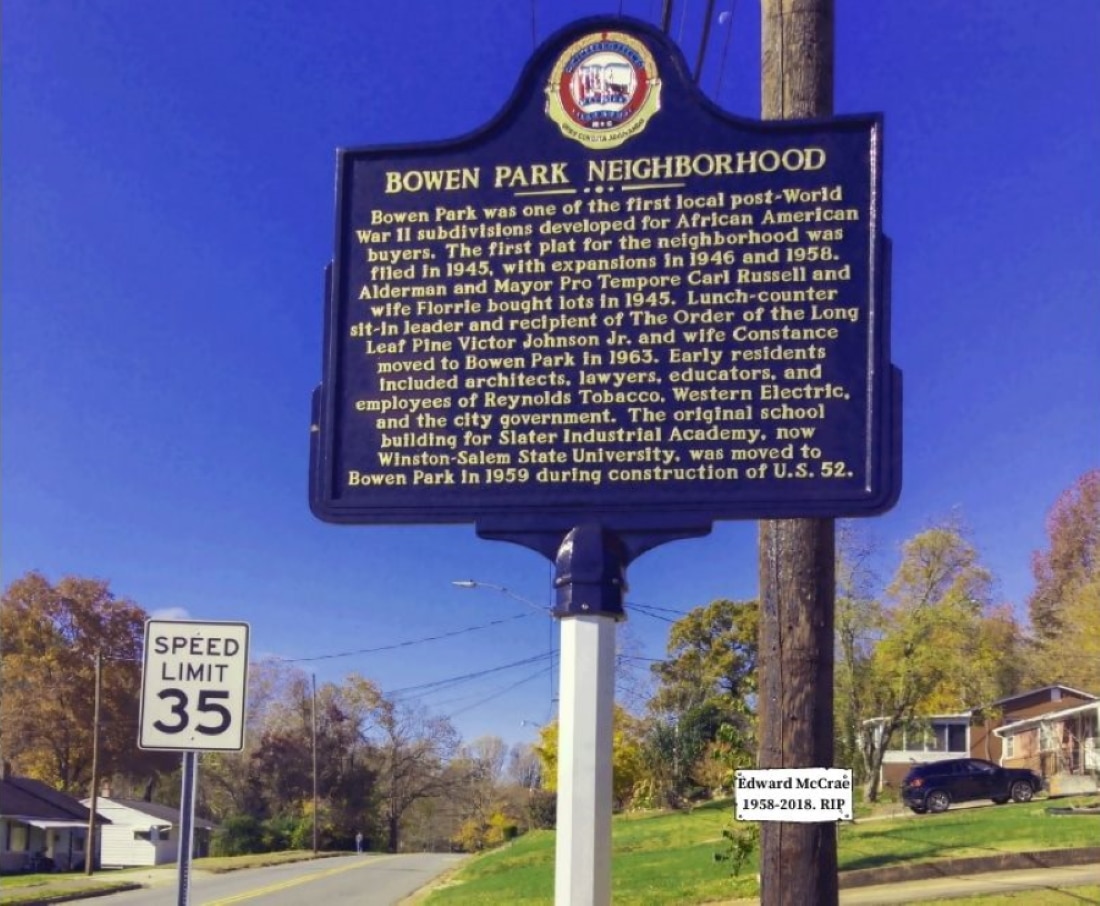 “Bowen Park now has a historical marker. The community was home for many Blacks seeking their part of the American dream in the 40s, 50s, and 60s-a place viewed fondly for the foundation it laid, the men and women it made, and the home it continues to be today.” –Bowen Park: A Dream Realized

Recently, the City of Winston-Salem put up a historical marker at Bowen Boulevard and Douglas Hill Drive, honoring the Bowen Park Neighborhood. Unlike Reynoldstown and most of East Winston, which were originally built for white homeowners, Bowen Park was built for African Americans.

Bowen Park was segregated when it was built in the 1940s and 1950s, and it’s still segregated today. Decades ago, it can be argued that there was a strength in segregated communities when professionals and proletariats alike were forced to endure Jim Crow housing. Today, being segregated and impoverished is anything but advantageous.

Bowen Park is part of Census Tract 16.02, as is Ladera Crest, Dreamland, and Slater Park (Dreamland and Slater Park are located just south of Bowen Park). Please take a look at the census data that I’ve posted at the end of this article. Bowen Park and its surrounding neighborhoods have extremely high levels of poverty and a per capita income that’s less than half that of the city as a whole.

A neighborhood’s history is important. It should be remembered and passed on to future generations. But history should not be used to whitewash today’s unpleasant realities. Bowen Park is an aging neighborhood that lacks a neighborhood grocery store and a decent school. The promise of Bowen Park has also been undermined by a high concentration of low-income apartments around it and low home-owner rates. Affordable housing is a great thing. But it should be spread around the entire city-more or less equally.

Ironically, the historical marker honoring Bowen Park at the corner of Bowen Boulevard and Douglas Hill Drive was placed at the same intersection where Edward McCrae was shot and killed by a white WSPD officer back in March 2018. I hope the City’s newest historical marker helps us to remember Edward McCrae’s life and violent death.

While the City’s marker speaks to Bowen Park’s past, Edward McCrae’s death speaks to the current condition of Bowen Park. Black folks in Bowen Park are vulnerable to a system that seeks to criminalize and dehumanize them. We need to change the racist, capitalist paradigm, or overthrow the system! 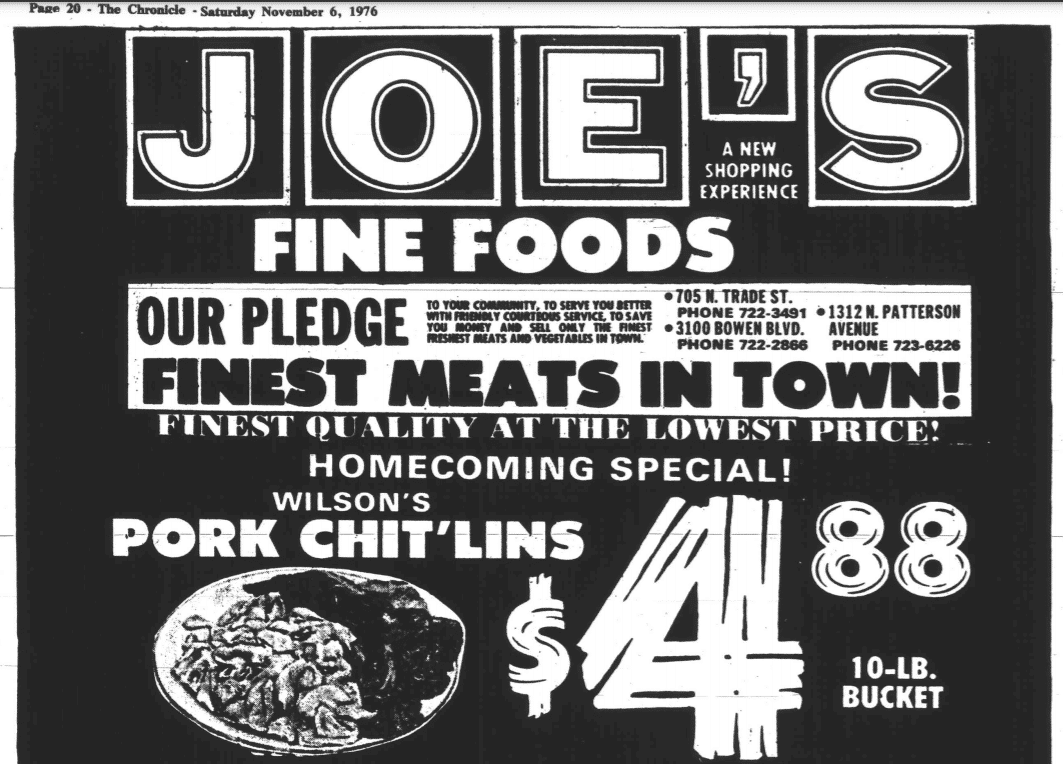