Monday night’s Winston-Salem City Council meeting was one for the history books. The resolution to rename the Dixie Classic Fair passed by a 4-2 margin, with one abstention, effectively the resolution passed 5-2. Denise Adams, Dan Besse, Vivian Burke, and Annette Scippio voted yes. John Larson and Jeff MacIntosh voted no. And James Taylor, who was the first politician to suggest that the Dixie Classic Fair’s name should be changed in 2015, abstained.

Has Winston-Salem’s Confederate Statue Hit A Snag On Its Way To Salem Cemetery?

Monday, the City Council will vote on whether or not to change the name of the Dixie Classic Fair. The second-largest fair in the state has had many names over the years. It’s been known as the Dixie Classic Fair since 1956. I’m all for changing the name. The name “Dixie” was a reaction to desegregation efforts.

Earlier this week the City of Winston-Salem held its monthly Public Safety News Conference. Chief Catrina A. Thompson announced when and where the WSPD’s backpack program and Cookies With A Cop events would be held. Assistant Chief, Wilson Weaver II announced that this year’s Dixie Classic Fair would have added security measures: bag checks and electronic scanners, to deter weapons from coming into the fairgrounds. Weaver ended his comments by asking the City’s residents to “please continue to attend our events and have fun. We will be there to keep you safe.”

The Winston-Salem City Council will be back in their old form this week. After taking July off, the Council eased their way back last Monday, with a City Council meeting that lasted a mere 16 minutes. With a full slate of committee meetings this week, the Council is back in business. The murder of Julius Sampson continues to be the topic that’s on everyone’s mind. The Mayor held a press conference this morning to address concerns regarding the case.

The City of Winston-Salem describes the soon-to-open Union Station as a “inter-modal transportation facility” that will serve “as a regional and local bus terminal and later expanding to include regional and long-distance passenger rail service.” When the City took Union Station from Harvey Davis, via eminent domain they were mandated to use Union Station for public transportation. Thus, Union Station will be a bus station for the foreseeable future and perhaps one day a train station. But not any time soon. Though Council Members have assured us that Union Station won’t replace Clark Campbell, that’s cleary what some downtown leaders desire.

After several months of sustained activism (passing out flyers, hosting public events and attending long school board meetings) Hate Out of Winston, a local activist group that came together during Winston’s Confederate statue controversy has succeeded in getting WSFC Schools to consider universal African American history classes in the fall. (Mandatory sounds so negative, learning African American history is a positive for WS/FCS students regardless of the color of their skin. That’s why I’m using the term universal instead of mandatory.)

Earlier today, Triad City Beat reported that “that the curriculum committee of the Winston-Salem/Forsyth County School Board will consider adding a mandatory African-American studies class to the high school curriculum at its October meeting.” Jordan Green’s article noted that several local Black politicians are publicly supporting universal African American history classes. Student Minister Effrainguan Muhammad told Green that the “Winston-Salem Local Organizing Committee has been asking for a mandatory African-American studies course for the past three years” only to get the runaround from the WSFC School Board.

It’s time to pass a budget. The nearly $500 million, 2019-2020 City of Winston-Salem budget dominates today’s City Council agenda. Higher taxes to pay for bond obligations and stagnant pay for city workers, while councilmembers received a huge raise-these are some of the topics that will be discussed at today’s City Council meeting. The City Council will also debate purchasing land on Burke Mill Road for a new fire station. As usual, some topics that need to be discussed will be ignored.

A Slice Of Incompetence From The City And Atkins CDC

This week’s Winston-Salem City Council meeting doesn’t have much on the agenda. It’s the calm zoning meeting before the City’s new budget is debated and adopted over the next two weeks. So here’s a rewind of what transpired at the May 28th meeting of the W-S City Council, specifically Elizabeth’s Pizza pulling out of its Union Station lease with the City and Atkins CDC. The purpose of winstonwatchman.com is not to critique local Black businesses or community development organizations. And for the record, I’m neither for or against pizza parlors.

The “East End” Is Beginning To Empty

It’s important that the COMMUNITY in East Winston is not pushed out of the “East End.” Despite a lot of talk about shared prosperity and avoiding gentrification, we now have evidence that existing residents of the “East End” have been displaced without any public accountability. The Garden Court Apartments located between Third and Fourth Street and Woodland and Metropolitan have been completely emptied of their previous tenants. Other apartment buildings nearby have been almost completely emptied as well. Where is the accountability?

Earlier this week, a group of ministers asked the City Council to consider changing the name of the Dixie Classic Fair. I support what Rev. Bishop Sir Walter Mack Jr. and Love Out Loud proposed. But it wasn’t what Mack and other ministers said at last week’s General Government Committee meeting that drew my attention; it was how they said it. Local ministers in Winston work within the system and seldom speak a discourteous word to the Mayor and City Council. I prefer the tone Hate Out of Winston took when they stood up to the City Council earlier this year.

Today there is a rally and a vigil for John Neville. Show support and solidarity to the Neville family! More information on the flyer below! 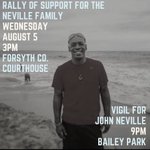 My first job on the hill was with @RepJohnConyers. Lacy Clay’s office was next door. I’ll never forget one of his staffers laughing at me when I told her I spent most of my time building support for Medicare for All. https://twitter.com/danielmarans/status/1290865689159512064

"'Who would condone of something that has, more than once across this country, taken the lives of people for situations that are not always called for?' Brienne said."
#occupywsnc
@TriadAbolition @ACLU_NC
https://www.yesweekly.com/news/neville-family-supports-peaceful-protests-ban-on-prone-restraint/article_76887b88-d6a8-11ea-8731-7356cdb53f15.html 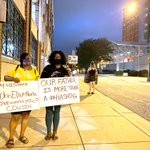 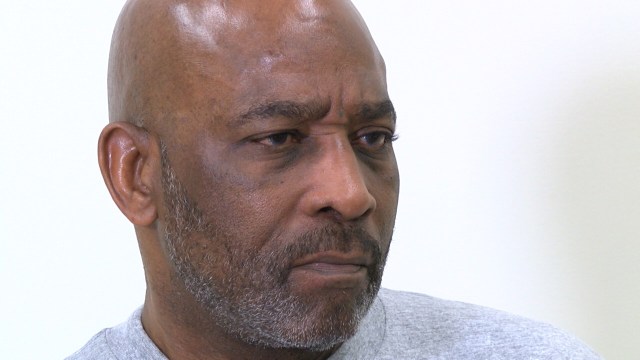 Solid editorial. I love the creepy stock photo. via @triad_city_beat

It looks from here like Postmaster General Louis DeJoy, of Greensboro, hates the US Postal Service.

Please sign and share this petition which #OccupyWSNC worked on with the @ACLU_NC to call for officials to meet our very reasonable demands!

Faith leaders join lawmakers and more than 34,000 citizens in calling for release of Ronnie Long: Faith leaders join lawmakers and more than 34,000 citizens in calling for release of Ronnie Long

Last Friday, an interfaith group of 38 religious leaders called on Gov. Cooper to commute the sentence of Ronnie Wallace Long. Long's story is a profo...