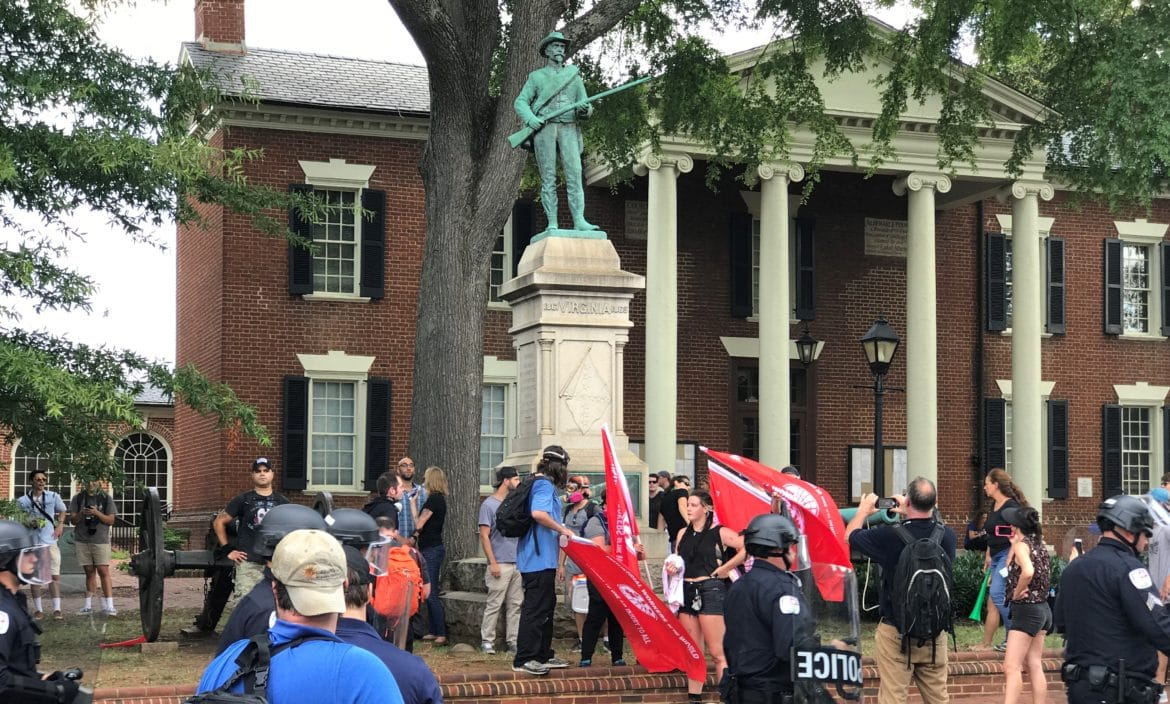 Gun-toting nazis and fascist white supremacists of various stripes in the streets of Charlottesville were a reminder of how relatively little progress our country has made combatting racism. America is still a violent and racist nation. God bless the Antifa activists that confronted the fascists.

Many of us probably thought that the kind of overt, in-your-face racism that was on display last year in Charlottesville was on the wane.

Despite the fact that Trump’s 2016 campaign was something of a racism revival tour, overt racism by-in-large isn’t tolerated the way it used to be.

I applaud journalists who are doing good work documenting fascist, white supremacist groups. But in the last year, the media has fixated on fringe, violent, white supremacist elements to such an extent that they’re giving broad segments of society a pass.

Sadly, it’s white liberals in concert with white conservatives who have supported the re-segregation of Winston-Salem/Forsyth County Schools. A so-called “school choice” program that leaves many black and brown children packed together in schools that are underfunded and underperforming.

While we shake our heads at white extremists, let’s not ignore the role white liberals play in accepting and maintaining our New Jim Crow society. The words of Dr. Martin Luther King Jr. on this topic are still very relevant today.

(Full disclosure: I’m a recovering white liberal myself. But after attending Winston-Salem State and waking up to the racism and inequality all around East Winston I left milk toast liberalism behind.) 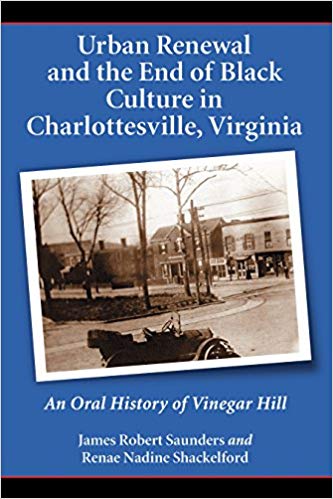 For most Black people, their local police departments pose a greater danger to them than armed elements of the far-right. And while fascist thugs, given the opportunity will assault Black folks in the streets, it’s white liberals who will take their houses and homes.

That’s the conclusion that I came away with after reading, Urban Renewal and the End of Black Culture in Charlottesville, Virginia, recently.

Charlottesville’s Vinegar Hill neighborhood was “the city’s principle black business district and the vibrant center of the community’s social life” from the 1920s to the early 1960s-when it was “renewed.”

Vinegar Hill’s residents had mixed feelings about being forced from their neighborhood. Some were happy to leave substandard housing that lacked basic plumbing and heating for newly built public housing.

But most residents were relocated to public housing against their will. (In Charlottesville’s Vinegar Hill neighborhood, just as in Winston’s Black communities, good houses and substandard homes alike were bulldozed in targeted neighborhoods-rehab wasn’t practiced.)

Many residents and business owners weren’t happy to leave. Decades later they resent the fact that they were removed from prime real estate, in the heart of the city, adjacent to the Charlottesville’s Downtown Mall.

Many former residents believe that the City of Charlottesville could have rehabilitated their neighborhood instead of destroying it. They remember fondly the bonds of friendship and community that were present at Vinegar Hill; the many Black-owned businesses, churches, and fraternal organizations.

Near the end of the book, the authors pose the question, was Vinegar Hill subjected to urban renewal for the good of the neighborhood or was the city just concerned with regaining Vinegar Hill?

In other words, was the destruction of Vinegar Hill a power grab by the city’s white business class?

From my research on Happy Hill (a neighborhood that has a lot in common with Vinegar Hill), I have concluded that urban renewal, for the most part, was a naked land grab-another excuse to dispossess African Americans.

There’s a reason that urban renewal is often referred to as “Negro removal.”

Urban renewal ended Black culture in Charlottesville. It helped make East Winston separate and unequal from the rest of Winston-Salem.

Ultimately, power isn’t possessed by thugs with weapons in the streets. It is wielded by politicians and wealthy businessmen with fountain pens, who might never use the “N” word but are happy to make gentrification their business.

We must always be vigilant to ensure that white liberals and their counterparts in the Black misleadership class aren’t up to no good.