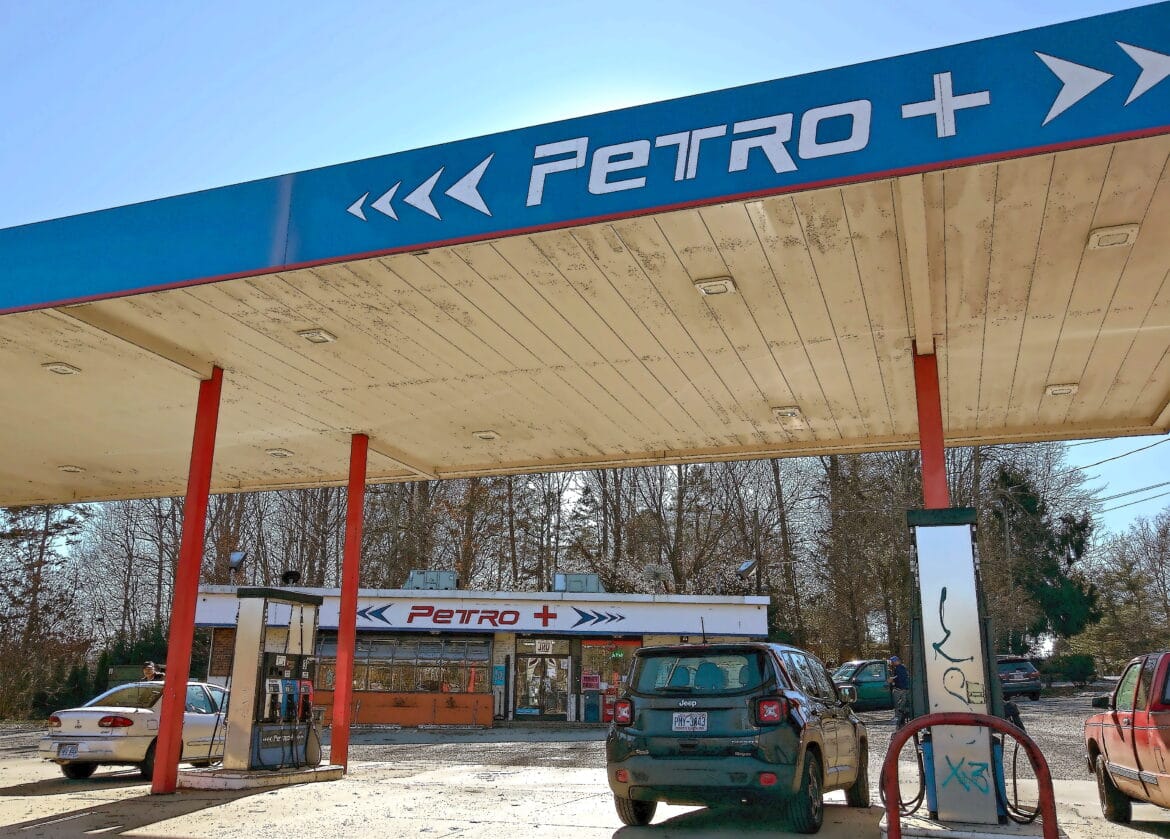 Last night a two-vehicle accident occurred at the intersection of Cameron Ave and E. 14th St. One vehicle hit the side of Titanic Food Mart but didn’t appear to do much damage. On the other side of that building, there is an impressive mural honoring East Winston’s history. I don’t know what possessed anyone to change the 14th Street Discount Store to Titanic Food Mart. A building that reads Titanic on one side and displays a mural of East Winston’s history on the other side, sends the message that East Winston is a sinking ship. And there is some truth to that. Unless significant investments are made at the federal, state, and locals levels East Winston will continue to sink further down economically, a little more each year.

Crews are on the scene of a 2 vehicle accident. One vehicle hit a building. Two people with injuries. Intersection of Cameron Ave and E. 14th St blocked. Avoid the area if possible. #wsfire .120 pic.twitter.com/cbIrc0w6yj

With the needs in East Winston being so great, it’s hard to understand why the Winston-Salem City Council just spent approximately $400,000 on a speculative project on New Walkertown Road, close to its intersection with 14th Street. According to the City, the owner of the Petro gas station on New Walkertown plans to “construct a new 3,600 square foot commercial building with three tenant spaces, including a storefront for a takeout restaurant” beside of his gas station.

The owner of the Petro gas station is following the lead of Zesto’s, a neighboring restaurant that received funds from the City a few years ago and according to Annette Scippio at the East Ward Candidate forum, “is struggling.” If the new business that the City is funding on New Walkertown road succeeds, taxpayers will get half of their $400,000 back. But if it fails, they’ll be lucky to get anything back.

A few hundred thousand here and there may not sound that that much money. But the misallocation of city resources is a serious matter. The City of Winston-Salem has spent millions of dollars over the decade and a half-life of its RUCA ( Revitalizing Urban Commercial Areas) Program. While businesses have profited from the program, and shopping centers have received facelifts, the program has done little to bring new businesses where they are needed the most. Instead of bailing out businesses, the City should be investing in community co-ops and land trusts.

Revitalizing Urban Commercial Areas Before and After Project Information (PDF)