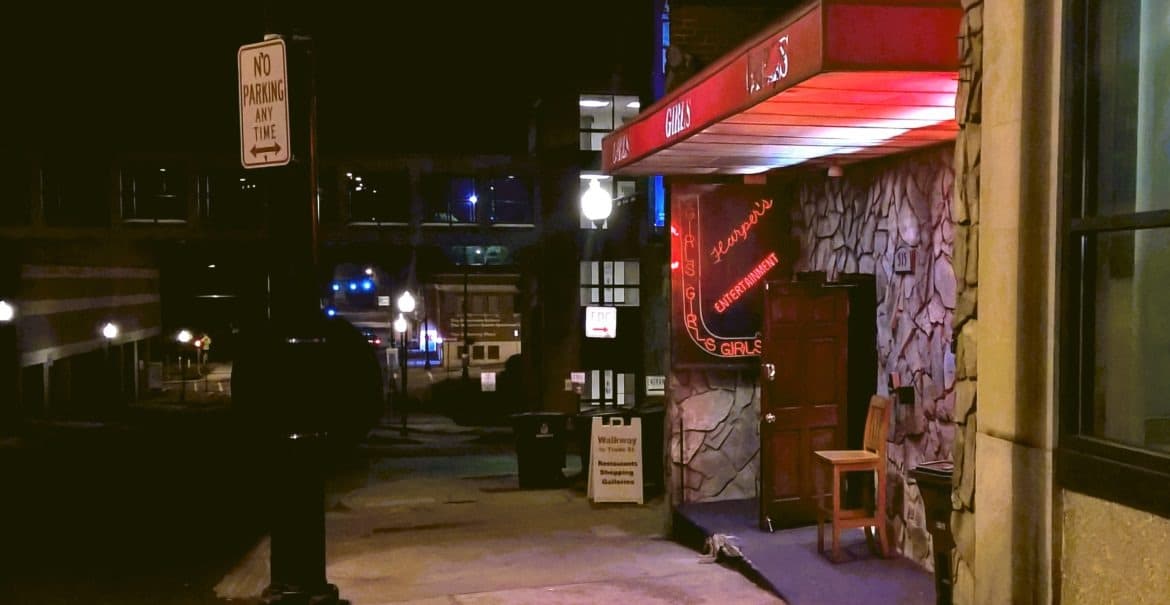 After a shooting early Sunday morning outside of the current club operating at 515 North Cherry left several wounded, it appears that the City will renew its efforts to declare that property a nuisance.  This time City Hall probably won’t stop until they get 515 North Cherry’s owner (Keith Neely) to relinquish the property.

Unlike the Winston-Salem Journal, I don’t wholly agree with the City of Winston-Salem’s efforts to close Downtown Winston’s last strip club. Anytime City Hall targets a single business, citizens should be skeptical. And Lollipops, the former all-nude club at 515 North Cherry was undoubtedly targeted. Partially, as the previous owner of Lollipops, Mike Dickinson maintained, because his club was drawing African American patrons downtown.

Other adult clubs in the city have had similar problems with violence and vice, but only Lollipops (located between the Benton and Mast General) was singled out for closure.

After months of sustained pressure from the City, Winston’s last downtown strip club closed in January 2016. Our city is none the worse for having one less adult establishment. With the recent shooting at Nova Lounge (the current club at 515 North Cherry), it looks like there won’t be a club of any type between the Benton and Mast General in the future. 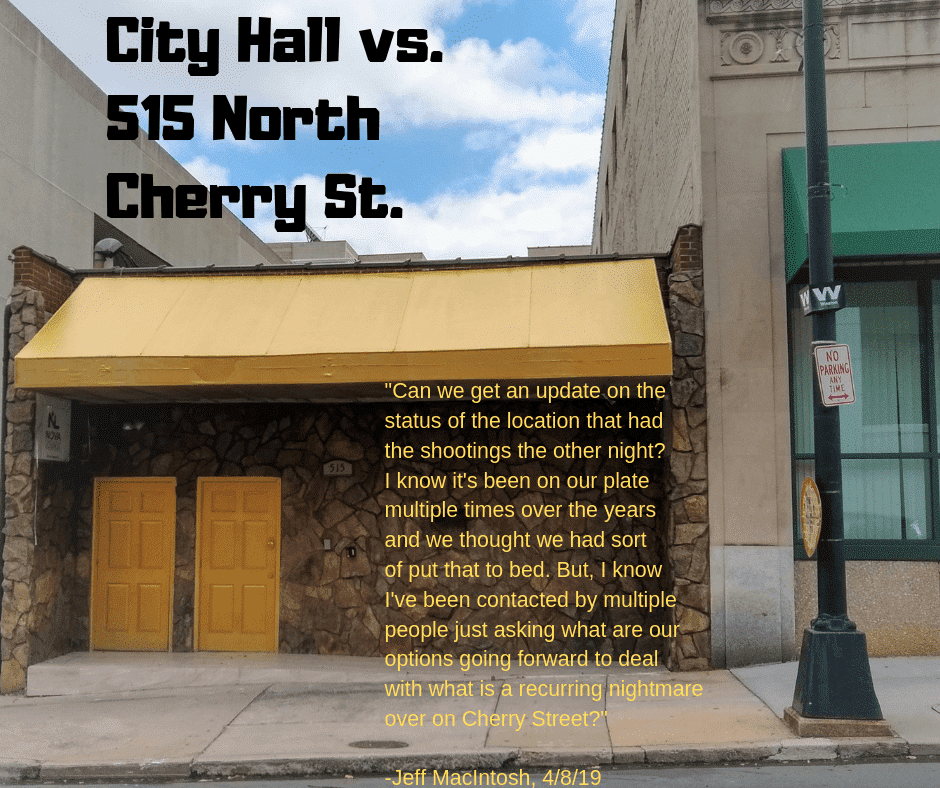 The problems associated with 515 North Cherry reflect negatively on downtown developers. According to the Journal, Neely bought the property in 2010. Where was the Downtown Partnership and Allen Joines’ friends in the Winston-Salem Alliance? This one piece of property that Joines’ friends didn’t buy amid millions in public and private in investments along Cherry and Trade, really came back to bite them.

The real scandal of 515 North Cherry is not the violence and vice associated with that address. It’s the tens of millions of dollars that Mayor Joines showered for redevelopment around 515 North Cherry when Winston has some of the worst segregation and poverty in the nation. Where are the City’s priorities? Mayor Joines has done little to address poverty and the lack of affordable housing in Winston, while he tirelessly promotes Downtown Winston:

$1.2 million for Mast General Store. $17.5 million to remodel the Benton Convention Center. The City’s Restaurant Row program lent over a $1 million to downtown restaurants from 2000-2008. According to the Journal, over $300,000 was never paid back and had to be written off. Mayor Joines has rained money down on local businesses large and small, since being elected in November 2001.

No strip club patron can make it rain like Allen Joines! He’s given millions to small businesses and shopping centers and tens of millions more to develop Downtown Winston, he’s been very generous with the City’s money. Downtown Winston isn’t a miracle. You throw enough money at enough businesses and some and are bound to succeed. It’s just a matter of priorities.

Why are Mayor Joines and the members of the Winston-Salem City Council continuing to give downtown developers millions when there is so much concentrated poverty in Winston? Since 2000 concentrated poverty has multiplied across the state of North Carolina. But the growth in concentrated poverty has been particularly severe in Winston. The Justice Center’s numbers are a testament to the fact that as Allen Joines has neglected East Winston as he transformed downtown, Winston’s monied quarter. Subsidizing the rich instead of helping the poor is a higher moral transgression that visiting an adult club or consuming illegal drugs.

Growing Backwards: Growth i… by on Scribd