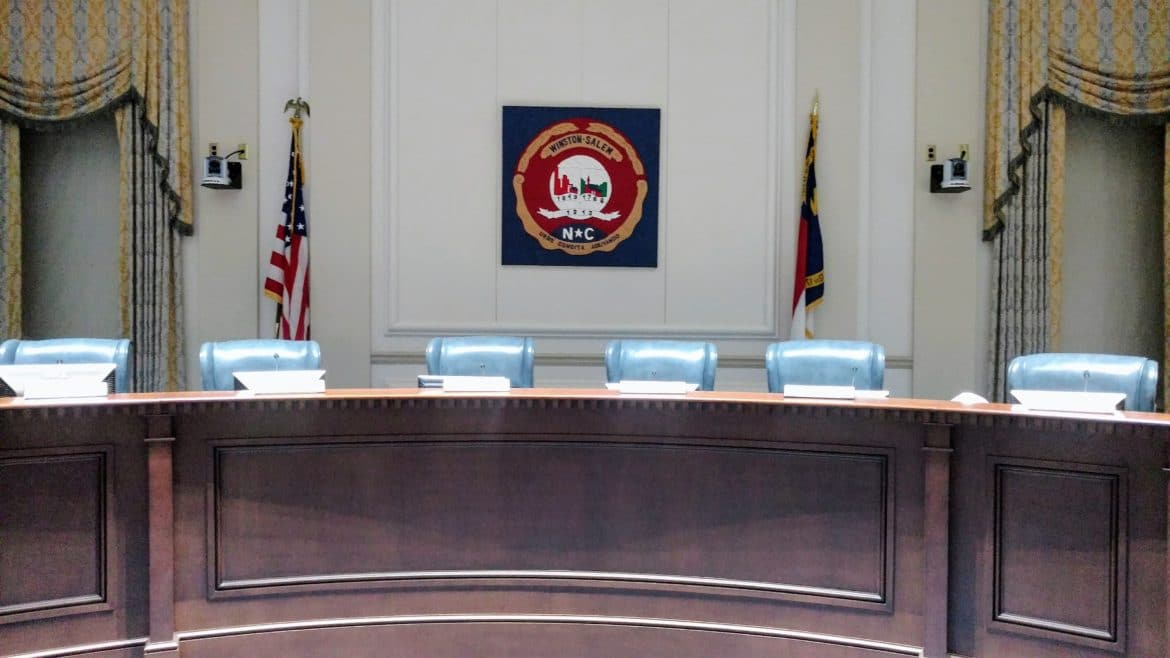 Thus needle exchanges like Twin City Harm Reduction Collective don’t have the funding to operate in a commercial areas. Council Member John Larson has been pushing for the city to adopt zoning regulations that could push the city’s only needle exchange program out of its location at Green Street Methodist and potentially out of existence.

(41:54) Colin Miller of the Twin City Harm Reduction Collective. Miller, as strong advocate for needle exchanges asked the Public Safety Committee to question “what is the impetus for putting in these zoning regulations that could potentially put road blocks in the way of services that we really need to have?” Miller went on to speak about the desperate need for syringe exchanges, Naloxone access. Miller reminded the committee that 26 lives have been saved due to the Naloxone the Twin City Harm Reduction Collective has handed out.

(49:13) Tessie Castillo, Advocacy and Communication Coordinator for NCHRC, picked up where Miller left off. She stated that syringe exchange doesn’t promote criminality. They saves lives and encourages addicts to get help. HIV and Hepatitis infections decrease. Needle stick injuries decrease. Castillo told the committee that there are currently 19 syringe exchange programs operating in North Carolina. “The evidence shows that these (needle exchanges) don’t have negative impacts on neighborhoods. I would urge you to not react on fear and some misinformation.”

(54:10) Kelly Carpenter, Pastor of Green Street Methodist, stated that Green Street reviewed Twin City Harm Reduction Collective thoroughly before allowing them to operate at Green Street. In the few months that the TCHRC has operated at Green Street, Pastor Kelly stated that they’ve been quick to address any concerns that have been raised. Carpenter stated that TCHR fits in with Green Street’s social justice mission. He cautioned the committee against using zoning laws in an “unjust and unnecessary” way.

(105:50) Council Member Taylor expressed a desire for something should to be done,  special use district rezoning is his preferred option.

(107:05) Mayor Pro Tempore Burke was effected by the testimony of Rev. Kelly Carpenter. Burke expressed hesitation for the city put to a halt something good that churches like Green Street are doing. She redirected the conversation to harm reduction’s benefits.

(111:00) Council Member Larson then invited Colin Miller to speak once again to the committee. Larson asked him if he continued to oppose any needle exchange zoning regulations? Mr. Miller stated that he continued to opposed any regulations. Larson asked that the committee to approve a case-by-case review of any group operating a needle exchange. His motion wasn’t seconded. The issue will stay in committee. The Public Safety Committee will take an up-or-down vote on this matter in one month’s time.

Council Member Larson continues to state his anxiety about not being able to have any effective control over needle exchanges in Winston. Again, Mr. Larson’s concerns appear to be unfounded. Twin City Harm Reduction Collective operates at the pleasure of Green Street Methodist. These are volunteers that are literally saving lives. But, if at any point in the future there was an issue with TCHRC, Larson should have confidence that Green Street Methodist would keep TCHRC in line with community expectations.