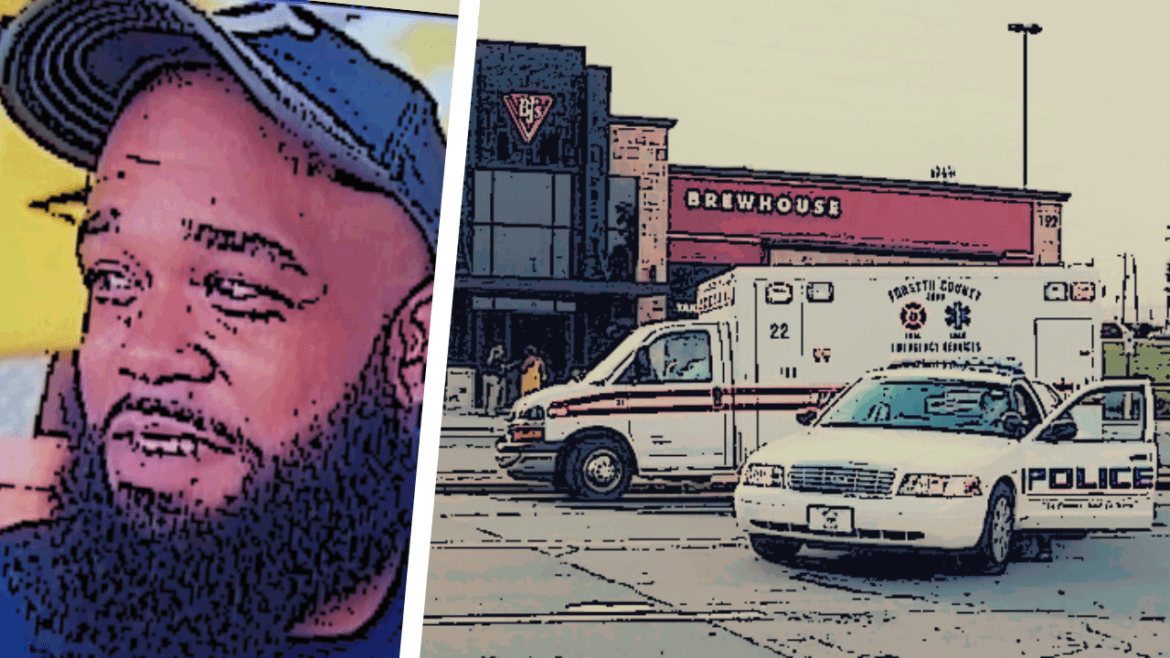 Tuesday’s fatal shooting at BJ’s Restaurant & Brewhouse, outside of Hanes Mall, was a senseless act of violence. Because a young white man pulled a trigger, three children are without their father and a wife without her husband. In the wake of mass shootings in Dayton, Ohio and El Paso, Texas, the shooting on Hanes Mall Circle reinforces what we already knew; gun possession leads to gun violence. No space in our nation is safe until gun control laws are passed.

The Journal reported that nearly 150 people gathered in the parking lot of BJ’s Restaurant & Brewhouse yesterday to remember Julius “Juice” Sampson, a beloved member of the community. (They may want to gather outside of the nearby Golden Corral in the coming days; that’s where conservatives opposing gun control laws have been known to meet.)

The suspect, 22-year-old Robert Granato, is currently being held without bond in the Forsyth County Jail. According to witnesses, he shot Sampson from point-blank range after the two men had been arguing. Granato is white, Julius Sampson was Black. 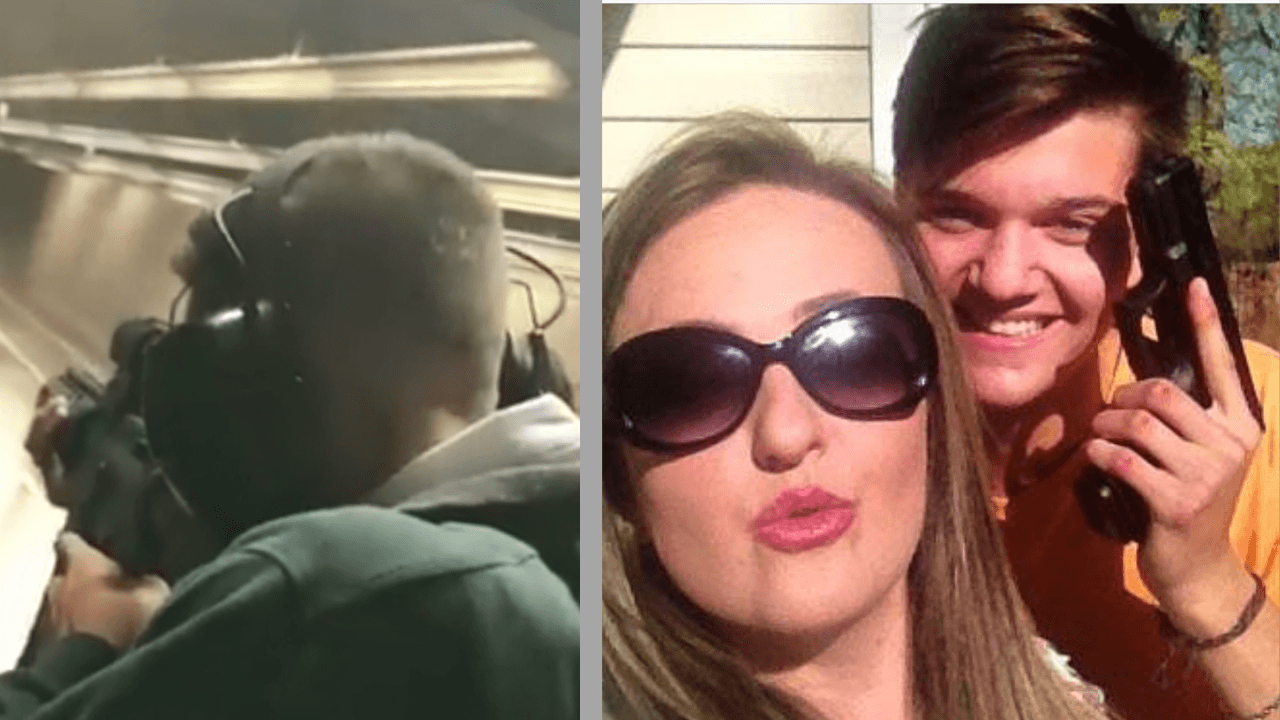 That’s enough to make it highly likely that racism was a significant factor in this act of senseless violence. As Larry Little said in The Trials of Darryl Hunt, “this is Winston-Racist-Salem!” Racism is always present in Winston. It’s going to take a lot of work to get Jim Crow out of our city. We can never forget that. Our local media needs to help educate the public and facilitate dialogue on racism. The desire of corporate news outlets to avoid offending their audience and their advertisers are silencing discussion that should be occurring.

Winston’s newspaper of record and local TV news affiliate are echoing the WSPD and Forsyth County DA’s insistence that at this point they don’t have evidence that the crime was motivated by racism. The Chronicle went a little further and described Granato as someone “believed to be a supporter of white supremacist views.” I applaud their editorial decision.

I respect the Journal putting reporting standards over sensationalism. Likewise, I understand why WXII 12 News is parroting the WSPD. But our local media should be able to frankly call out racism, particularly when it manifests itself in such a despicable manner. If they don’t feel confident that they have sufficient evidence at this point to connect Robert Granato to white supremacy that can be forgiven. But they must do in-depth, feature coverage on the murder of Julius Sampson in the future and carefully examine racist, white supremacist gun culture.

Local media’s reluctance to use racism to describe the motivation for Julius Sampson’s murderer reminds me of the unwillingness of local media to describe abnormal weather patterns as Climate Change. Though it can be impossible to say with a 100 percent certainty that any weather event is an example of Climate Change, a preponderance of evidence suggests that Climate Change is occurring and accelerating.

The same is true of racism. We can’t know what’s in another person’s mind with 100 percent accuracy. There is journalistic work yet to be done in this case. But racist white men have been senselessly killing Black men in Winston-Salem before there was a Winston-Salem. Racism was a motivating factor in the murder of Julius Sampson, just like Islamaphobia was Craig Hicks motivation (not a parking dispute) for killing three Muslim students in Chapel Hill.

Additionally, we must think critically about how the local media & ‘12’ have responded to this incident. ??‍♂️ We have got to come to grips with the fact that Winston-Salem is an institutionally racist neoliberal city with accommodationist POC at key positions in the power structure

The Journal should consider printing the entirety of Dan Besse’s FB post in its paper. It’s an excellent essay. Besse rose to the occasion.

“The senseless killing yesterday of Mr. Julius Sampson deprived his family and our whole city of a good family man who was widely beloved in our community. I spoke this morning with Sherriff Bobby Kimbrough and other friends of Mr. Sampson’s family, and I asked Sherriff Kimbrough to pass to the Sampson family my deepest personal sorrow and sympathy. He will be greatly missed.

On behalf of the citizens I represent in the neighborhoods surrounding the site of this shooting, I am outraged that we continue to lose lives to the insane epidemic of gun violence that plagues our nation. For those who may have thought otherwise, this killing shows again that no part of our community is immune.

The person charged with the murder of Mr. Sampson is in custody without bond, and I look to see the justice system deal with him individually. That can deliver a measure of justice in this case, but that alone is not enough.

Whether it’s in El Paso, Dayton, or Winston-Salem, this epidemic of gun violence has to be stopped. Whether it happens on East 17th Street, Sink Street, or Hanes Mall Boulevard, it has to be stopped. I ask other concerned and outraged members of our community, and communities across North Carolina and America, to demand action now from our elected leaders at every level, to stop gun violence.

Furthermore, as a proud member of a diverse community, I am outraged by the equally horrifying rise of racist hate speech, hate crimes, and toxic white nationalism in our country today. We face a tragic state of affairs when we need to conduct a news conference to reassure our people that our police have no evidence at this time that this shooting was an act of pre-planned white nationalist violence. But when a horrific mass shooting in Texas just days earlier has every appearance of having been just that, I can’t blame anyone for raising the question here.

Where once our national leaders called on the angels of our better nature to prevail, some of our highest current elected leaders today instead have helped to unleash the demons of our worst national nightmares. I ask other concerned members of our community and nation to call on those leaders to stop, and for our elected leaders at every level to join in disavowing racist hatred.”