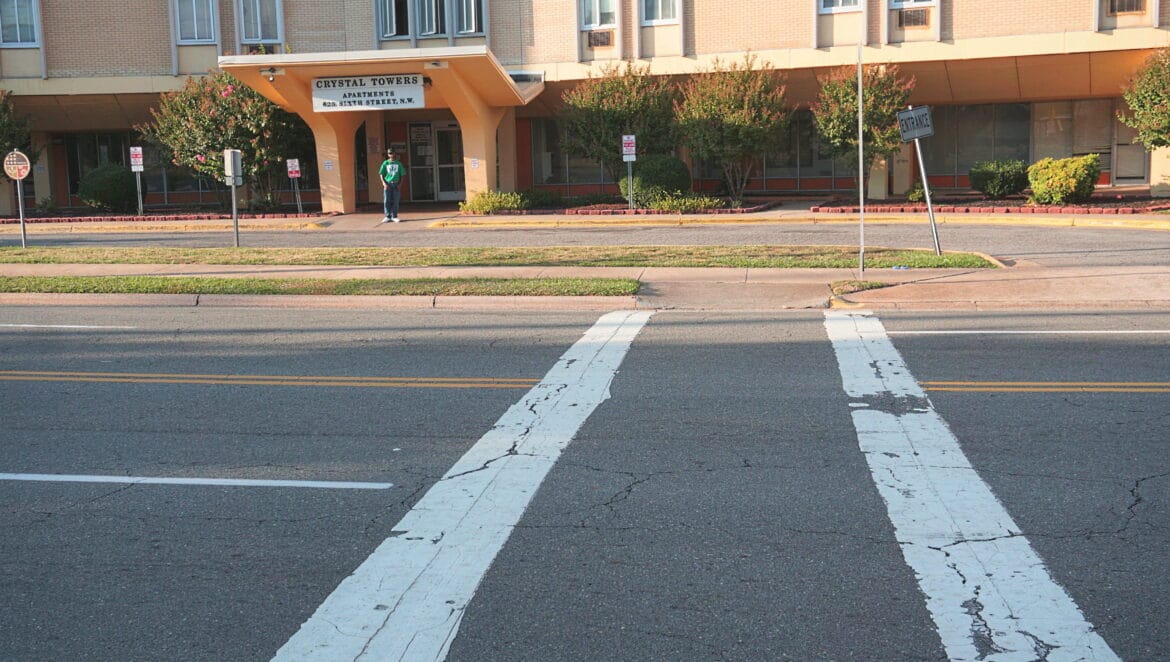 Last month, a resident of Crystal Towers was hit by a car at the intersection of West Fifth and Spruce. When I learned about the accident on Twitter, I had a sneaking suspicion that I knew who the victim was. The Journal’s Allison Lee Isley’s photo of an empty wheelchair in front of an EMS vehicle confirmed my suspicions. The victim was, in fact, D.D. Watkins, a wheelchair-using friend of mine who was trying to get back to Crystal Towers on a Friday afternoon when an SUV ran her over.

I spoke to D.D. while she was recovering at Wake Forest Baptist and again after she returned home to Crystal Towers. She spent approximately two weeks in the hospital recovering from a cracked pelvis. But her spirit was never broken. Ms. Watkins has been through more than most of us could endure. Gangreen took her hands and feet over a decade ago, after a car accident.

At Baptist, D.D., a woman without an ounce of fear, was excited that the staff taught her some new skills. D.D. must have impressed Baptist’s staff. They recruited her to help and encourage other patients who have lost their hands. D.D. is a fighter. D.D. could have given up long ago. But she’s determined to adapt to her physical limitations and live her life to the fullest.

Ms. Watkins is also determined to stay at Crystal Towers, at least until the Housing Authority provides a satisfactory replacement. Currently, HAWS’s plan is to eliminate Crystal Towers without replacing the 200 truly affordable housing units. HAWS is planning to give the approximately 200 elderly and disabled residents of Crystal Towers housing vouchers and/or move them into existing public housing.

Ms. Watkins likes Crystal Tower’s central location; it’s close to her church and many of the other resources that she needs on a daily and weekly basis. Crystal Towers is the Housing Authorities’ only downtown property (except the Loewy Building). The rest of HAWS’ properties, with the exception of Healy Towers, are in East Winston. Many of them are in a similar condition to Crystal Towers-old and in need of repair. But HAWS’s other properties are in neighborhoods that lack the safety and convenience of Downtown Winston. 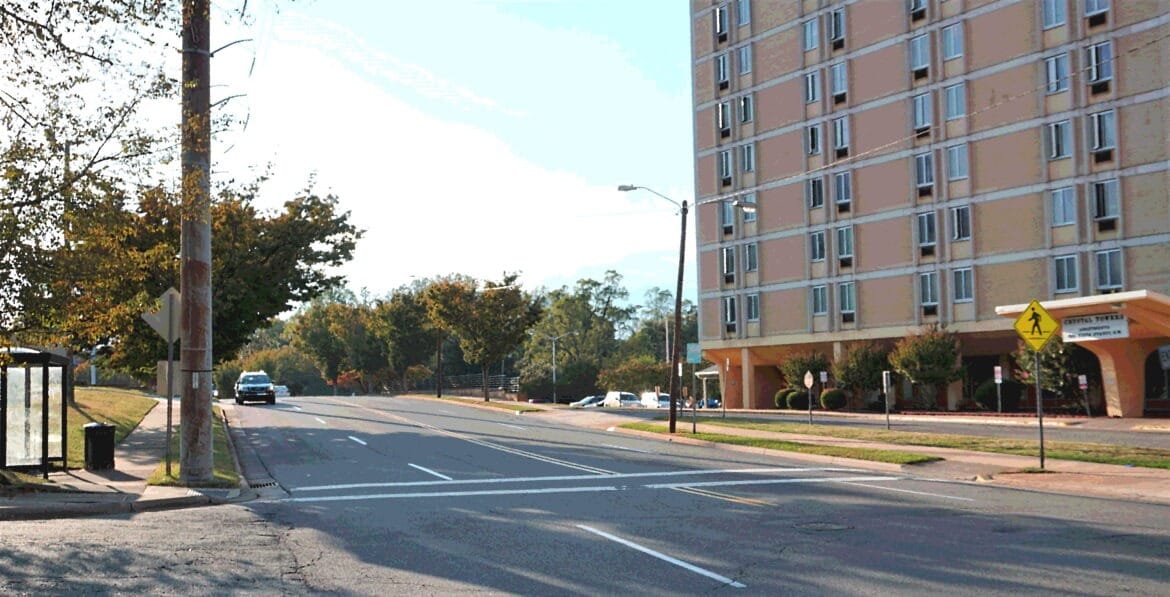 Pushing Crystal Towers’ residents out of Downtown Winston is an obvious case of gentrification. Jeff MacIntosh admitted that in a city council meeting a year ago.

Ms. Watkins was run over by an SUV driver who wasn’t paying attention. But it’s the City of Winston-Salem that failed to provide safe crosswalks for the residents of Crystal Towers.

At a minimum, the City of Winston-Salem urgently needs to put a pedestrian-friendly crosswalk, with a button that stops traffic at Sixth and Poplar and Fifth and Poplar. The City and Housing Authority should have put these safety measures in place years ago. The fact that they haven’t speaks volumes about how they really feel about the poor and disabled.

Upgrading a couple of intersections won’t be expensive or controversial for the City. But building new, truly affordable housing will be. In the long run, housing the poor prevents homelessness and saves the government money.

The City and Housing Authority needs to build more truly affordable housing units before they destroy Crystal Towers. CT residents, like D.D. Watkins, deserve that. It’s time that the system began working for folks like D.D., instead of against them. The City failed to put in place safety measures that could have prevented an SUV from running over D.D. Watkins’ wheelchair. Shame on them if they ignore the plight of the approximately 200 elderly and disabled residents of Crystal Towers facing an uncertain future with the sale of Crystal Towers pending.