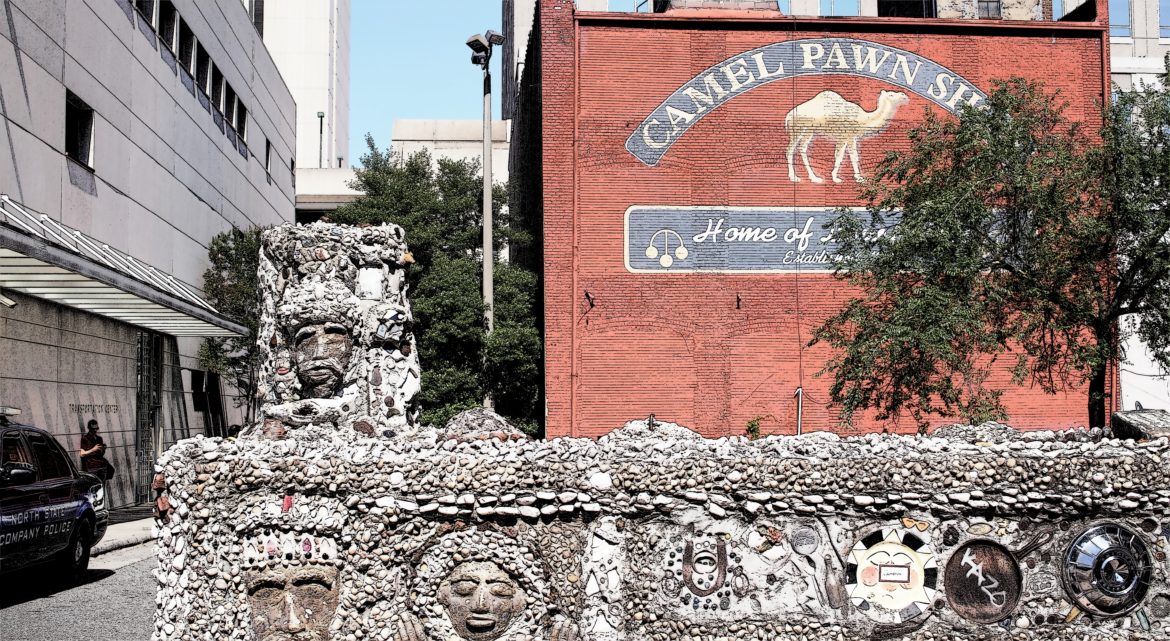 Last Friday the Winston-Salem Journal published an article that was somewhat of a hit-piece aimed squarely at patrons of the downtown bus station. To be fair, Wesley Young’s piece wasn’t nearly as bad as its print title, “Artist’s vision turns ugly: Decorated downtown wall is scene of problem behaviors; city looks for solutions.”

It’s not often that the business class lets the rest of the city know what they really think. Last Friday’s front page article on undesirable behavior supposedly occurring at or near Mr. Imagination‘s 55 foot, Memory Wall of Love and Peace was one of those rare moments of transparency. “I get calls about people feeling uncomfortable when they walk by,” Jason Theil of the Downtown Winston-Salem Partnership was quoted as saying. Theil went on to call the wall a “hangout” and said that “we have had fights break out there. There are a lot of loud arguments.”

A downtown patrol officer told the Journal that “panhandling is a bad problem over in that area…” The officer also said that he had heard of “sex and prostitution taking place at the wall or nearby.” I have no doubts that panhandling is occurring near the Clark Campbell Transportation Center. But Winston’s business and political elite know that criminalizing panhandling is problematic. That’s something that Brian Clairy explained to Triad City Beat’s readers several months ago when Greensboro tried to outlaw panhandling:

“We can’t make an ordinance against asking for money, because it happens all the time. Every single piece of construction in downtown Greensboro right now is at least partially the result of handouts — from investors, from incentives, from Greensboro City Council itself. Every nonprofit in the city regularly extends its hands to maintain a mission or an ideal, just as every church passes around a collection plate to keep the fires burning.

And come election time, councilmembers themselves will be asking for campaign contributions to fund their re-election efforts.”   -Triad City Beat,  July 26, 2018

Winston’s paper of record, instead of making panhandling the central topic, reports allegations of “sex and prostitution” have occurred at or near Mr. Imagination’s Memory Wall of Love and Peace. That’s a dubious claim. Though the wall in question is 55 feet long, it’s only approximately 3 feet tall. It’s far too short to provide cover for any type of sexual activity.

Panhandling can be unpleasant and inconvenient. But so is poverty and food insecurity. And as Brian Clairey pointed out, it’s the business and political class that ask for the most substantial handouts. Yet it’s the business class that resents the presence of Brown, Black, and working-class bus patrons in their fancy downtown. Developer Mike Coe said as much in 2008:

“The bus station (at the intersection of Trade and Fifth streets) has been a hindrance,” says Mike Coe, a builder who does a lot of work in downtown Winston-Salem and who has been dubbed the Mayor of Trade Street.

The bus depot tends to attract people loitering throughout the day and night. And whether it’s true or not, many have the impression that the area isn’t safe, Coe adds, thus no one wants to risk investing too close to the intersection.”

Apparently, anything that downtown bus patrons do is a crime, their very presence is despised, despite that fact that DTWS bus station is often livelier during most days than the Empty Quarter. Any large group of African Americans downtown not coinciding with the National Black Theatre Festival unnerves Winston’s business class. In 2012, the Journal’s Scott Sexton reported that anyone charging their cell phones at Clark Campbell was being threatened with “larceny of electric power.”

Downtown Winston has not been redeveloped with members of the working class (whether they be Black, Brown, or white) in mind. Businesses along Liberty that serve primarily Black bus riders are closing with upscale coffee shops, bars, and restaurants taking their place.

It’s a disgrace that Downtown Winston doesn’t have space for ordinary people, except for the bus station, library, rescue mission, and Ronnie’s Country Store. Shame on the city’s leaders for their hostility towards our modern downtown bus station and the beautiful people that use it to negotiate our sprawling, segregated city.

Elites in Winston love art when it’s used to drive up real estate prices (not art for art’s sake). But when Black and Brown folks stand in front of an art wall designed and built by an award-winning artist, suddenly a work of art becomes a public nuisance. While a greened-up, fancy alley across from the Memory Wall of Love and Peace is “pocket park.” 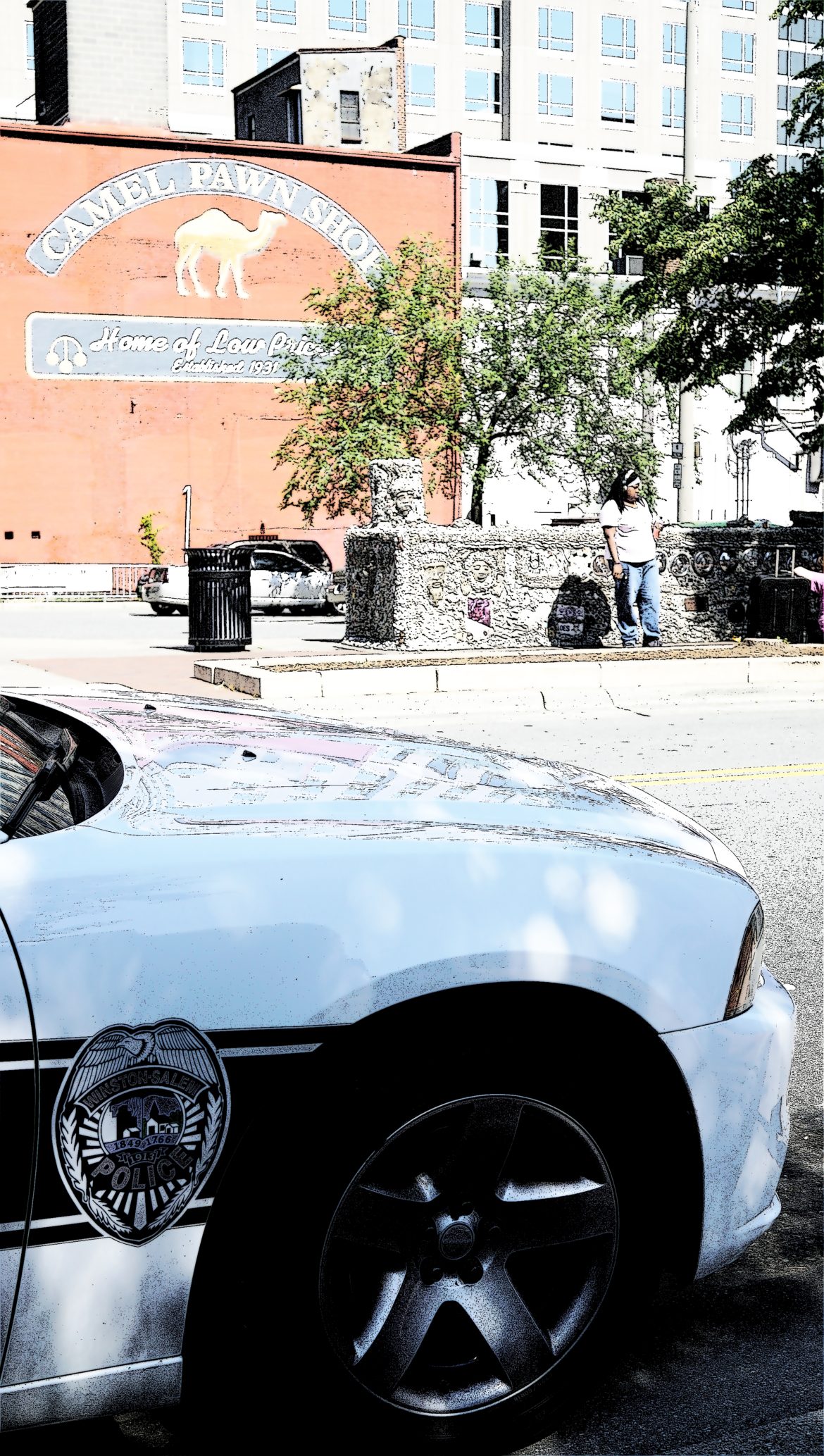