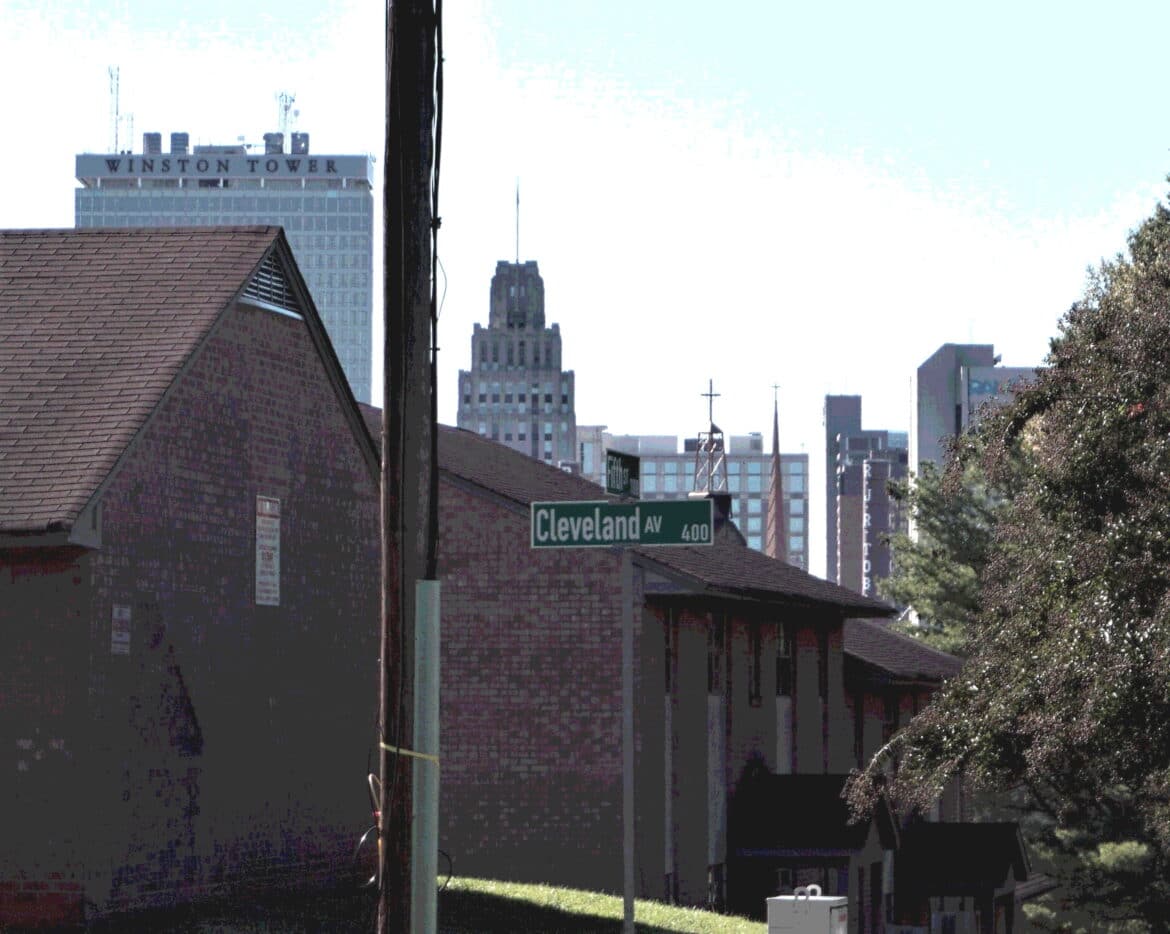 The former Burger King building at 510 N Martin Luther King Jr Drive reopened as a Popeye’s restaurant earlier this year. Winston’s second Popeye’s (the first location opened on University) was a major upgrade for East Winston, a community that lacks restaurant options that the rest of the city takes for granted. Even though the Popeyes at MLK and Fifth has been open for months now, the city has an issue with it. The City of Winston-Salem wants Popeye’s to conform to the higher standards of the Martin Luther King Jr. Drive Overlay District. This is a matter that the City has been debating since 2017.

At Monday’s City Council meeting, the request to have Popeye’s property at Fifth and MLK rezoned from Martin Luther King Jr. Drive Overlay to Highway Business was on the agenda. But once again, it was postponed. Councilmember Robert Clark, succinctly summed up what a lot of people are thinking, Clark said, “this is going on over two years now. I think one way or another; these people need to fish or cut bait here.” Clark went on to say that he would vote for postponement, but next time we need to take care of this, “I think two and a half years is long enough.”

The new Popeye’s is a small shot in the arm for the City’s ‘East End’ redevelopment plans, even if it doesn’t meet stringent zoning requirements. Burger King/Popeye’s essentially called the city council’s bluff when it reopened without conforming to the Martin Luther King Overlay district’s requirements. The City of Winston-Salem squabble with Burger King/Popeye’s is a reminder that for the moment the ‘East End’ is an aspiration and not a reality.

The ‘East End’ is changing at a rather slow pace. The rebranded neighborhood bounded by the Business 40, the Innovation Quarter, and Martin Luther King Jr. Drive on two sides has yet to take off. For skeptics such as myself, who are worried about rising rents and gentrification, this isn’t a bad thing.

Public meetings on the ‘East End’ Masterplan started back in 2016. At those meetings, there was substantial pushback from African Americans in the community, who desired investments throughout East Winston, not just the portion adjacent to the Innovation Quarter. But just before Councilmember Derwin Montgomery left the council for state office in November 2018, he got the East End Masterplan adopted by the Winston-Salem City Council.

Then in 2019, Montgomery’s replacement, Annette Scippio appeared to be standing with many in East Winston who want development throughout their community when she questioned giving $3 million to S.G. Atkins CDC to buy up properties in the ‘East End.’ But whatever Councilmember Scippio’s reservations were about the ‘East End’ Master Plan, she never attempted to undo what the city council had previously approved. In February’s East Ward debate at the Delta Arts Center, Scippio didn’t have anything but praise for the ‘East End’ Master Plan.

While then-candidate Phillip Carter called the ‘East End’ Master Plan gentrification, Scippio sang its praises. Then she dropped a bombshell. Scippio said that “a $50 million complex along Fifth Street” was in the works. Scippio also stated that here is going to be a  project that will affect the shopping center. Since Scippio’s apparent slip of the tongue, no official announcements have been made regarding future developments in the ‘East End.’

The Garden Court Apartments on Fifth Street appear to be the redevelopment project that Scippio mentioned back in February. It’s a shame that a block of apartment buildings remain boarded-up when the city is facing an affordable housing crisis, made even worse because of massive job losses caused by COVID-19. At some point, human rights must triumph the prerogatives of capital.

Change is coming to the East End. But as a mid-sized city, with far less capital than Charlotte or the Triangle, new developments and the gentrification accompanies development occur at a slower pace here and tend to ‘transform’ communities less completely than in larger cities. Thank goodness.

“This is going on over two years now. I think one way or another these people need to fish or cut bait here.” -Councilmember Robert Clark

There is no doubt that affluent downtown development is attempting to cross Highway 52. The “transformation” of Cleveland Avenue should help make the ‘East End’ safer for capitalists to invest in. But significant hurdles remain. The City of Winston-Salem didn’t have the money to transform the ‘East End’ prior to COVID-19. The County is too busy building a costly new courthouse and an unnecessary museum to fund the ‘East End.’ Time will tell if  S.G. Atkins has the competency to transform a section of East Winston into the ‘East End.’ Gone are the days of Urban Renewal when entire neighborhoods could be razed for “the good of the city.” (But evidence of the adverse effects of Urban Renewal are plain to see, throughout East Winton).

There are some signs of slow progress in the ‘East End.’ A few new homes have been built near Forsyth Seafood. The eyesore automotive repair business at 1330 E 5th St has been replaced by another less un-sightly automotive repair business. The Southgate Apartments adjacent to Highway 52 have been remodeled, and across the street from Mars Hill Baptist Church, there are plans to develop that long-dormant site.

Another obvious sign of changing times is the Claremont Townhomes. The owners of the property recently dumped the name Claremont in favor of the name, 555 East. Located at 555 N. Martin Luther King Jr. Drive, the former Claremont Townhouses, were the last property on MLK Drive that reflected the street’s previous name. Claremont Avenue became MLK Drive in 1987. The new name, 555 East conveys the apartment complex’s proximity to the ‘East End.’ Along with a fresh coat of white paint, the new name will bring higher rents to 555 Martin Luther King Jr. Drive. 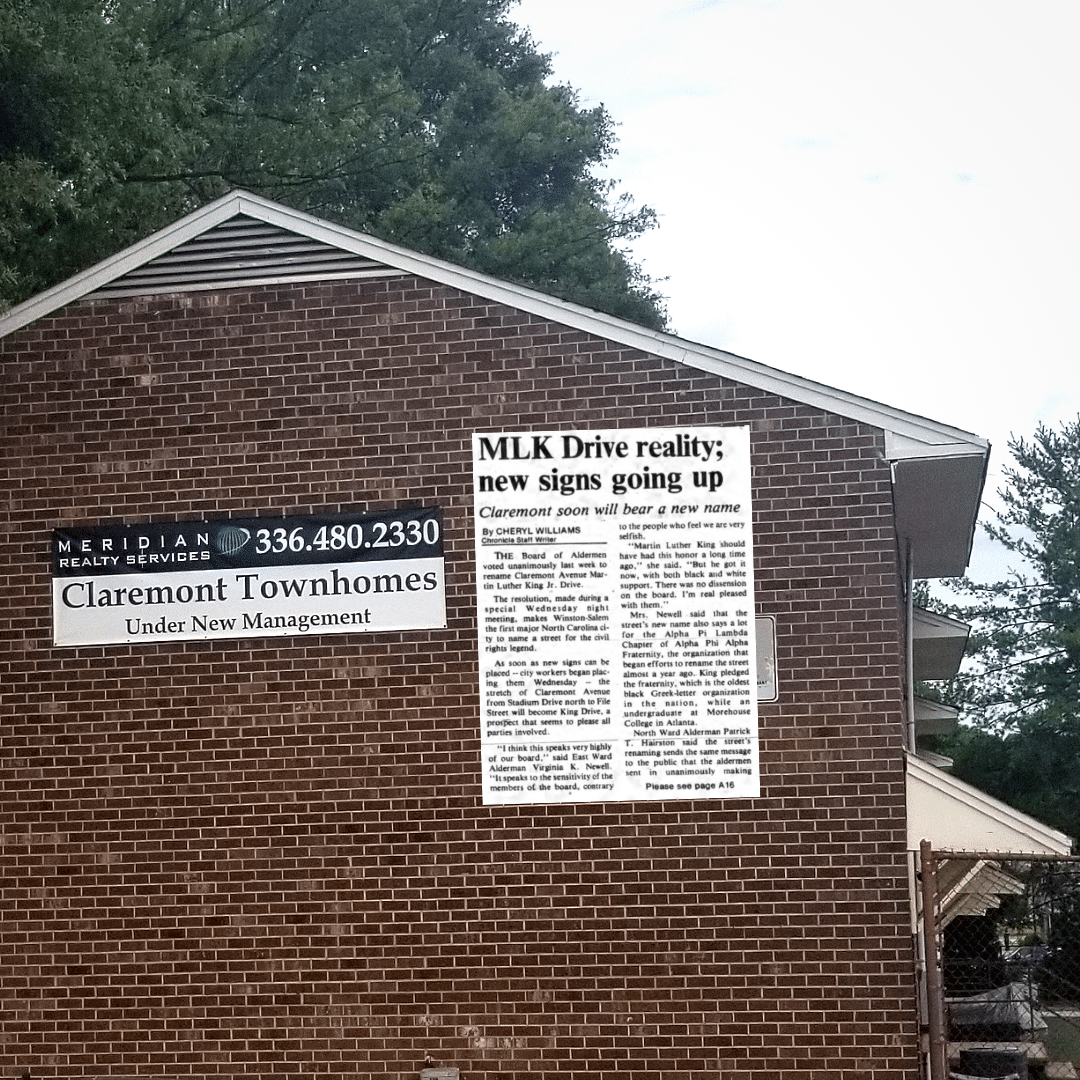 BEFORE: The Last Reminder That MLK Drive Used To Be Claremont Avenue Is Now Gone. Good Riddance! 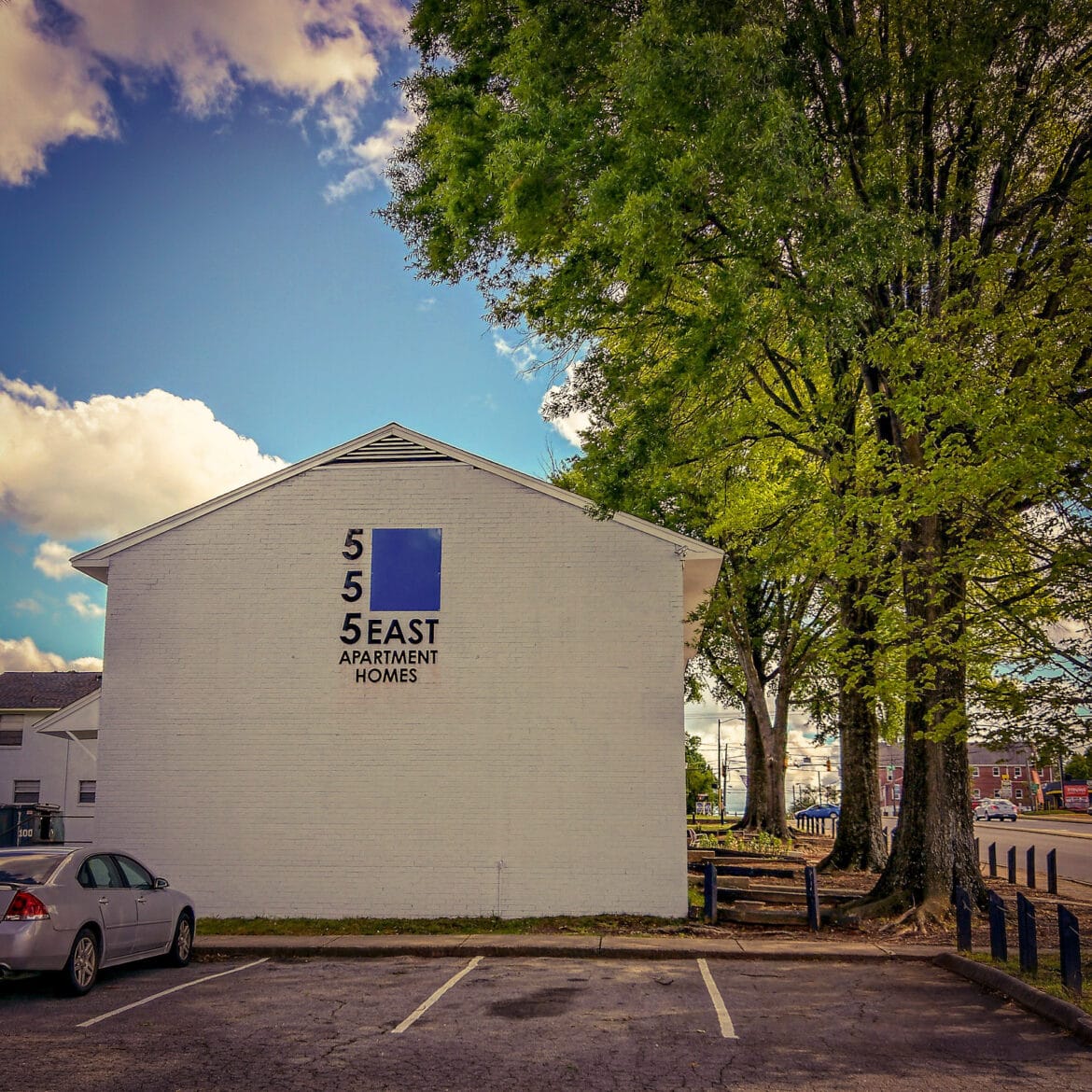 AFTER. Capital Doesn’t Like The Name Martin Luther King, Jr. It Prefers Vaugue Names That Are Easier To Market.