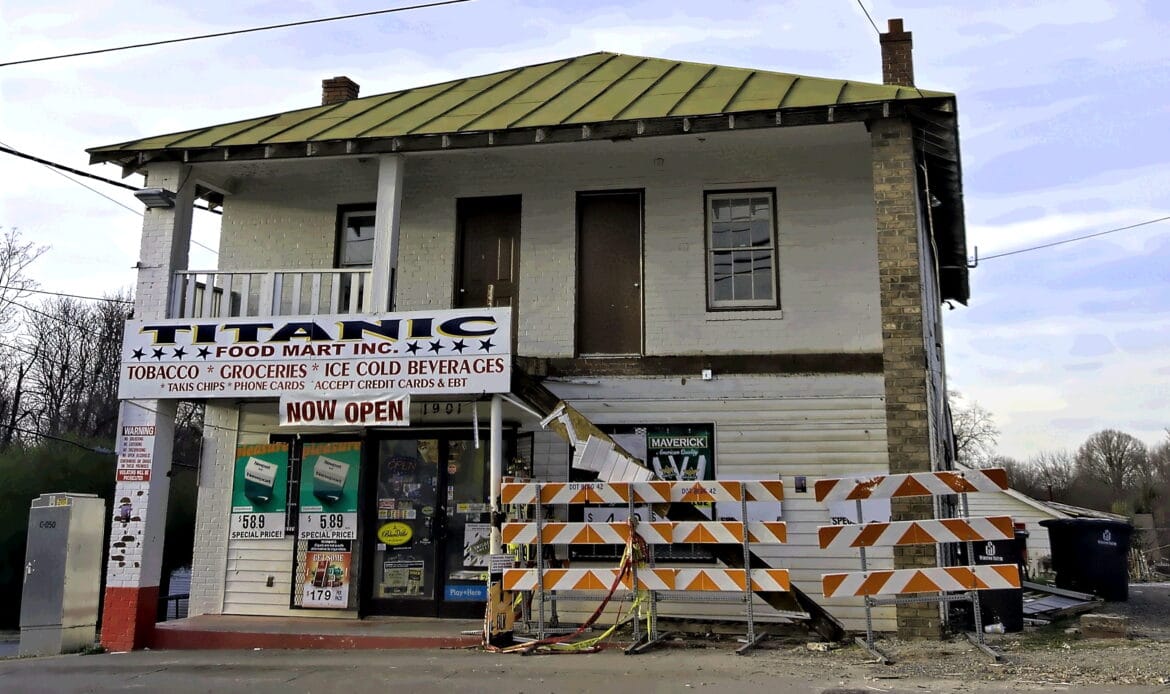 Last month, the corner store at 14th and Cameron was damaged when a vehicle crashed into it. When I recently looked at the damage myself, it struck me that the 14th Street corner store is representative of the plight of East Winston. A mural painted by Marianne DiNiapoli-Mylet and Donell Williams in 2015, presents the story of Black achievement in East Winston as stops along a Safe Bus route.

It’s an impressive mural and there is no denying the achievements that local African Americans have accomplished, in spite of entrenched racism. From master brickmaker George Black to politicians like Larry Womble and Earline Parmon, the history captured my the mural at 14th and Cameron is worth celebrating.

An automobile tearing through the front side of the building is a powerful reminder (until they fix it) that ever major highway that has been constructed in our community has been routed through Black neighborhoods, from Highway 52, Business 40, University Parkway, to Silas Creek. So many good homes and thriving Black businesses were casually sacrificed in the name of progress.

But, the fact that such an important mural is on the side of a corner store that sells primarily junk food, cigarettes, and beer, says something about the prevalence of food deserts in East Winston. Food Lion is the only major grocery store in Forsyth County that operates east of Highway 52. Decades ago, there were so many Black grocers in business, that it was hard to count them all. With consolidation, primarily white, affluent areas of our community have multiple grocery stores, while primarily Black and Latinx communities are plagued with corner stores.

Someone made a poor marketing decision when they decided to change the 14th Street Discount store’s name to Titanic Food Mart. The name “Titanic” next to the mural at 14th and Cameron gives the impression that East Winston is a sinking ship. Which, unfortunately, it is. Home values not bounced back from the nosedive they took after the Great Recession of 2008-2009. City programs, such as RUCA and TURN have not had the positive economic impact that a community land trust would have had. 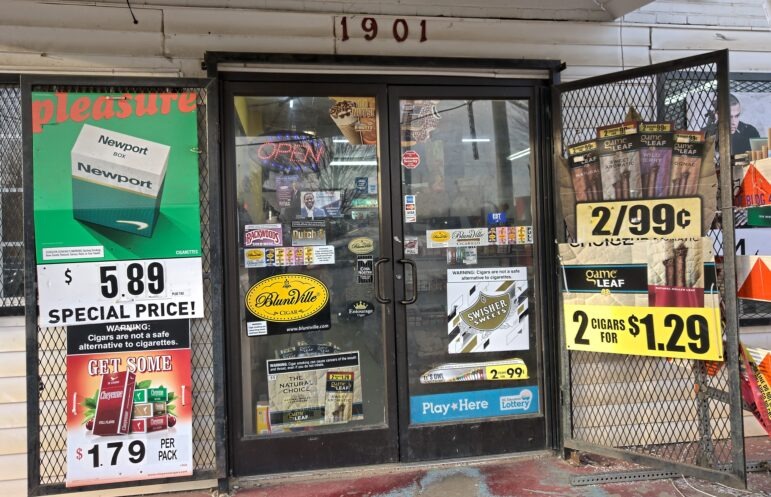 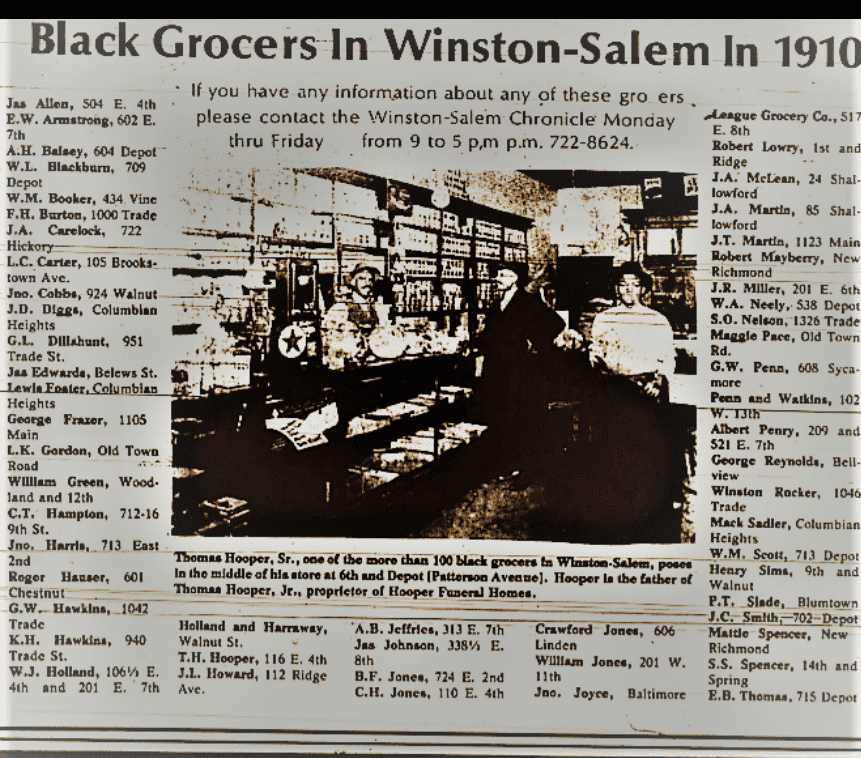 Decades Ago: According to The Chronicle, in 1910 there were over 100 Black grocers in Winston-Salem. 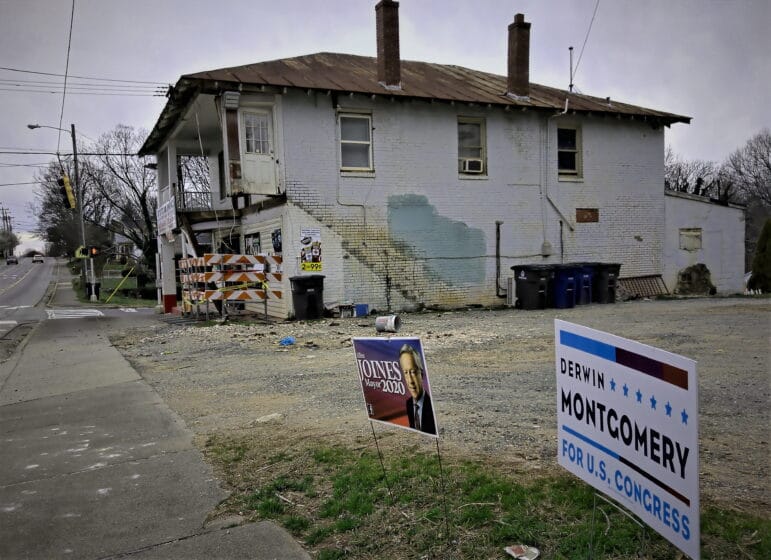 Mayor Joines and East Winston are both getting up there in years. 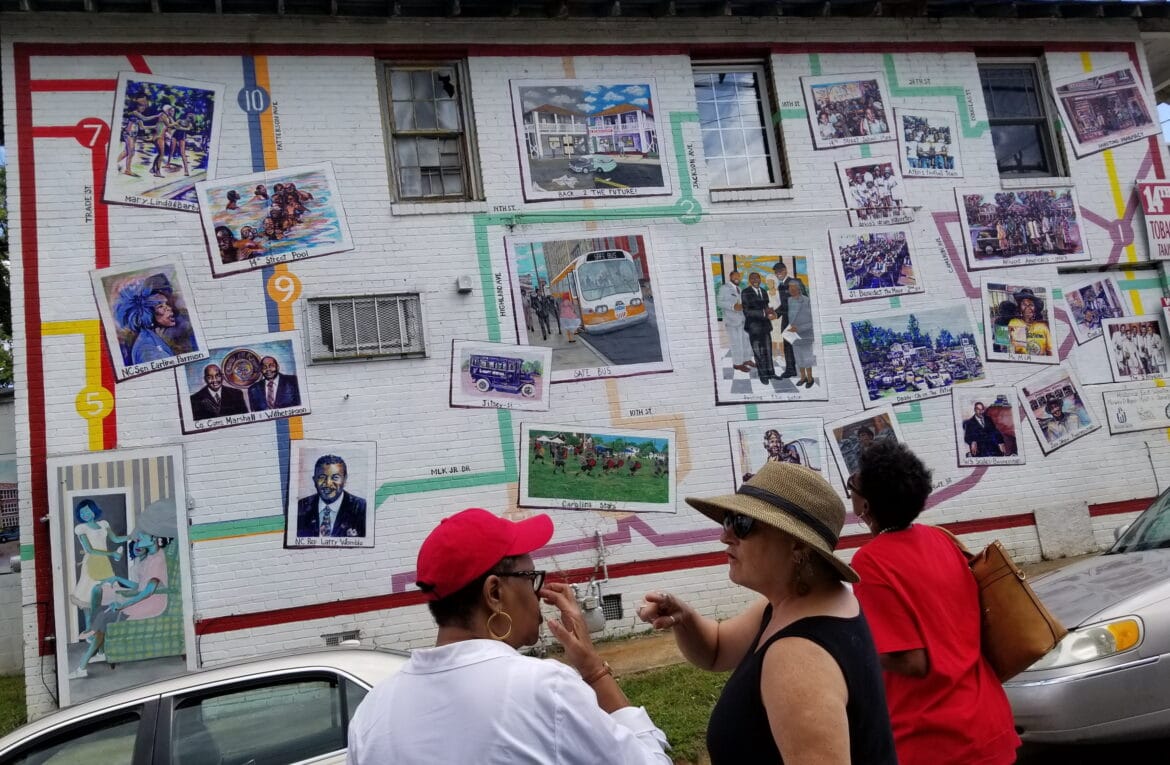 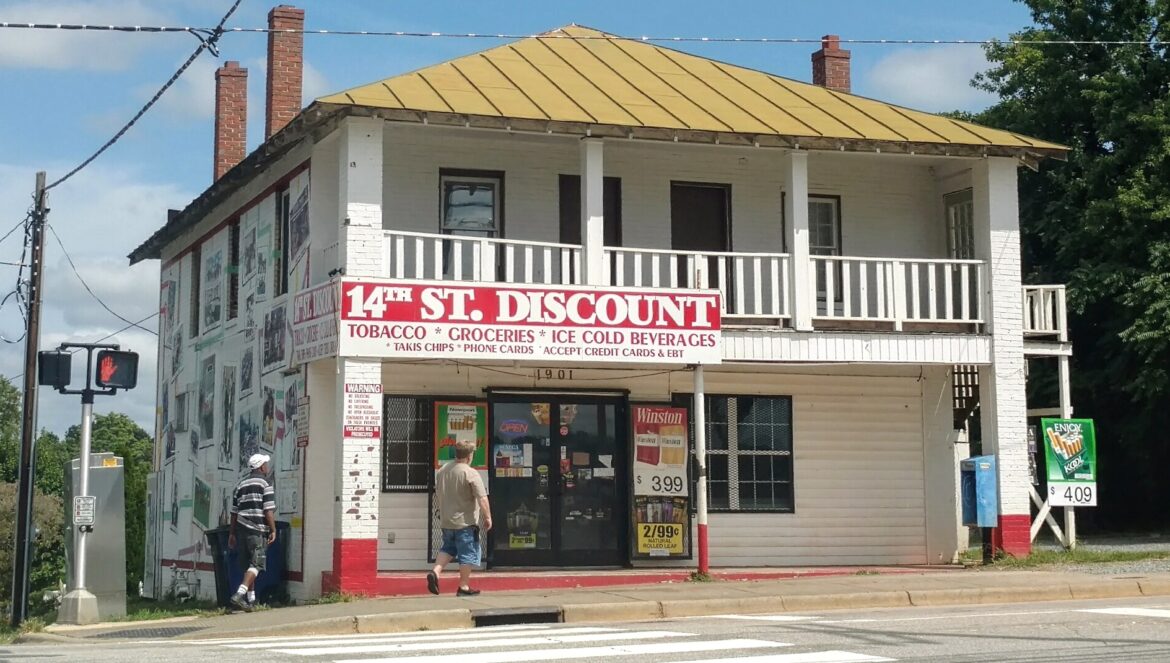 The corner store at 14th and Cameron a few years ago, before it was renamed. (Photo: CP Tew)