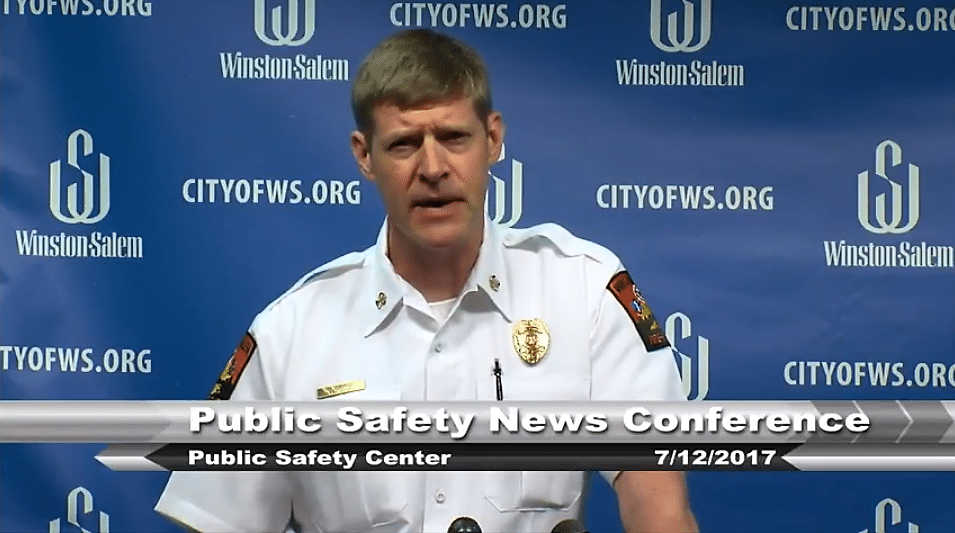 The July Public Safety News Conference had some fireworks, courtesy of Fire Chief, William “Trey” Mayo. Fire Chief Mayo was noticeably annoyed that local media outlets (except Spectrum) ignored his suggestion that they give more coverage to the dangers of cooking fires.

Mayo let the media have it:

“I stood up here before you last month and asked for your assistance. I’m talking to the media now in helping us promote the frequency and the dangers from cooking fires and I only got one taker, that was Spectrum. Since I was up here before you last month, we have had 17 fires, building fires. Which is about 1 every 39 hours, 6 of those or 35 percent resulted from unattended cooking. From those six cooking fires seven people were put out of their homes and one person was hospitalized.

So, I ask you again, where is the outrage? Where are the cries for action? Why is this okay? Why are we more concerned with how Amelia Earhart died 80 years ago than we are with what is killing fire fighters and American civilians right now in 2017. I don’t understand, I can’t get my mind around it. So I am going to ask you again, I am asking for the media’s help. I want you to help us put the risk and frequency of cooking fires in front of the public’s eye every night at 6 o’clock with same fervor that you want to tell us who got shot in the last 12 hours. And I will remind you, as I have told you before.

Seeing Fire Chief Mayo’s passion for cooking fires, I decided to write this article in an attempt to spread the word; cooking fires are bad. They can burn your kitchen and even your whole house down. If you love your family and respect your property, please take a moment to click on the link here for a review of cooking safety tips. (For the other 99 percent of people who understand basic fire safety, please ignore this paragraph)

Why on earth is Chief Mayo comparing fires to gun violence? The two are entirely different. If your neighbor gets mad at you, it’s improbable that he’s going to set you on fire. But he might shoot you. That sort of thing happens all the time in our cowboy country.

People shoot each other in America at a rate higher than in any other economically advanced country. The fact is anyone can pull a gun on you. That is a scary reality in this country that politicians beholden to the NRA and the arms industry refuse to address. Downplaying our nation’s problem with gun violence won’t make the problem go away