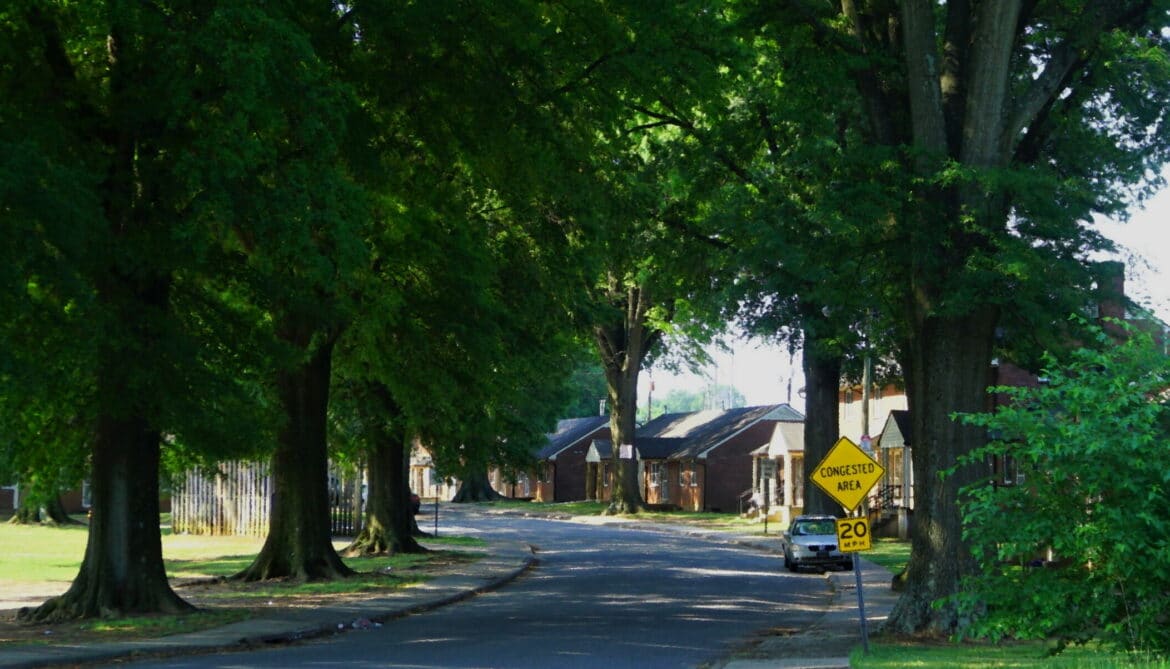 Saturday evening, local law enforcement and politicians-Sheriff Bobby Kimbrough chief among them hosted a spaghetti dinner fundraiser at Fries Memorial Moravian Church. Their goal was to raise $15,000 to upgrade Piedmont Circle’s pathetic playground. According to WXII, they exceeded their goal by $3,000. Eighteen thousand dollars for new playground equipment at Piedmont Circle is a wonderful thing. I commend the diverse group of folks who came together to make this happen. They embody the spirit of Crossing 52, which is fitting since Fries Memorial Moravian was originally on the other side of Highway 52. (The white Moravian congregation sold their former church to Mars Hill Baptist Church in the early 1940s when East Winston flipped from white to Black.) 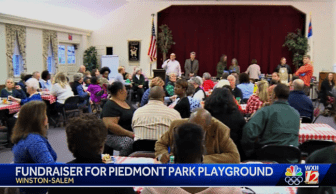 Screenshot from WXII. Unfortunately, I couldn’t find an article on their website.

Sad excuse for a playground. This is one reason why I don’t use the term, Piedmont Park. Piedmont Circle isn’t a park.

Piedmont Circle was built in the 1950s. Originally, it was a white-only housing, while Happy Hill and Kimberly Park were designated Black-only. For decades now, Piedmont Circle has been majority Black. It might be the worst public housing property in Winston-Divided. Thousands of cars on Highway 52 drive past Piedmont Circle each day. Planes from nearby Smith-Reynolds airport fly over it, but few people in our city give Piedmont Circle think of Piedmont Circle as anything other than a crime scene.

But the real crime is the fact that we as a society have failed the majority Black and brown residents of Piedmont Circle and other marginalized communities of color in our city. Piedmont Circle needs a new playground, but they need so much more!

Charity can be a useful tool, but it’s no substitute for political organizing. The Cleveland Avenue Homes had their playground upgraded in 2012. Why is Piedmont Circle still waiting? The Housing Authority of Winston-Salem has substantial resources, why is a fundraiser required at all?

HAWS owns a $3-4 million dollar building on Fourth Street and several other residential and commercial buildings in the city, surely they could have found $15,000 for Piedmont Circle’s playground if they tried. 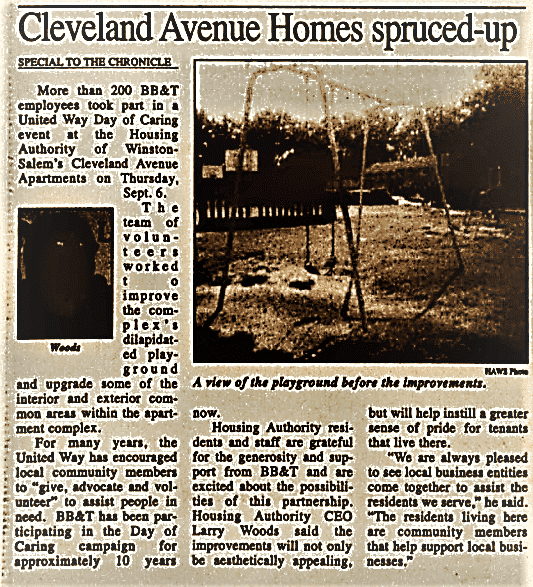