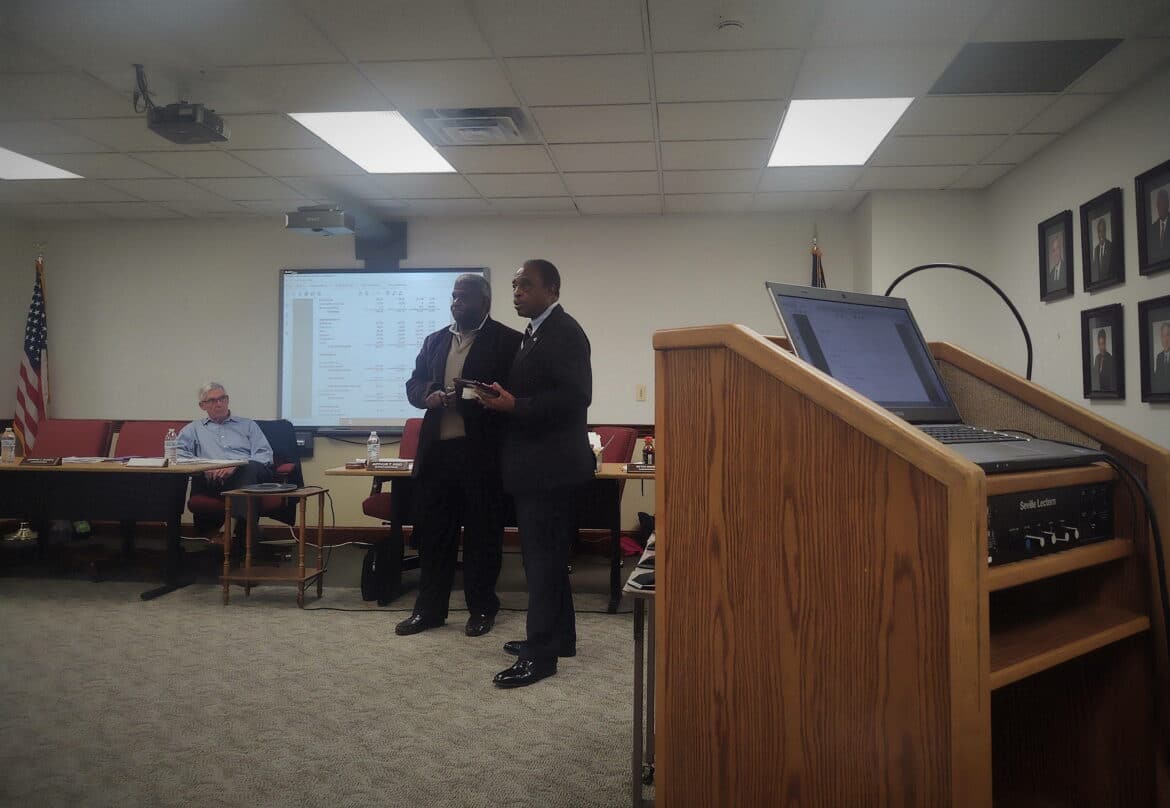 Larry Woods officially announced his retirement yesterday at the Winston-Salem Housing Authority’s monthly meeting on the third floor of the Loewy Building. Woods fought back tears as he accepted a plaque from HAWS’ Board Chair, Arthur King. Larry Woods has been the Chief Executive Officer of HAWS since December 2006. His retirement has been long rumored. A replacement for Woods is expected to be named soon.

Larry Woods ran the Housing Authority of Winston-Salem like a business from HAWS’ offices at 500 W. 4th Street. He touts self-sufficiently and laments the fact that some chronically underpaid individuals have been in his public housing units for years. Ironically, Larry Woods grew up in public housing in the Bronx, New York but spent his career dismantling public housing; from HOPE VI work in Philadelphia to putting Crystal Towers on the market last year. Wood’s hostility toward public housing (a New Deal program) has attracted the admiration of Representative Virginia Foxx.

Under Woods’ leadership, HAWS runs its properties (which are subsidized by taxpayers) like any other property management company. HAWS opened the Oaks at Tenth in 2013 and  Camden Station in 2015. HAWS refers to the Oaks and Camden as “step-up” housing, with higher rents and more stringent work requirements than the requirements at HAWS’ older housing units, such as Cleveland Avenue and Piedmont Circle. They’re a sign of the direction HAWS is moving in.

HAWS’ inability to redevelop the Cleveland Avenue Homes has been a colossal failure of the Winston-Salem Housing Authority, under Woods. HAWS applied (hiring high priced consultants in the process) several times for a $30 million, Choice Neighborhood grant to redevelop Cleveland Avenue, but without success. In fairness, the City of Winston-Salem also deserves blame for ignoring Cleveland Avenue and the entire Liberty Corridor while they lavished tens of millions of dollars on Downtown Winston.

But arguably HAWS’ greatest failure during Woods’ time as CEO has been it’s staggeringly high number of evictions. WFDD’s Eddie Garcia reported earlier this year that “since 2014, the Housing Authority of Winston-Salem filed the second highest number of evictions in Forsyth County. In 2018 alone, it brought evictions against nearly 40 percent of the households living in its public housing units.” Evicting residents puts them on the path to homelessness, not self-sufficiency.

Surveying the approximately 30 people gathered for HAWS’ last meeting with Larry Woods serving as CEO, I was impressed by the racial integration of the room. It was roughly half white and half Black. But sadly, they were not working together to bring about Dr. King’s dream. That group impressed me as some sort of civil rights nightmare; Black folks and white folks joined together to affirm property rights and ignore the plight of the poor.

HAWS has even strayed from its modest mandate, “to provide safe and sanitary dwelling accommodations for persons of low income.” I’ve talked to Section 8 renters (a program HAWS administers) who have told me HAWS has approved uninhabitable residences. I’ve heard horror stories at Cleveland Avenue, Piedmont Circle, and Crystal Towers.

The next leader of the Winston-Salem Housing Authority needs to make HAWS more humane towards its tenants. They need to dramatically reduce evictions and put the sell of Crystal Towers on hold until new housing (near downtown) is built for Crystal’s 200 elderly and disabled residents. 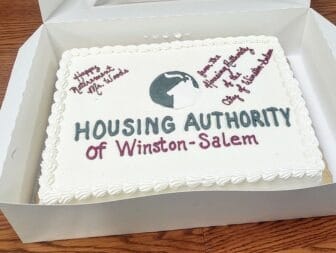