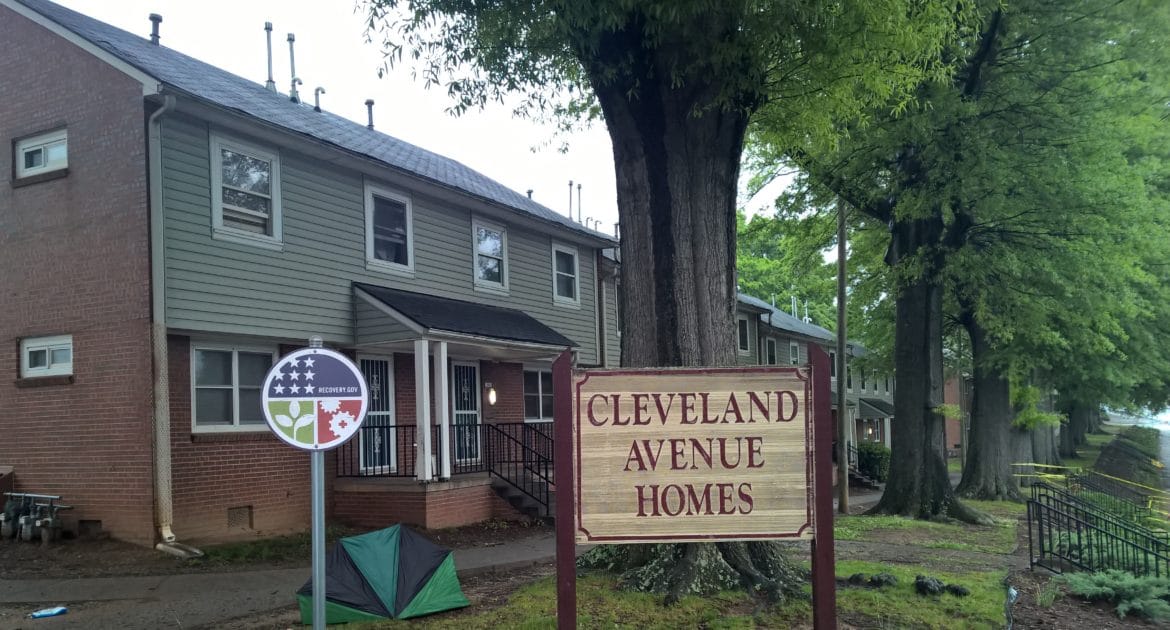 Monday I sat down and interviewed a resident of the Cleveland Avenue Homes. Tuesday I stumbled upon an old copy of The Black Panther newspaper dated March 1970. It’s the one with the Winston-Salem chapter of the Black Panther Party on the front page.*

The black power newspaper has an image of local Panthers, led by Larry Little assisting Miss Polly Graham. Graham had been unjustly evicted from her home. The Winston-Salem chapter of the Black Panther Party put Miss Polly Graham’s possessions back in her home and posted two men with shotguns at her front door. They ensured that neither the landlord nor the sheriff would hassle her. (Comrades: A Local History of the Black Panther Party, pg. 62) 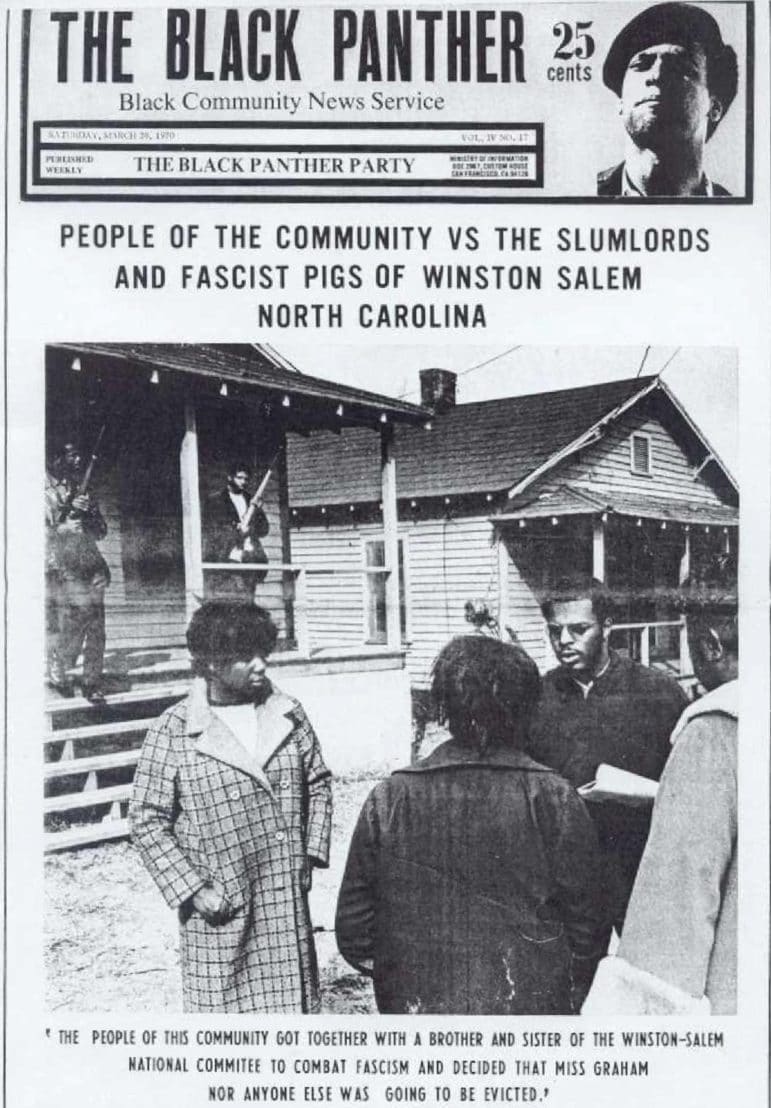 Nearly 50 years have passed since the Panthers engaged in direct action against unfair housing practices in Winston. In that time a lot has changed, but a lot hasn’t changed.

Back then, the head of the Winston-Salem Black Panther Party, Larry Little was confronting white slumlords. I’m sure there are still some white slumlords who own substandard housing in Winston today. But over time, many of Winston’s former slums were replaced with public housing.

A very different Larry, Larry Woods is in charge of Winston’s public housing. And HAWS CEO Larry Woods doesn’t spend much time reflecting on the fact that housing is a human right.

Mr. Woods is too busy transitioning Winston-Salem’s public housing to market-rate housing. For his efforts, Representative Virginia Foxx praised Woods from the floor of Congress.

In 2011, the Triad Business Journal marveled at Larry Woods’ management of HAWS:

The Housing Authority of Winston-Salem is not your traditional housing authority. It’s the only one in the state that’s also a certified real estate firm. It’s a member of the International Council of Shopping Centers, and it’s looking to hire a real estate development manager as soon as possible.

That entrepreneurial perspective shows in its plans to mix retail, commercial and residential space within a 130-acre neighborhood northeast of downtown between Cleveland Avenue and U.S. 52.

“We don’t view ourselves as a typical housing authority any longer,” said Larry Woods, CEO of the Housing Authority of Winston-Salem. “We are trying to not be totally dependent upon the federal government for our survival.”

But the question is, are Mr. Woods and his team at HAWS over-aggressively kicking folks off of the government dole? The Cleveland Avenue resident that I recently spoke to gave me that impression. 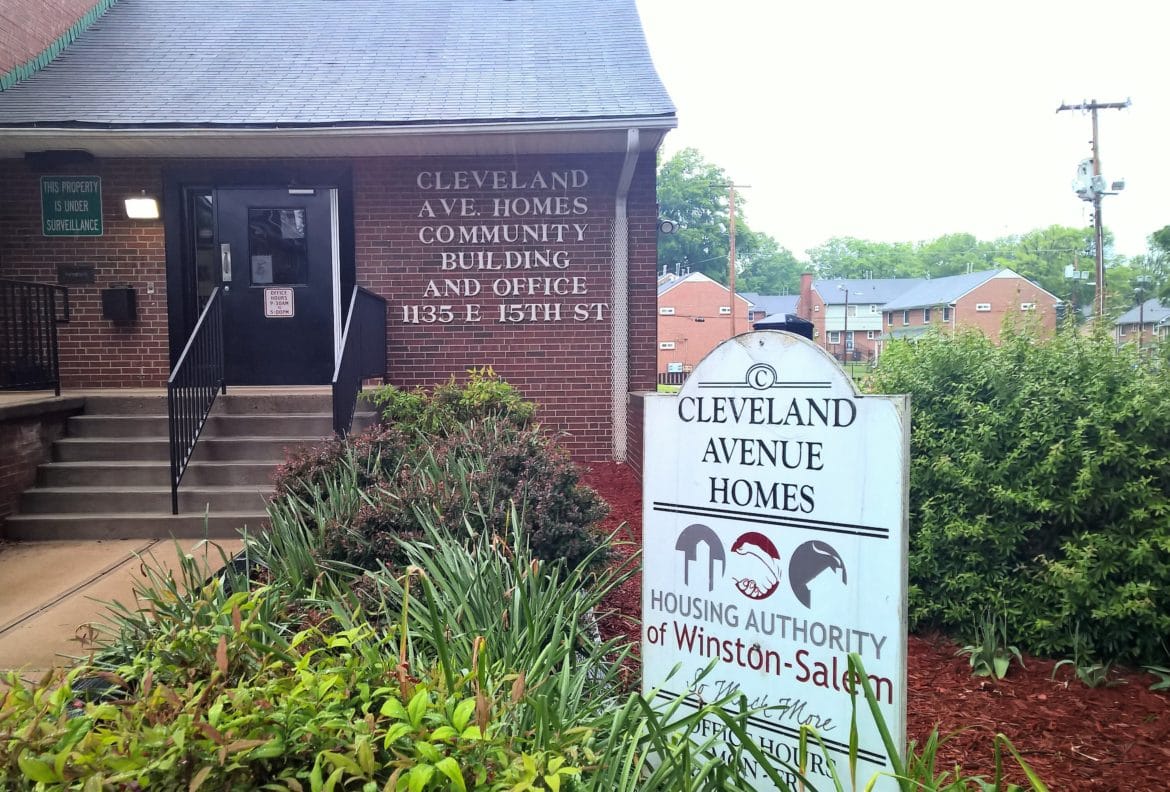 The resident that I spoke to told me that after they lost their job, they couldn’t get an honest accounting from HAWS. The formula for their rent had changed. All they wanted was clarification-to know exactly how much rent was due?

They received one bill after another with different amounts due. Multiple attempts were made to ask HAWS to clarify the matter. But no one would sit down with them and go over their bill. Instead, HAWS began eviction procedures.

I was told that this is not just one individual’s living nightmare. Several other residents of the Cleveland Avenue Homes are currently facing eviction.

HAWS is waiting with eager anticipation for the day that they can tear down the Cleveland Avenue Homes. That day should come soon. HAWS is expecting to get a massive grant from HUD in the near future.

When HAWS’s check comes in from HUD they’ll build a new mixed-income development complete with rules and requirements that would make it impossible for many of the current Cleveland Avenue residents to ever return to Cleveland Avenue.

Officials at HAWS, from CEO Larry Woods on down need to be held accountable. A better journalist than myself needs to dig into this story.

Two years ago the deplorable conditions at Rolling Hills and New Hope Manor were front-page news in Winston.

Since then there has been very little media attention given to low-income housing in our community. Winston has an eviction rate that is twice the national average. Manufactured evictions at Cleveland Avenue Homes need to be investigated.