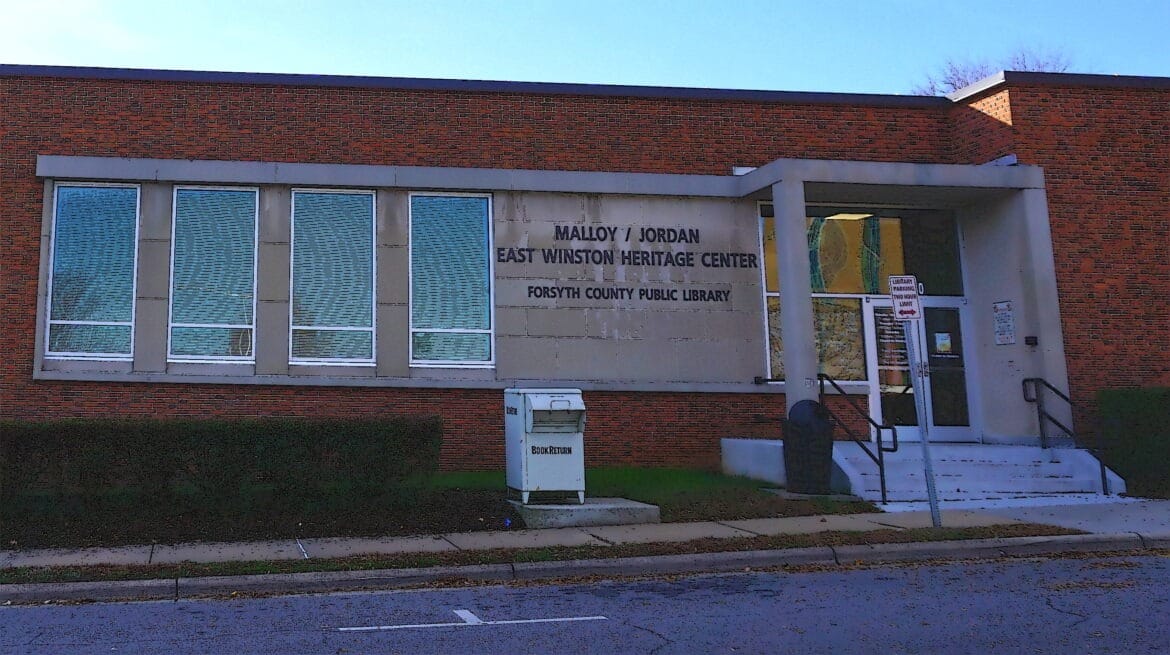 “East Winston, how can I help you?” That’s how a young white woman at the Malloy/ Jordan Library answered the phone when I was there recently.

The Malloy/Jordan Library is a modest building, subdivided into the main library room, a conference room, and an auditorium. The tiny Mally/Jordan is minuscule compared to the sprawling public health campus adjacent to it. It’s humble concrete block walls are adorned with an impressive collection of historic photos. Atkins High School photos dating back to the 1920s are everywhere, as well as Shades of Forsyth, an oral history project of selected African Americans in Forsyth County. It’s become the closest thing to a Black History Museum that Winston has.


New bathrooms, carpet, and fixtures have given an old and outdated building a fresh look. But there is only so much that can be done to an old building. There are few plugs to plug in your phone or laptop. There’s not much space period. You can go to the back corner or into the conference room, but the main part of the library consists of three small tables and nine desktop computer workstations. It’s not big enough for children to come and read a book or do some research on their laptops.

Sixty-five years later it’s still a symbol of a separate and unequal city. I sympathize with those who want to preserve the original Malloy/Jordan building. I appreciate the local history on its walls. But East Winston deserves a modern library. The segregation box on East Seventh is unacceptable for a community that is striving to reduce poverty and improve third-grade reading levels. East Winston deserves a better library. 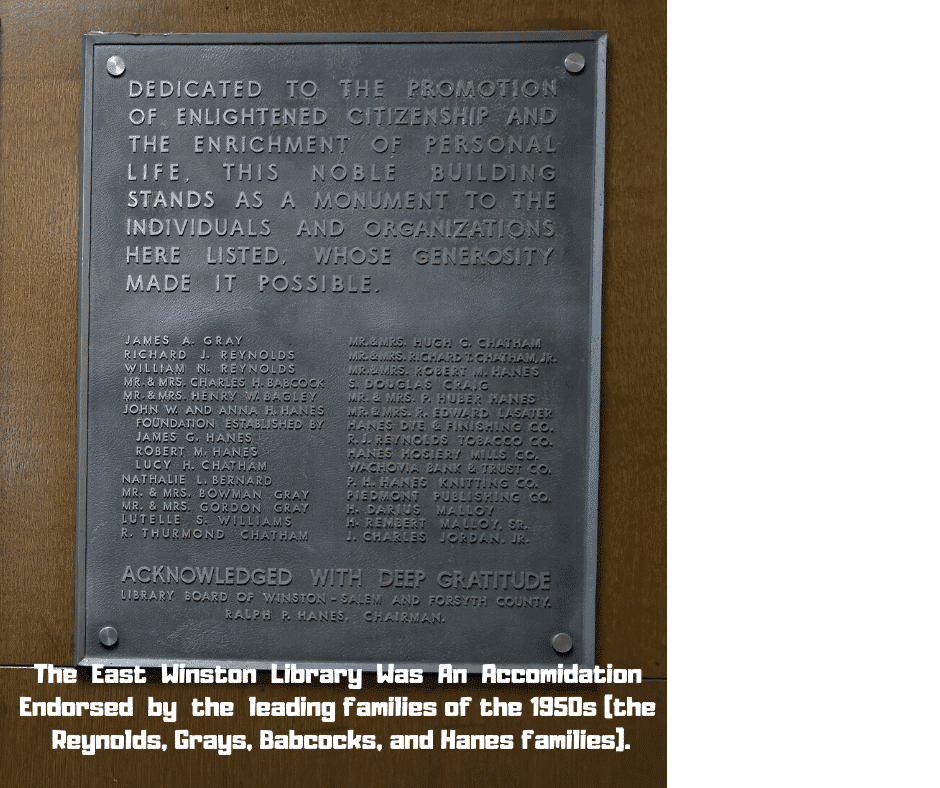