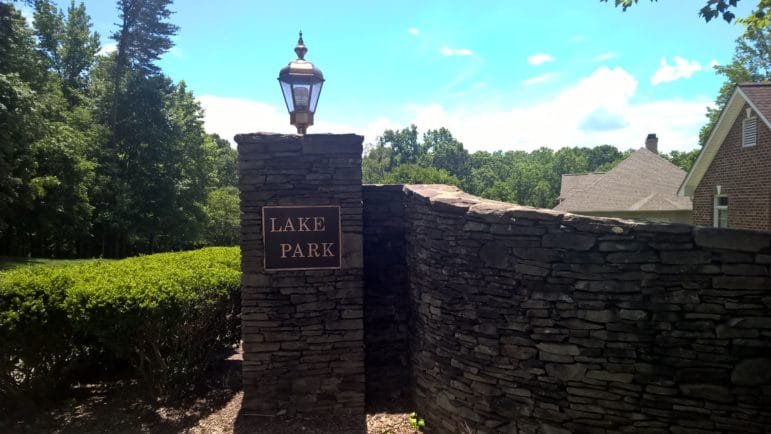 Last week the Winston-Salem City Council forgave a $167,500 loan to Lake Park Develpment, Inc. Lake Park Development, Inc. is owned by media/real estate mogul, Jose Isasi. Mr. Isasi’s has been the recipient of generous city subsidies in the past. But for now, let’s focus on Lake Park.

Lake Park is a nice subdivision, that was built in the 1990s onto an existing neighborhood off of Waterworks Road. It’s an upper-middle-class subdivision that would not be out-of-place in Clemmons or even Lewisville.

The project found some early success. Lots were sold. Nice houses were built. But the homes in Lake Park never appreciated in price the way that they would have in other more affluent, whiter sections of Winston-Salem, Forsyth County. In fact, the Winston-Salem Journal reports that home prices in Lake Park have depreciated over the years, though not to the degree that other homes in East Winston have.

The project stalled years ago. Half of the lots were never sold. Unable to pay the generous loan that the City gave him, Jose Isasi went hat in hand to the City Council. They gladly took back land that appears to be undevelopable under the original terms of sale and forgave the outstanding loan. Below is the City’s account of Lake Park’s half-development:

By practically any measure, Lake Park has been a failure. Homeowners have lost money. The City has had to forgive $167,500. The surrounding neighborhood has not been transformed (substantial pockets of poverty persist on Waterworks Road and adjacent to Lake Park on Old Greensboro and New Walkertown Roads).

Lake Park hasn’t transformed its own neighborhood, let alone all of East Winston. Yet, despite its failure, members of the City Council spoke positively at last week’s city council meeting about a project that clearly didn’t have its intended result.

East Ward representative Derwin Montgomery, in a somewhat incoherent statement, went so far as to call the project “successful” and referred to residents of Lake Park as “pioneers.”

Councilmember Jeff MacIntosh, who represents Leonard, Ryden, Burr and self-identifies as an urban pioneer in the Holly Avenue Neighborhood called it “a good deal for the City.” McIntosh clarified what he said previously in committee, saying that “this project does pay for itself in an 8-year period of time.”

Allen Joines echoed MacIntosh’s comments, adding, “they’ve been [the homeowners of Lake Park] paying taxes for about 20 years.” Sure, the residents of Lake Park have paid their taxes for years. But their tax dollars are supposed to be used for the City’s many needs, not to bail Jose Isasi out! 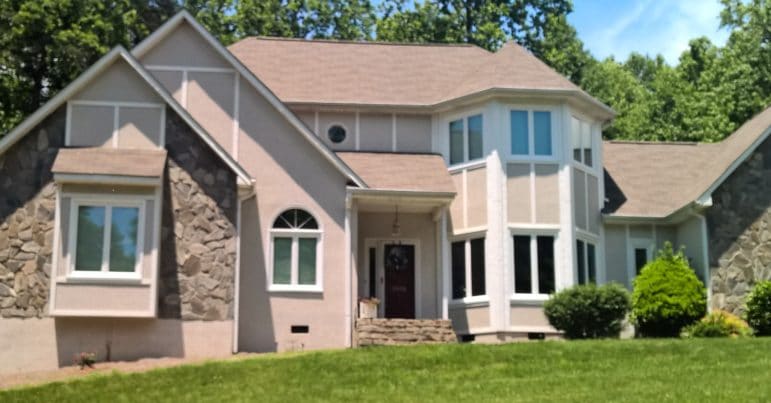 Only in Winston-Salem would this type of logic be acceptable! It’s time for Mayor, and Winston-Salem Alliance president Allen Joines, Mayor Pro Tempore, Vivian Burke, and the rest of the City Council to do a mea culpa.

They need to admit that their approach has been wrong and change course. Instead, they are resigned to the fact that East Winston is and will remain poorer and more segregated than the rest of Winston and there is little that the City can do about it. Hogwash!

The Lake Park Development, like so many other of the City’s failed projects (the Liberty Street Market, Premier Park, Happy Hill, Kimberley Park, etc)  started out with the best of intentions.

After decades of marginalizing East Winston (through red-lining, urban renewal, and other toxic public/private policies) and allowing pretty much anything to be zoned there, the City funded a planning study see what could be done to revitalize it.

In the 1980s Downtown Winston was a place of business, not a place where you wanted to live. The suburbs of Clemmons and Kernersville were growing rapidly. The City itself saw only modest growth during that period, while East Winston declined 9.2% in population from 1970-1988, according to the report.

The East Winston Economic Development Strategy study was completed in November 1989. Its purpose was to “maximize private investment” in East Winston with “substantial public intervention.”

Though numerous planning reports have been issued since then, this is still the City’s formula for aiding East Winston; maximize private investment with substantial public investment. This approach has led to projects of dubious value-such as RUCA.

The City of Winston-Salem needs a new formula for East Winston. Maximizing private investment in East Winston with substantial public intervention has been an utter and complete failure. (Too often private investors have an incentive to fail. Why should they repay loans that the City is happy to forgive?) The City has been stuck with the tab and concentrated poverty and segregation in East Winston persist.

There are other alternatives that the City with its substantial budget and resources should explore. Even though Winston isn’t getting much help addressing poverty and other issues of concern to East Winston from the state or federal government, there is more that the City could be doing. New approaches must be explored.

Durham has had a land trust since 1987. A land trust puts the ownership of property into the hands of the community. A land trust can be a powerful tool to preserve affordable housing and fight against absentee landlords and gentrification.

But instead of looking for the best practices that other communities around the state and country are using to fight poverty, the City of Winston-Salem is content to let East Winston fail.

Shame on our mayor/W-S Alliance president, Allen Joines and the members of the City Council for not waking up each morning determined to make East Winston a better place for children to grow up!