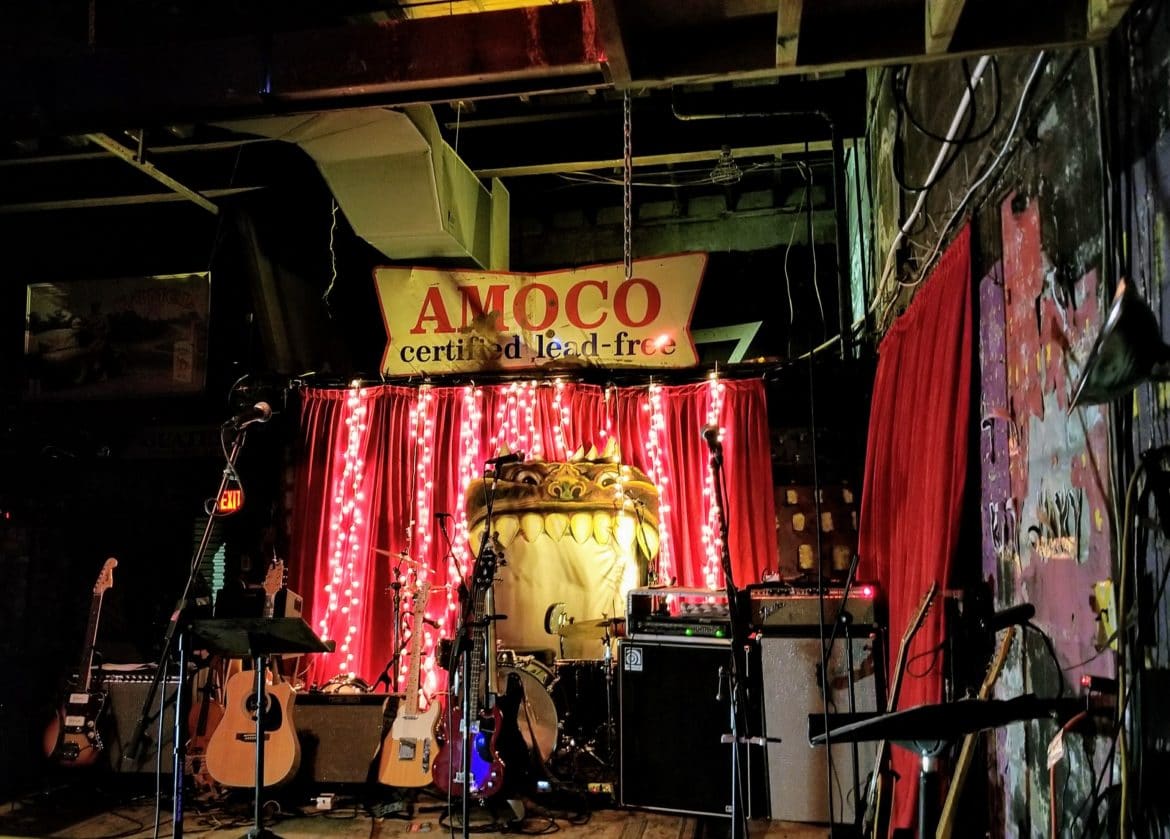 For 10 years now Winston’s music scene has been in a precarious state.

Ten years ago today, on November 25, 2007, Ziggy’s played its last show. The property then was sold to Wake Forest and demolished.

Ziggy’s longtime owner, Jay Stephens spent years before he eventually found a new location, formed a partnership and reopened Ziggy’s on W. 9th Street in 2011. Sadly, Ziggy’s 2.0 closed a few years later in February 2016. Unfortunately, neither the partnership nor the location worked out.

The old Ziggy’s was both a shit hole and a special place at the same time.  Ziggy’s on Baity Street was run by Jay Stephens from 1990 until this day in 2007.

The history of live music on Baity Street actually goes back much further. Ziggy’s pulled in bands in the 80s and 90s, “from Hootie and the Blowfish to Burning Spear to Bill Monroe.”

As Ziggy’s faded from Winston’s music scene it has been the Garage that has anchored it. The Garage is a small, intimate space, but it’s special, just ask All Them Witches.

Now the Garage is scheduled to host its last concert on December, 31. Come January the Garage’s big-ass fan will spin no more. That sacred musical space on the corner of Trade and Seventh Streets that has been home to so many great shows will go silent-unless something changes.

It’s going to be a cold winter in Winston without the Garage. Bars and restaurants come and go, but the loss of a great music venue is truly a sad occasion. The Journal, Triad City Beat and WFDD have all ran great pieces on The Garage’s apparent farewell.

The Garage has been host to many amazing concerts since it opened in 1999. There is going to be a big void in Winston without it.

The Garage was Richard Emmett’s ludicrous creation, nurtured and cared for by Tucker Tharpe, who took over the reigns of the Garage in 2005. Both men, along with their staffs put a lot of blood, sweat, and tears into making the Garage a first-rate music venue.

In 1999 the Garage was an idea as improbable as a vibrant Downtown Winston. Opening a music club in a former welding shop-that would never work. But the Garage has been Winston’s best little live-music venue for the better part of 20 years now.

It would be a shame to see the Garage go the way of Ziggy’s. Ziggy’s unsuccessful reincarnation at the corner of MLK and 9th demonstrates that once a club closes down, they’re not easy to reopen. It’s hard to recreate the magic.