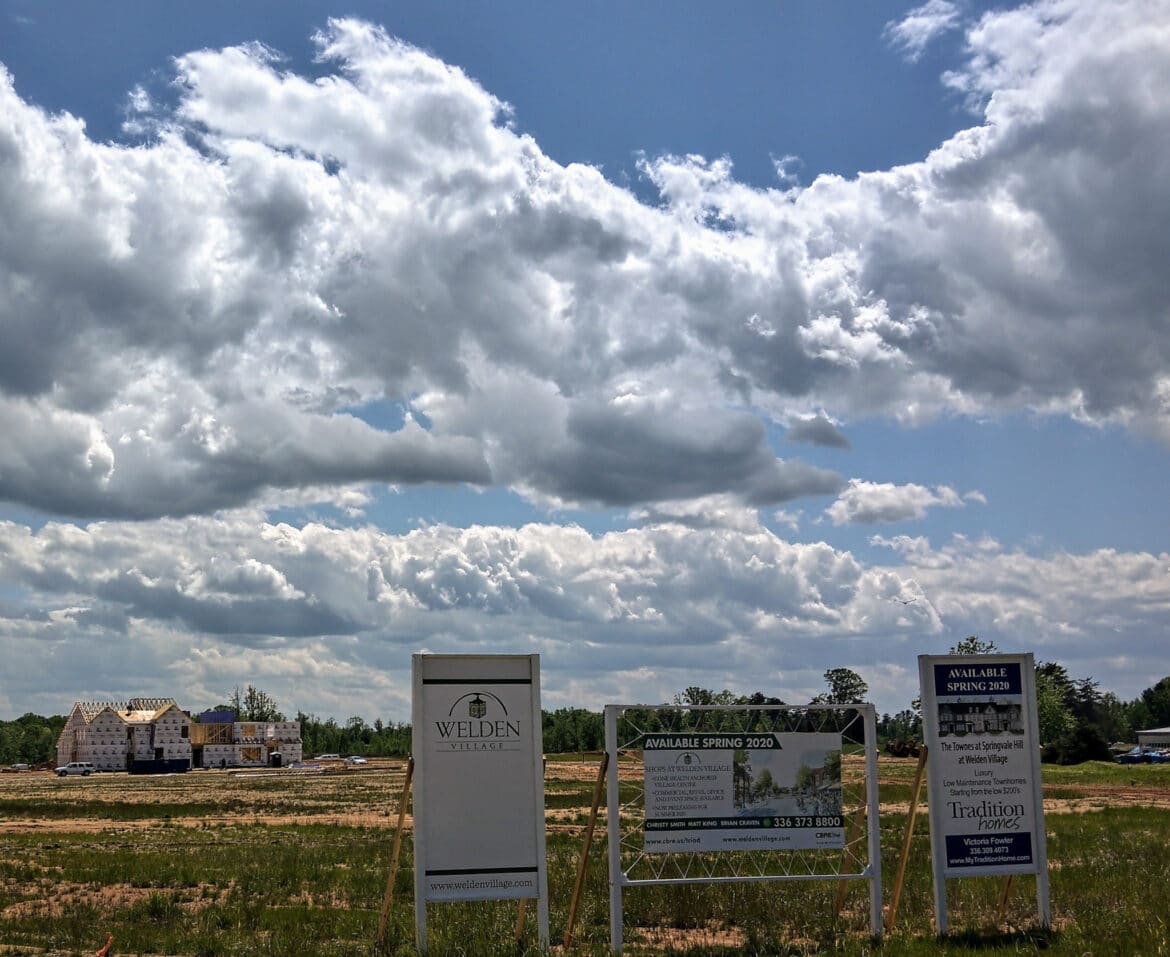 Our local paper has been pretty thin recently. When the COVID-19 crisis first began the Journal admirably stepped up and churned out some excellent content. Since then, they’ve been publishing mostly banal human interest stories. Rumor is, Lee Enterprises has been furloughing employees at the Journal.

Searching the Journal’s pages recently, I stumbled upon an illuminating ad from Leonard, Ryden, Burr. In the full-page ad, LRB is portrayed as a house, with its real estate agents’ pictures on the house’s exterior. Upon careful examination, the Journal’s readers will see that there aren’t any people of color in the Leonard, Ryden, Burr house. LRB’s white house is an embarrassing admission that one of the Triad’s most successful residential real estate has failed to recruit a diverse workforce. LRB’s ad is a reminder that local real estate is still overwhelmingly in the hands of well-connected white folks. 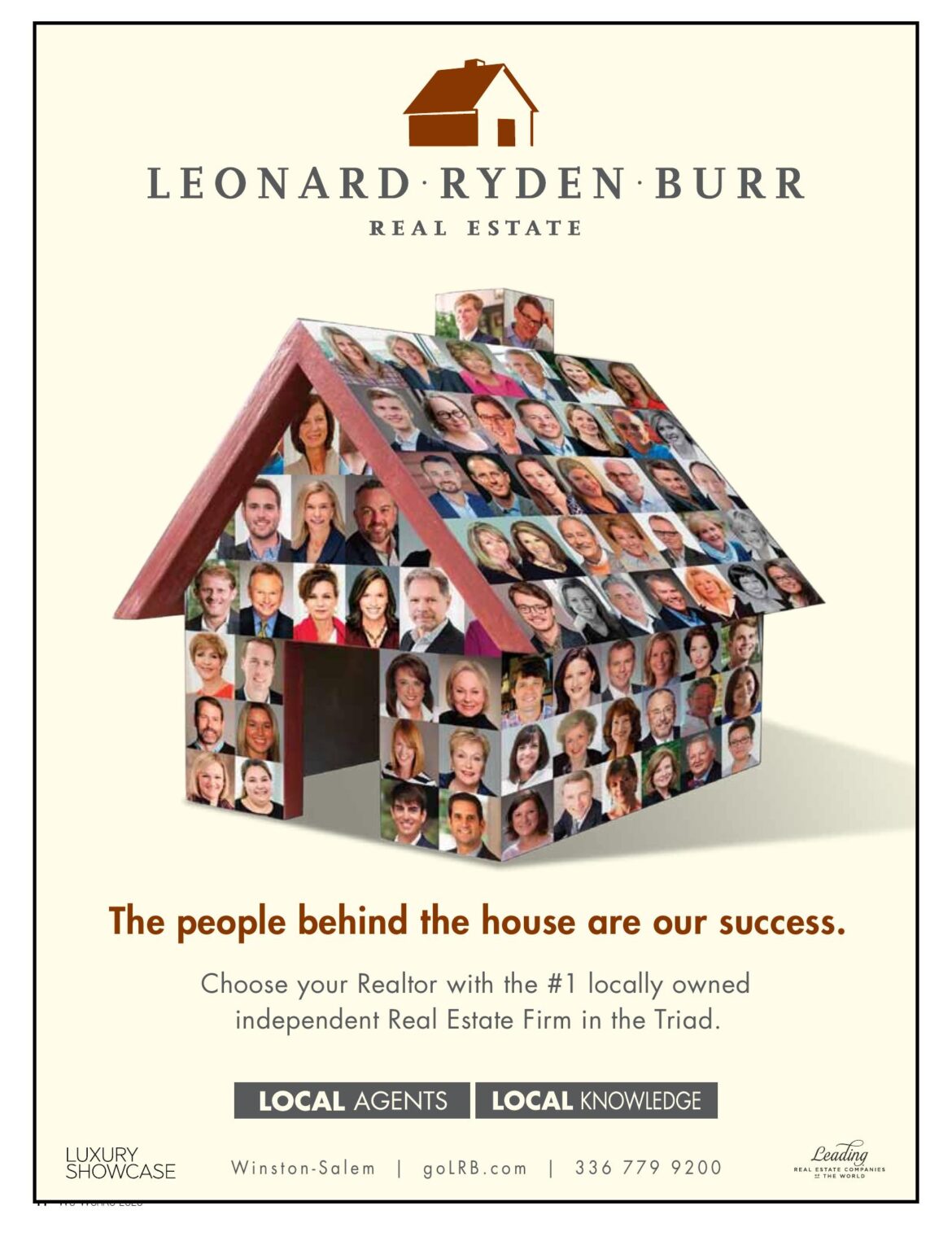 Forgive Me For Singling Out Leonard, Ryden, Burr. The Problem Is Much Bigger Than One Firm. (Ad reposted for educational purposes)

I asked a friend in real estate about minority representation in the real estate field. They told me that there aren’t many Black real estate agents locally (not to mention Latinix or Asians).  But I was told that African Americans who are able to make it in the Triad’s real estate market tend to be damn good at their jobs. Apparently the lack of diversity in real estate is a national problem, and like so many of our nation’s problems it goes back to chattel slavery and the Jim Crow era that followed.

It’s obvious that white folks dominate local real estate. My ignorance of that reality was a symptom of my white privilege. Our city is hyper-segregated. Racial boundary lines drawn in red on maps long ago have not been erased. Racial boundary lines have changed slightly over the years, but Winston-Salem is more segregated now than its ever been. Highway 52, “Jim Crow in concrete” as it’s been dubbed, separates the rich from the poor and white folks from Black and brown communities. Things have been so bad for so long in Winston, that some folks can’t even see the problem.

Local real estate’s own publication, The Parade of Homes is a good indicator of where Winston-Salem/Forsyth County’s actual opportunity zones are located. By contrast official, “Opportunity Zones” highlight where poverty resides in our community.

Segregation and inequality must be shattered, not celebrated! 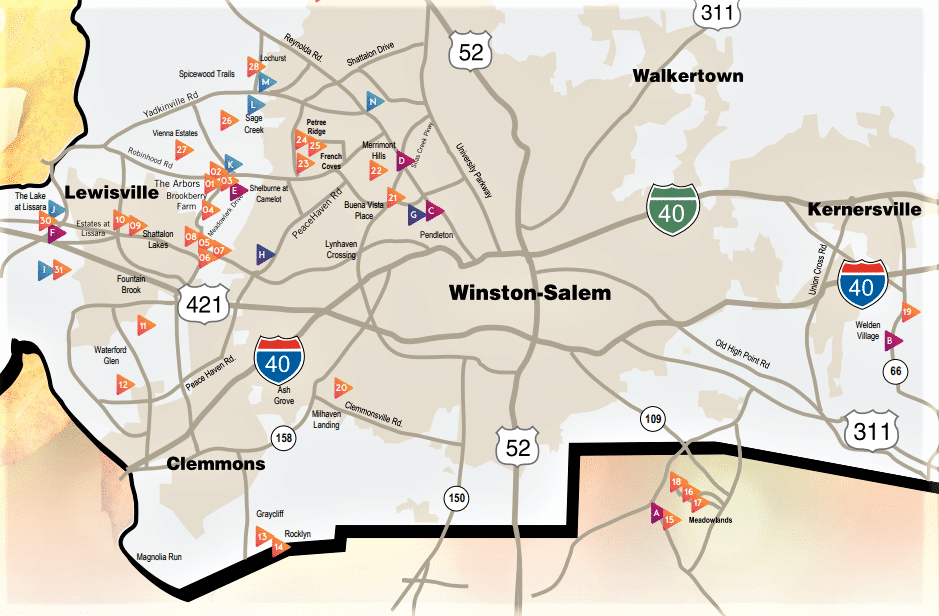 Parade Of Homes Map, Conspicuously All POH Properties In Winston-Salem Are West Of Highway 52


PDF was originally published in the Winston-Salem Journal, May 22, 2018