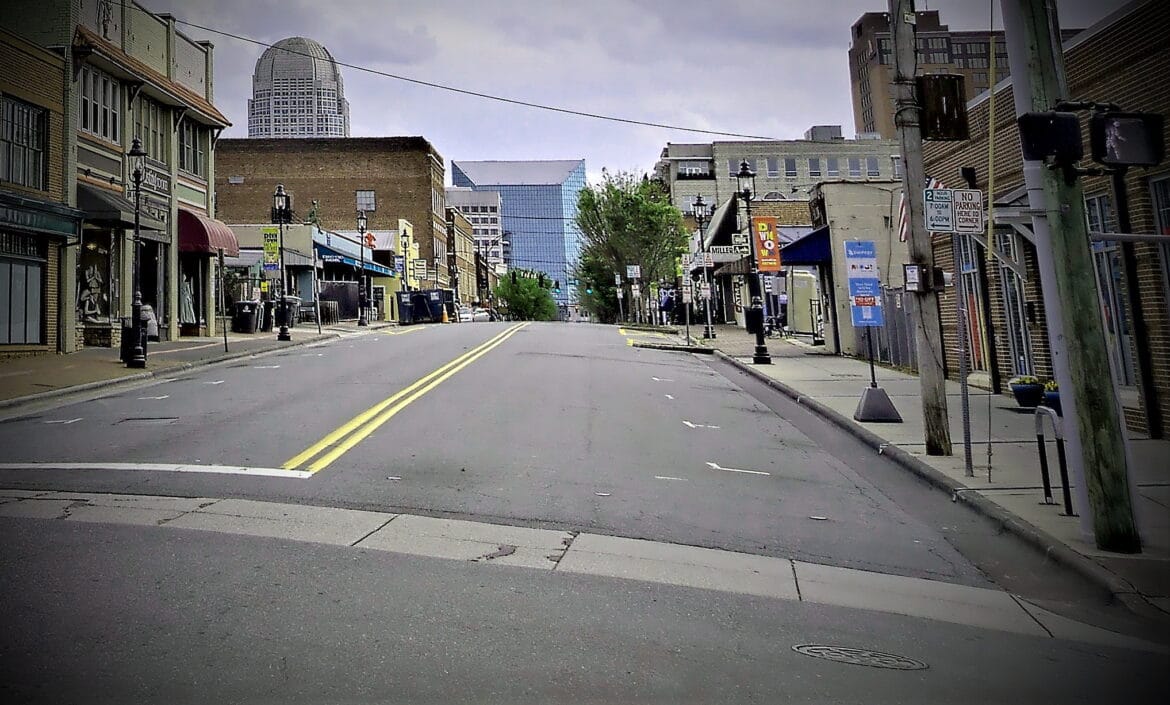 Mary’s Gourmet Diner will not be reopening. I read the sad news that a pillar of Downtown Winston-Salem’s restaurant scene is calling it quits in Wednesday’s paper. Mary Hagland’s many Facebook followers got the news earlier this week. Hagland told Michael Hastings, the Journal’s food writer that she:

had concerns about employee safety, customer safety, and also about how life during the pandemic clashed with whole concept of Mary’s that she had cultivated for 20 years.

“I can’t have a dining room full of people in surgical masks. If you can’t come to my restaurant and get a hug and a kiss, what’s the point?” she said.

I never got a hug or a kiss from Mary or her staff. Nor did I receive a prayer discount. But I enjoyed eating at Mary’s Gourmet Diner (previously Mary’s Of Course) when it opened on Brookstown Avenue and in its current location on Trade Street. I appreciated Mary’s having several vegetarian options on the menu. The food at Mary’s was always excellent, and the staff was consistently friendly. Mary’s embodied the spirit of DTWS’s Art’s district.

Mary’s Gourmet Diner, along with Sweet Potatoes, was the class of the restaurants on Trade Street. I will probably miss Mary’s for years to come. As I still miss Skippy’s, which closed in 2016.

The closing of Mary’s Gourmet Diner (and to a lesser extent Twin City Hive’s end) is a reminder that the downtown that is reopening won’t be the same downtown that closed in March. Restaurants and bars are going to have to limit their capacity; that’s a serious existential challenge for them.

Expanding sidewalk seating is one way that DTWS bars and restaurants can compensate. Jason Theil of the Downtown Winston-Salem Partnership mentioned a few sidewalk seating options at a recent meeting:

I like downtown restaurants as much as the next girl. But it’s inevitable that more DTWS restaurants are going to close in the coming months.  “Between 2000 and 2008, the city gave out $1,061,608 in loans to 13 restaurants [downtown].” Over two-thirds of those loans were never repaid. Now, some restaurant owners are clamoring for more aid. Giving more public funds to the restaurant and bar sector would be a mistake, when there are some many other needs in our community, such as affordable housing.

The fate of Downtown Winston-Salem and downtown’s throughout the country are in question at this moment. COVID-19 has people rethinking downtown living. After all, downtown is about density; something COVID-19 has us fearing. The revitalization of Downtown Winston-Salem began in the late 1990s with Summer on Trade and Rock the Block-concerts that brought huge crowds and investments downtown. This year’s DTWS concert series has been canceled.

Mary’s Gourmet Diner is the first high profile restaurant in DTWS to close. But it won’t be the last. In the long run, downtown businesses closing might be a good thing if it drives rents down substantially. Remember, Krankies bought their property on Third Street for a mere $60,000 approximately 20 years ago before anyone wanted to live downtown. Now Krankies’ property has a tax value over ten times that price! Restaurants closing might lower the gate around DTWS and let a few more members of the working-class into the gilded quarter.

*When your local bank issues loans they are to be paid back, no ifs, ands, or buts. When the City of Winston-Salem issues a loan, often it is effectively a grant that will be forgiven at a later date.