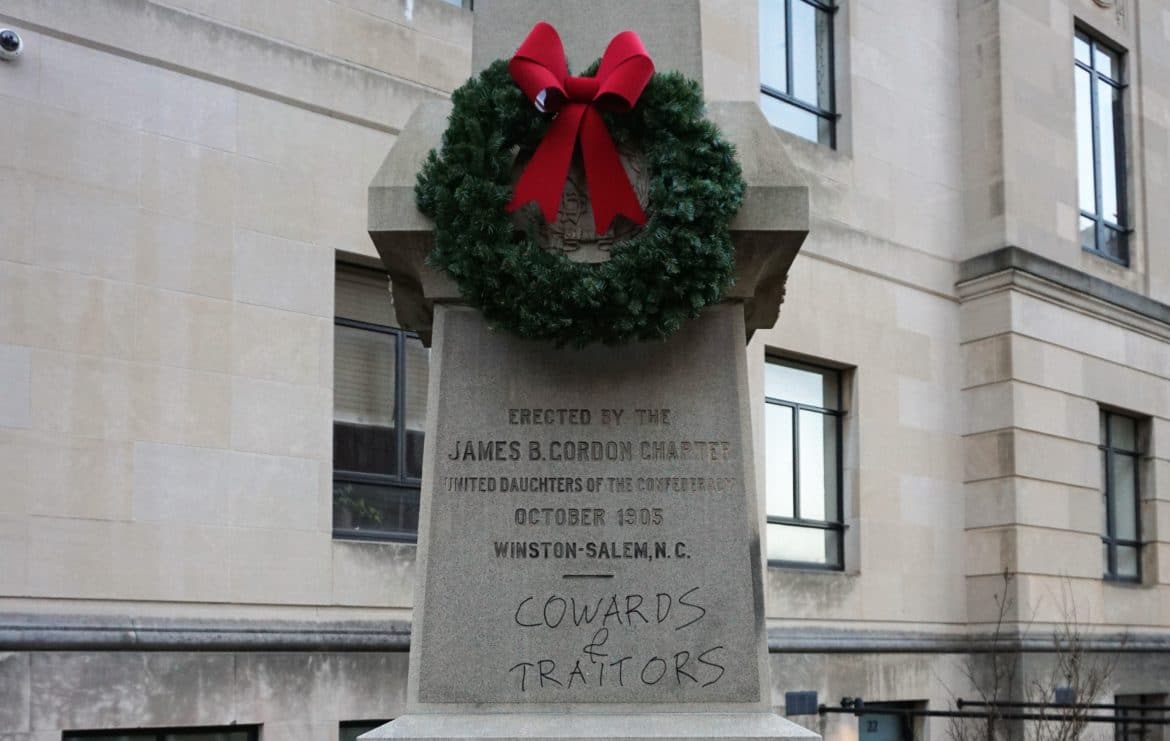 Christmas came a day early for everyone in Winston that resents the presence of a Confederate statue in front of the old courthouse. Yesterday, some merry prankster with a purpose wrote the words “COWARDS & TRAITORS” on the Confederate statue that has stood tall at Liberty and Fourth for many years, projecting hate.

Earlier in the week I was bemoaning Winston’s inaction, our nonchalance toward Johnny Rebel* when activists in Durham and Chapel Hill (two other college towns) took down their Confederate statues in August 2017 and August 2018 respectively.

I’ve been impressed with activists in Chapel Hill, the work they’ve done to keep Silent Sam from returning to UNC. By contrast, Winston has been silent. Few seem to care that Johnny Rebel remains prominently located in Downtown Winston. What a shame! @jordangreentcb @JSMichels84 pic.twitter.com/3OYFnLGtbG

Also disturbing, Salem Cemetery (an all white cemetery?), a location mentioned by local leaders as a new home for Winston’s Confederate monument is already embraced by fans of the lost cause. They celebrate Confederate Memorial Day at Salem Cemetery. @jordangreentcb @JSMichels84 pic.twitter.com/06CVg7Go2b

But on Christmas Eve, some brave soul gave Winston’s Johnny Rebel statue a touch of historical accuracy. Confederate soldiers certainly were traitors, whether they were cowards, that’s a topic for debate. But over 150 years after the end of Civil War there’s no good reason to still be publicly honoring soldiers who fought for the slaveholders’ failed venture.

But moving Johnny Rebel to Salem Cemetery (as Mayor Joines has suggested) is problematic. We don’t want to inadvertently create racist rebel holy ground. Besides, Salem Cemetery is already a big draw for fans of the so-called lost cause.

In 2012, when the Forsyth County Commissioners sold the old courthouse at Liberty and Fourth to Clachan Properties LLC for $700,000 they should have removed Johnny Rebel then. That’s what the late Walter Marshall advocated for. The County could have moved Johnny Rebel at the time if it wished to. But since then a 2015 law was enacted by the Republican-controlled General Assembly that practically forbids local authorities from moving Confederate statues of hate.

For the time-being, Winston needs to seriously consider putting a corrective sign or historical marker near Johnny Rebel explaining that Winston’s Confederate statue is a product of Jim Crow segregation. There is nothing about Jim Crow that should be honored.

“The Confederacy was not legal, as far as I’m concerned. It was a form of treason. You don’t recognize people who did not recognize the country as being legitimate. Plus there’s the history behind it, the history of slavery.”

“It is something we are proud of. He has been there a long time, just standing there and minding his own business.”

-Cindy Casey, head of the local chapter of the UDC Winston-Salem Journal, Feb 1, 2012 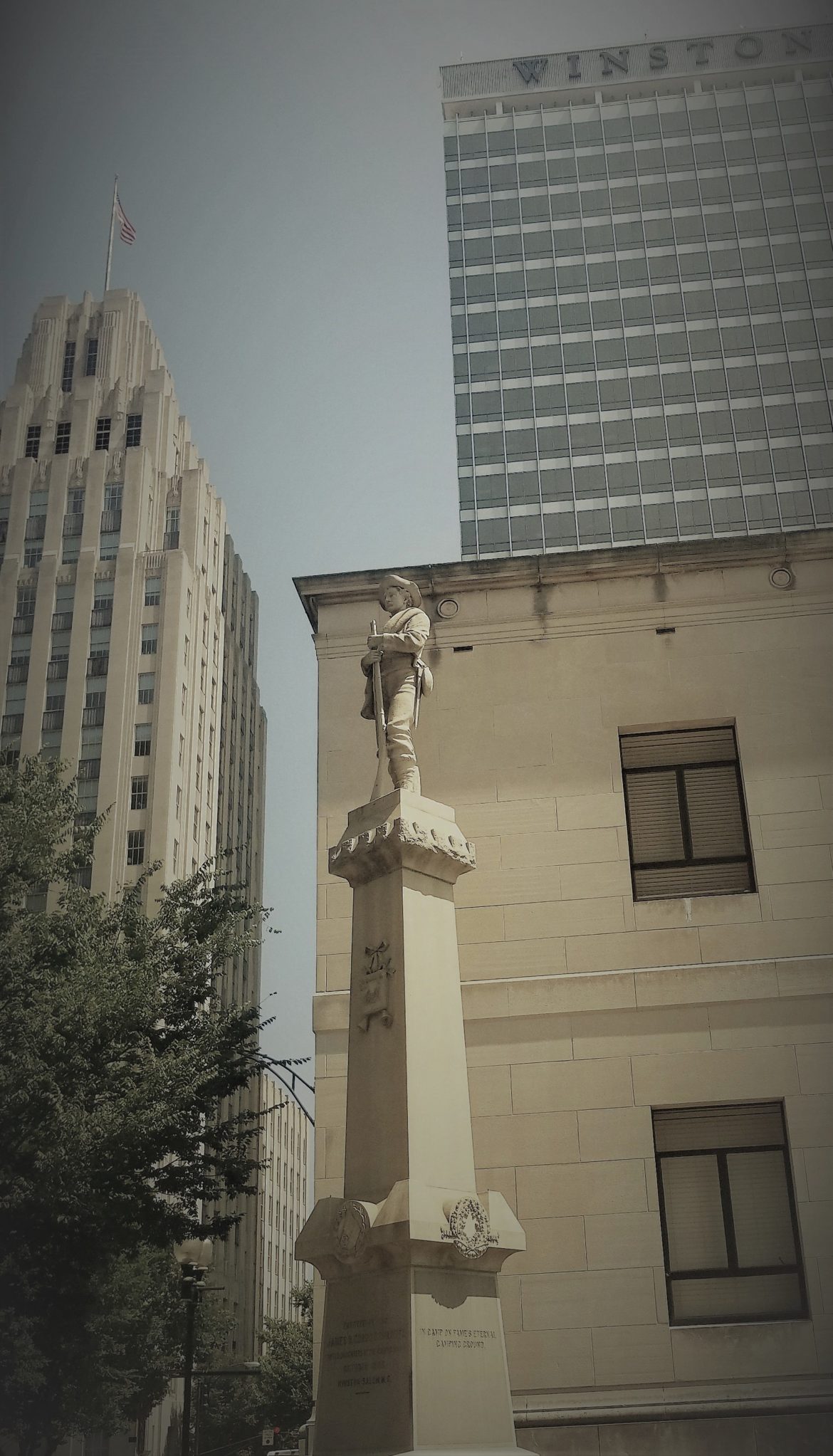 *I have referred to Winston’s Confederate statue as “Johnny Rebel” throughout this article. Confederate statue sounds so cold and clinical. We need to name and shame that statue at Liberty and Fourth that has been a symbol of white supremacy since it was unveiled on October 3, 1905.