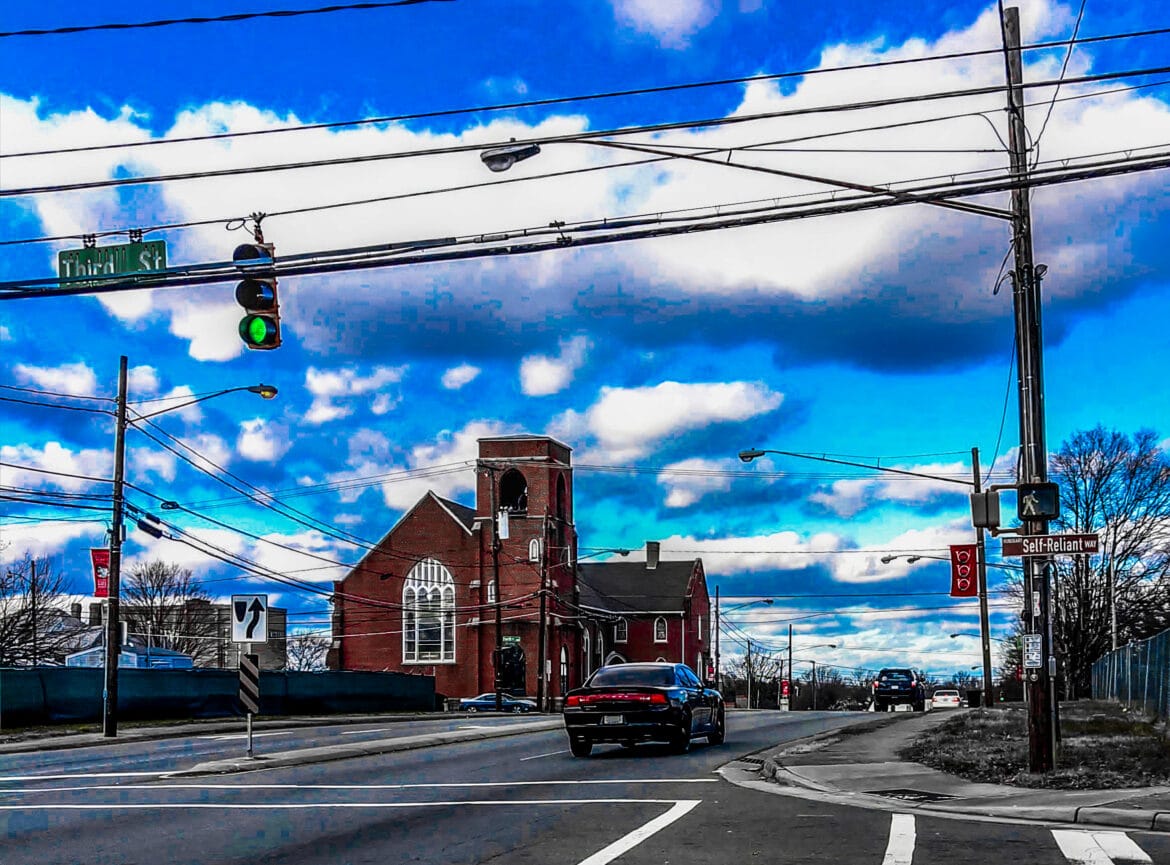 Monday’s meeting of the Winston-Salem City Council was noteworthy. There’s a lot to unpack. The activist pushback against our status quo city council during public comments was enlightening and entertaining. While the City’s Nondiscrimination Initiative and half-hearted community investment measures are likely to get covered reasonably well by the local press.

An item on Monday’s agenda that is unlikely to get any press coverage caught my eye. A loan extension was granted by the City Council to the would-be developers (MTB3 Properties, LLC) of the long-stalled project at 310 Martin Luther King, Jr. Drive. Citing Covid-19, MTB3 Properties was given an additional 12 months “to fulfill development conditions attached to the sale of 310 MLK Drive.” So a modest apartment and retail project that began in June 2019 now is to be completed by no later than November 2023.

The former home of Smith Dry Cleaners, across from Mars Hill Baptist Church, has been vacant for many years in part due to the City of Winston-Salem’s worst efforts at redevelopment. Back in March 2014, then Triad City Beat reporter Jordan Green called 310 MLK Drive “MLK Drive’s ghost project.”

The project was unveiled in the early part of the last decade, at a community meeting on the east side of Winston-Salem, in an atmosphere of high hopes.

Joycelyn Johnson, a former city council representative of the East Ward, remembered 30 to 40 residents and church members from the neighborhood attending the community meeting as a developer named Ivan Robinson outlined plans to construct a three-story medical/professional building on a block of Martin Luther King Jr. Drive. As Robinson shared with city officials in a subsequent proposal to city council, the project would create about 50 full-time jobs, and provide space for an urgent-care facility and an ophthalmologist, along with a Subway restaurant.

I will leave the reader to go through Jordan Green’s thorough treatment of “MLK Drive’s Ghost Project.” But in a nutshell, here’s what happened. Ivan Robinson and Michael Suggs (independent of Goler CDC) purchased 310 MLK Drive. Suggs and Robinson then received a $150,000 loan from the City. Robinson skipped town. The loan was not repaid. The property at 310 MLK Drive was eventually repossessed by the City.

In June 2019, MTB3 Properties (husband and wife Charmon and Michael Baker) appeared before the Finance Committee. The City Council welcomed the Baker’s participation in the project. Despite their inexperience as developers, the City Council didn’t ask the Baker’s any probing questions. Despite the City’s previous failure to redevelop the former Smith Dry Cleaning site, the Council seemed to take it on faith that MTB3 could construct a 33,000 square feet, three-level apartment and retail development at 310 MLK Drive.

Why didn’t the City give the 310 MLK Drive property to a developer with a track record in return for completing the project Ivan Robinson and Michael Suggs first proposed in the early 2000s? Why wasn’t SG Atkins CDC involved in this ‘East End’ project? Why is there no urgency from the City of Winston-Salem when it comes to East Winston? Why are projects routinely allowed to fail in East Winston? When will the MLK ghost project come back from the dead?

MTB3 Properties has until almost 2024 to complete a project that dates back to former East Ward Councilmember Joycelyn Johnson‘s time on the City Council. Capitalist investment isn’t the be-all-end-all, but it is desperately needed in East Winston. The City has released several plans and studies but done relatively little to rehabilitate East Winston during Allen Joines’ nearly 20 years in office. By contrast, the Mayor and Winston-Salem Alliance President has made every effort imaginable to spur Downtown Winston’s redevelopment.