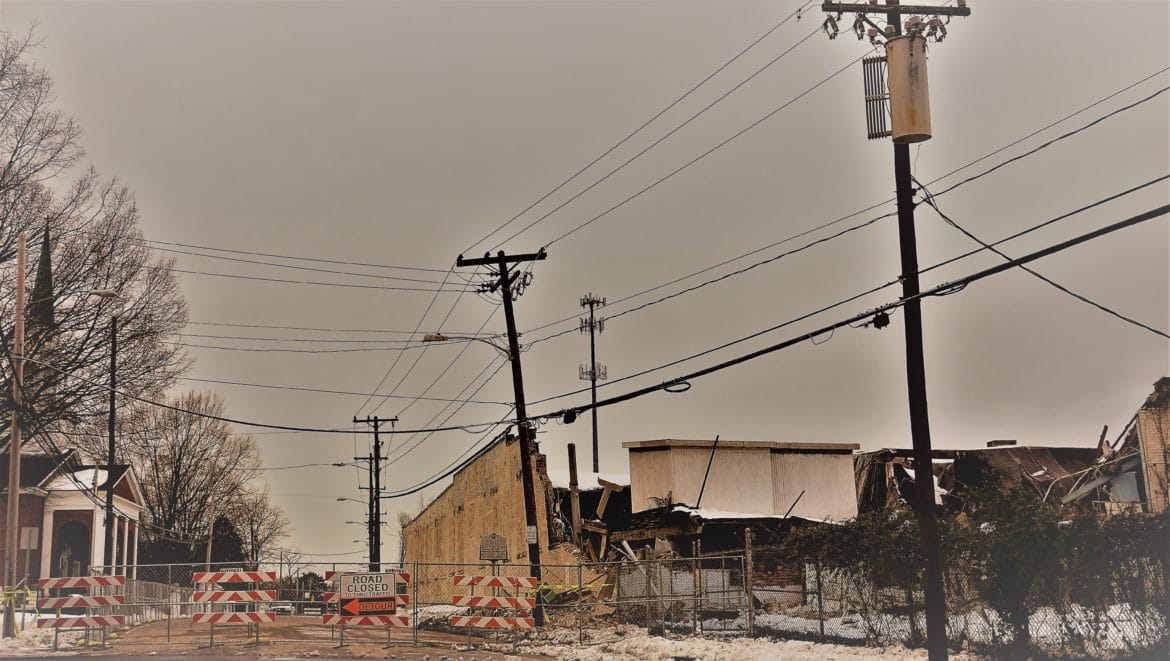 The recent collapse of the Nissen Wagon Works building’s roof is anything but an act of nature. That building was left to rot and decay. Ironically, the Linville Team Partners for sale sign is visible in the rubble. Historic buildings are in short supply, it’s sad that what’s left of a once vast network of Nissen factory buildings wasn’t preserved. The loss of another historic structure in a majority-minority neighborhood rekindles memories of the suspicious Brown Elementary School fire that occurred just two years ago.

The remnants of R.J.Reynolds Tobacco empire provided the foundation for the Wake Forest University Innovation Quarter. The last remaining piece of the once sprawling Nissen Wagon Works complex could have benefited southeast Winston tremendously. 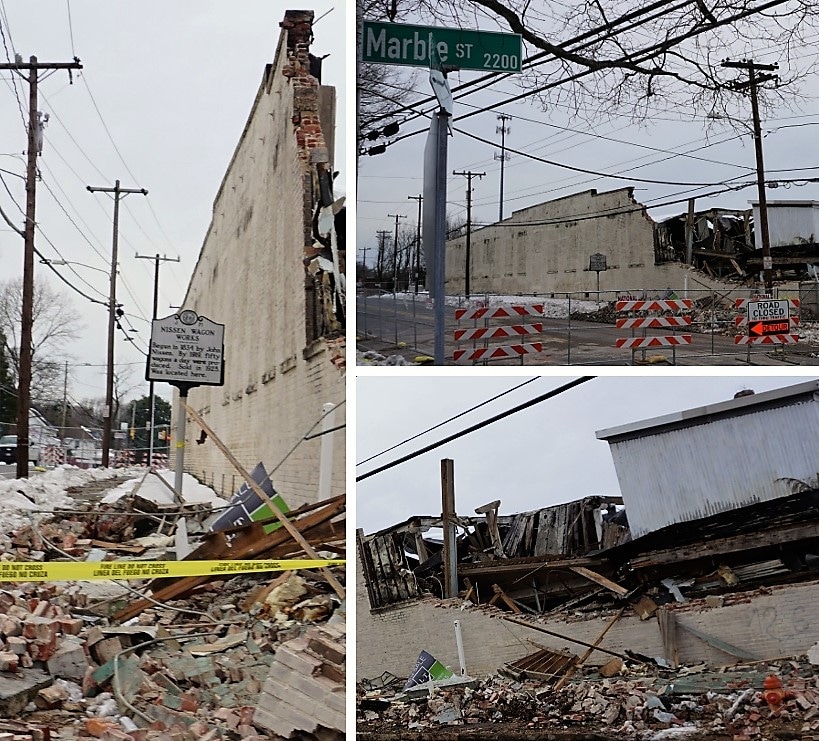 “Council Member Taylor stated this would be a part of a larger development. He explained it could possibly partner with Community Development Centers like Atkins CDC. He noted the upcoming Waughtown connector trail that will lead to Salem Lake, and more economic development in the area, and the possibility of additional development on the backside of the property.”

I would have loved to seen the Nissen Wagon Works building turned into a farmer’s market/community center. The makeshift farmer’s market a stone’s throw away at Waughtown and Pleasant could have been relocated to that old brick building that tells the story of Winston’s industrial past.

Even better, the City of Winston-Salem could have transformed the last remaining piece of the former Nissen Wagon Works into a permanent home of the New Winston Museum. The New Winston Museum has been looking for a permanent home to properly tell Winston’s history, post-old Salem for years now. What better space than the Nissen Wagon Works to tell the story of Winston’s industrial past?

Instead of investing in the Nissen Wagon Works building, the Winston-Salem City Council invested over $2 million dollars in a WSPD substation on the ugly modern portion of the former Nissen Wagon Works complex. Investing in more policing is not community investment. It certainly doesn’t lead to neighborhood revitalization.

Besides, when I drive past 1539 Waughtown Street, I consistently see multiple WSPD cars in the church parking lot across the street. This leads me to question the need for the Waughtown WSPD substation.

When Nissen Wagon Works was sold in 1925, the money from that sale went directly into the construction of the Nissen Building. Nearly a hundred years later public and private funds are flowing from throughout Winston-Salem into Downtown Winston’s development-while Winston’s urban core goes largely ignored. This is a scandal!

“How Ironic that we the tax payers pay Mr. Hank Perkins our tax dollars to lease part of this old Lucia Plant on Waughtown (SE Ward) and the old Winston Mutual Building (East Ward) and this happens. We the tax payers did not need an additional police office in these communities.
Keep in mind Mr. Hank Perkins is the same person who has contributed very generously to present and former Councilmen James Taylor and Derwin Montgomery and other council members…. Everybody getting paid benefits except the residents who deserve it the most!”

The Nissen Building was among the first historic buildings in Downtown Winston to be repurposed into high-end apartments. It was a model for future downtown redevelopment. Monumental efforts were made to redevelop the Nissen Building; $3 million in loans from the City of Winston-Salem, $3.5 million from the Millennium Fund, and $6.5 million in tax credits, and a multi-million dollar loan from HUD! (Source: Triad Business Journal, Jul 29, 2004)

By contrast, the Nissen Wagon Works building in East Winston got an unnecessary police substation, some consideration of redevelopment by the City, and an absentee owner that ignored signs of the building’s deterioration.