Monday’s meeting of the Winston-Salem City Council was noteworthy. There’s a lot to unpack. The activist pushback against our status quo city council during public comments was enlightening and entertaining. While the City’s Nondiscrimination Initiative and half-hearted community investment measures are likely to get covered reasonably well by the local press. An item on Monday’s agenda that is unlikely to get any press coverage caught my eye.

Wake Forest University has found itself in PETA’s crosshairs. People for the Ethical Treatment of Animals is accusing a Wake Forest University researcher of involvement in an unethical animal experiment in China. Lee Enterprises’ John Newsom wrote a nice summary of this controversy in today’s Winston-Salem Journal. While PETA is concerned with Wake Forest’s involvement with “cruel and pointless experiments on monkeys at an institution in China,” I am more concerned with the monkey business that it’s engaged in here in Forsyth County. Most folks don’t even know that Wake Forest operates a research facility just off Peters Creek Parkway, on the Davidson/Forsyth County line.

Recently, baseball great Hank Aaron died at age 86. The celebrated home run hitter overcame a shameful barrage of racist hostility when he broke Babe Ruth’s home run record on April 8, 1974, in Atlanta. It’s time for the Atlanta Braves to change their name to the Hammers, in honor of “hammering” Hank Aaron. In the wake of Aaron’s death, the Journal posted some articles on Aaron’s visits to Winston. The Journal seems to do a better job of looking back than looking forward these days.

For nearly forty years (1975-2012), Winston’s Union Station was just another garage. It was Davis Garage, an auto repair and towing service owned and operated by Harvey Davis. The Davis family bought Union Station for a song back in 1970 and had ambitions of one day redeveloping it. Harvey Davis’ dreams were dashed when the City used eminent domain to take possession of Union Station in 2012. Everyone can agree that an auto repair business being housed inside of a historic property adjacent to Winston-Salem State was just plain wrong.

Today, I’m posting the first of what I hope to be many Throwback Thursday posts. Every Thursday, for the foreseeable future, I am planning on examining, at length, a video from the City of Winston-Salem’s YouTube channel and other sources. The City of Winston-Salem has a number of excellent documentaries that deserve more attention than they’ve received. For a middling, mid-sized city, Winston has a lot of great historical resources in print and on video. With the renegotiation of the Dash’s lease in the news, I thought it would be a good time to take a trip back to Watkins Street.

On January 4, the Winston-Salem Transit Authority resumed charging bus riders in Winston for the pleasure of using its mediocre service. Bus fares had been suspended since last Spring in an effort to promote social distancing and limit driver/passenger interaction. Like so many Covid-19 measures, WSTA’s safety measures have been relaxed. But according to WSTA, buses are still being cleaned on an hourly basis and deep cleaning of the buses is being done after business hours. Donna Woodson, WSTA General Manager, briefed the City Council’s Public Works Committee on Tuesday.

The Winston-Salem City Council started the year off with a rather dull meeting. They met remotely, as they have done since Covid-19 emergency orders were implemented last March. The Council, led by W-S Alliance President and WSNC Mayor Allen Joines, did not allow public comments. For some months now, local activists with the Triad Abolition Project, Housing Justice Now, and Hate Out of Winston have offered a blistering critique of the Council’s priorities (funding the WSPD, not funding affordable housing, inaction in the midst of an eviction tsunami). By consent, without any discussion, the WSNC City Council approved a new Gunshot Detection System.

Have you ever wondered where some of Winston’s road names came from? MapForsyth recently released an application to help satisfy your curiosity. You can find an introduction to the Historic Centerlines Web App on Forsyth County’s webpage. I found the Historic Centerlines Web App to be a useful tool that needs a little refinement. Hopefully, MapForsyth isn’t finished with this new research tool that has a great deal of potential. 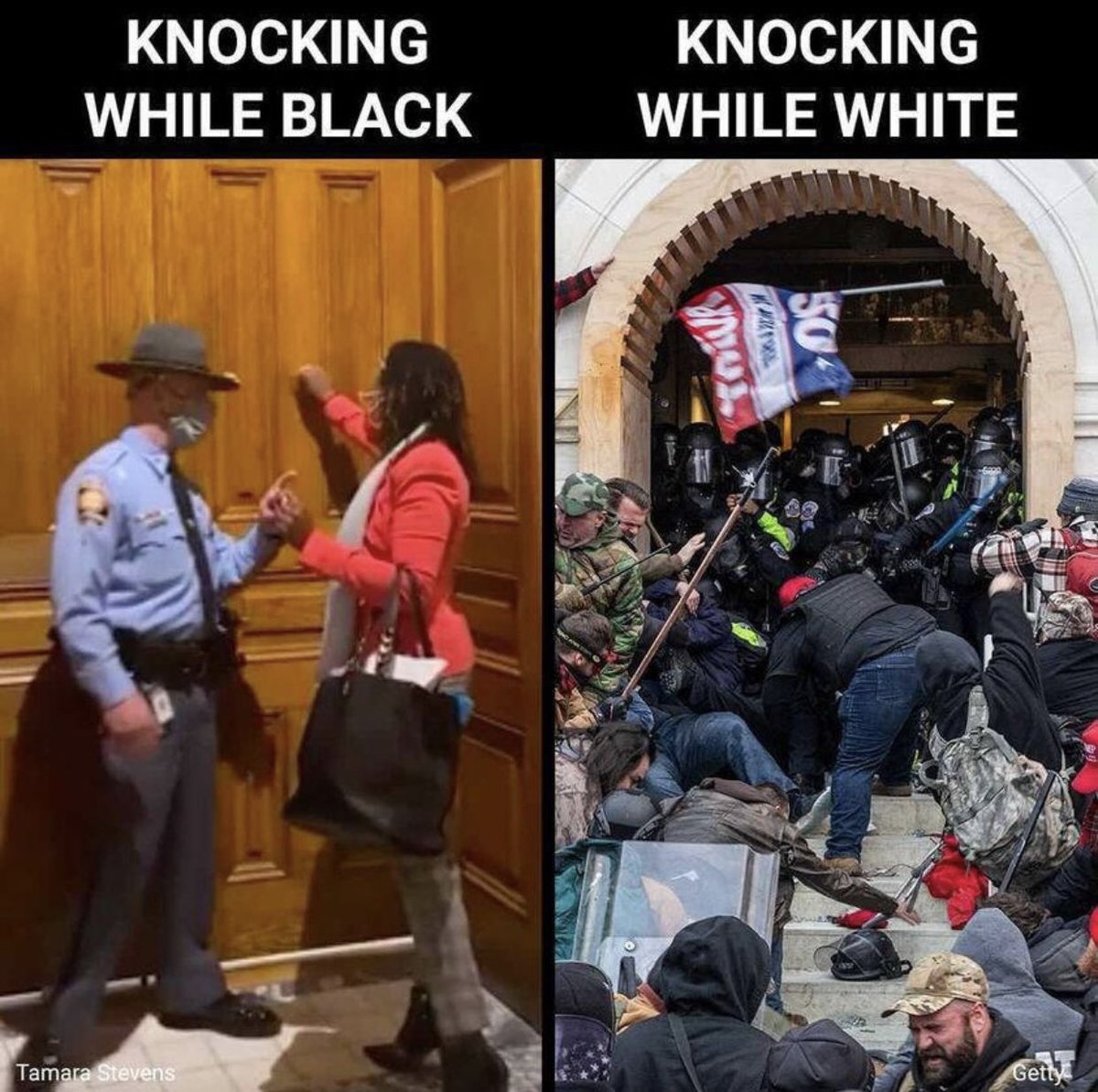 The CDC must extend AND improve the moratorium. Only 3% of evictions filed in N.C. since July '20-Feb '21 were denied-despite a moratorium in effect Sept. 4. Tenant rights are ignored in a system that is built on power imbalance and perpetuates inequity. There is no justice here. 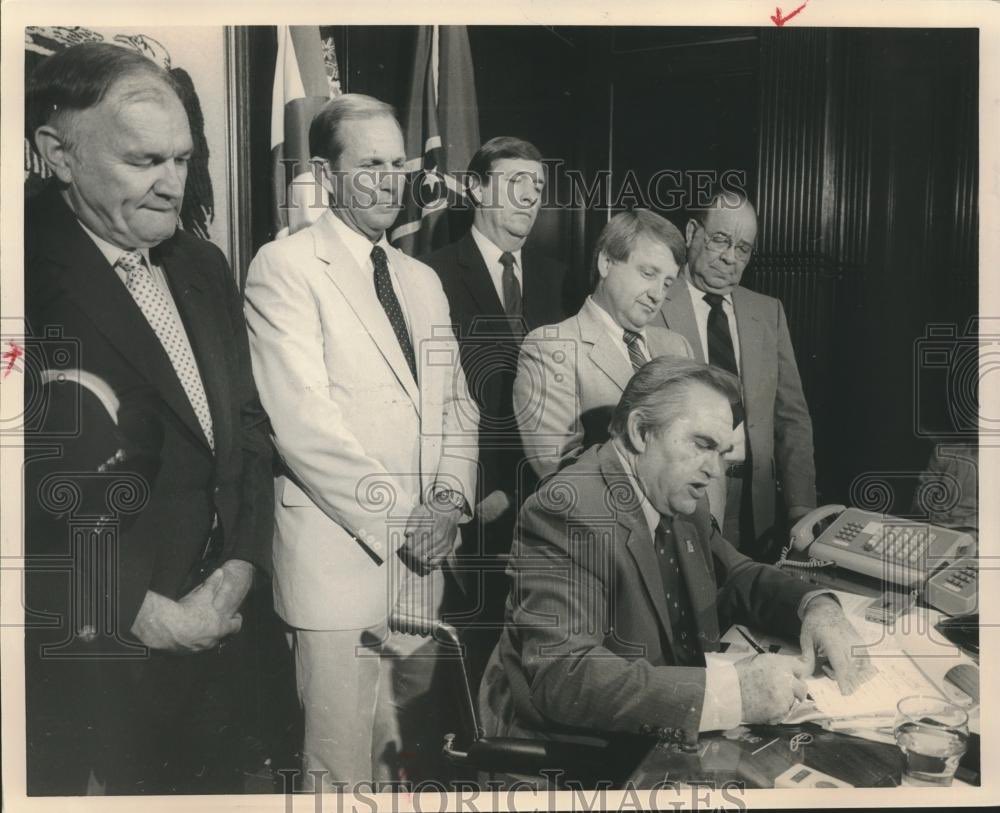 The old Jim Crow looks a lot like the new Jim Crow.

No matter how one identifies unchecked capitalism (monopoly) is the problem. Often tenants (LGBTQ or otherwise) are evicted for being a little behind on their rent. @CityofWS @ForsythCountyNC @clerkforsythnc need to put safeguards in place that help keep tenants in their homes! 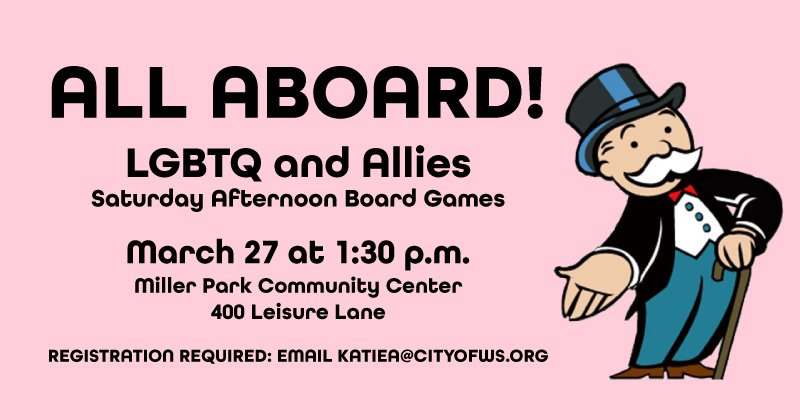 ALL ABOARD for LGBTQ and allies Saturday afternoon board games at Miller Park Community Center on March 27 at 1:30 p.m.! Bring a friend or come solo. Bring a game or play one of ours!

Email katiea@cityofws.org to register.
Wear a mask - all CDC guidelines will be followed.

Watching Biden's lackluster press conference I remembered that NC Democrats overwhelmingly voted for Biden in the 2020 primary. Thanks