Across the street, at One West Fourth Street, a much more substantial and diverse crowd gathered to denounce the racially and historically challenged supporters of the Confederacy. A social media post two weeks ago alerted the Left in Winston that some unsavory, Confederate-loving rabble were coming to Winston. Sunday afternoon in Downtown Winston, anti-racists outnumbered the lost cause society by at least 4 to 1. 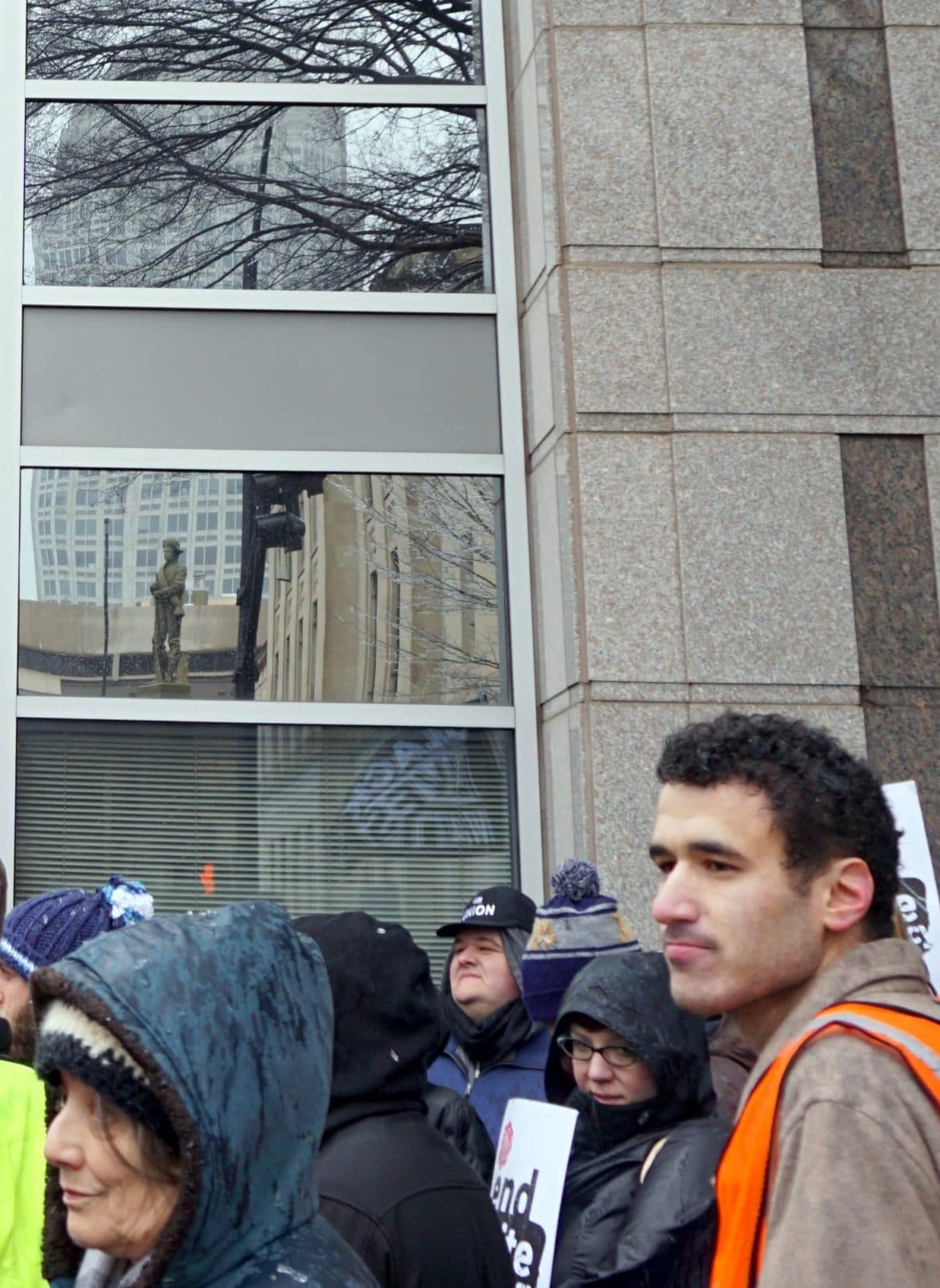 Winston’s most public symbol of Jim Crow racism appears to be coming down soon (in pieces or relocated to Salem Cemetery). I’ve been very impressed with the diverse group of speakers that have connected Winston’s Jim Crow statue with structural racism that has divided Winston-Salem into two cities, separate and unequal. Winston’s Confederate statue is coming down! Promoting equity in Winston, fighting against gentrification and unequal public education, that’s the long struggle for leftists and progressives in Winston.

Time To Take This Statue Down

Black And Brown Have Built This Town!

No Hate, No KKK, No Fascist USA!

Forward Together, Not One Step Back!

Alfred Waddell Is Cooking In Hell!

“That statue was put up because they were afraid of the Fusion movement. They [the Fusionists] were through with racial capitalism that divides us.” -Will Cox 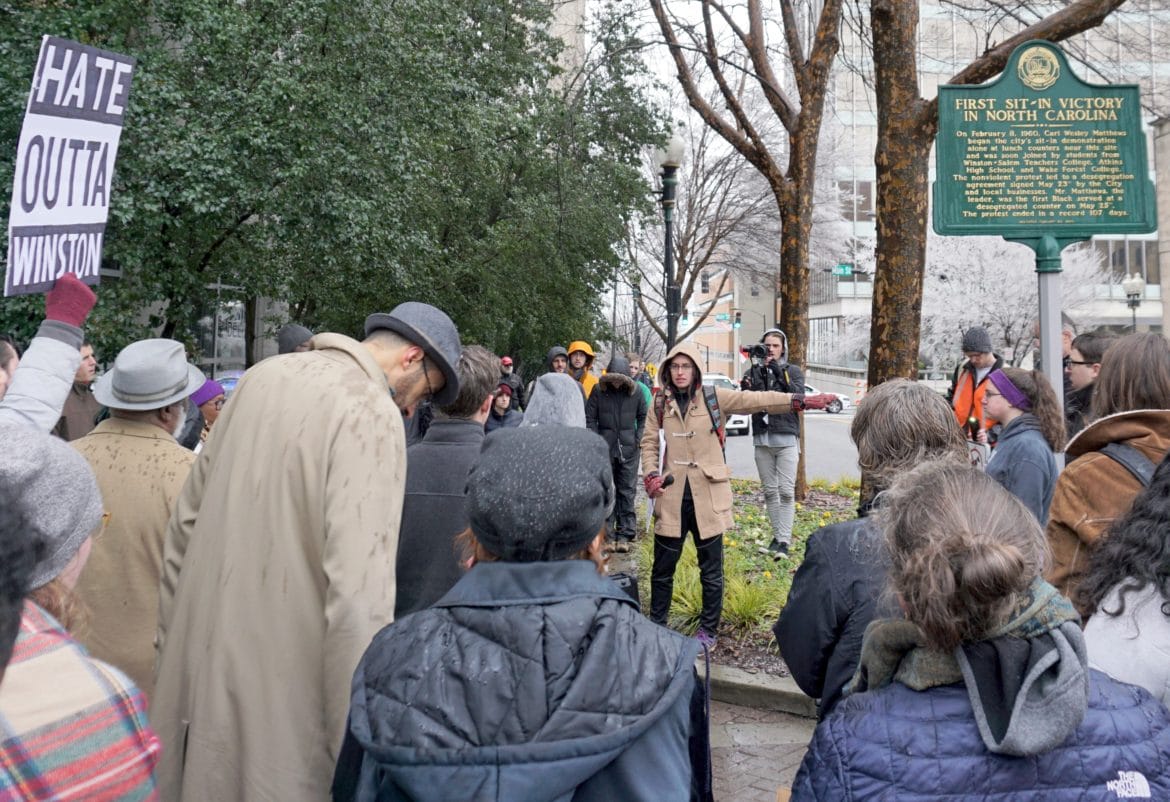 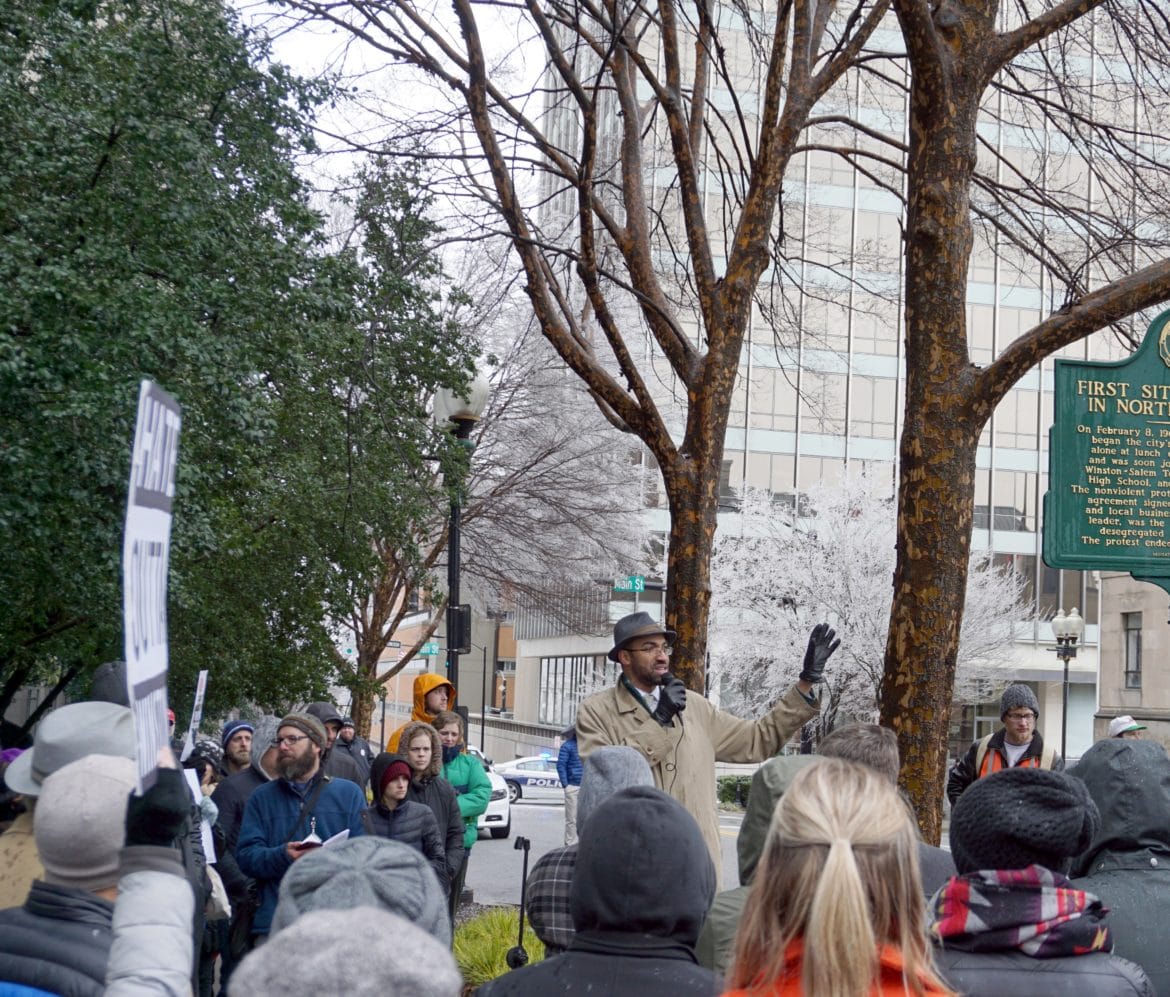 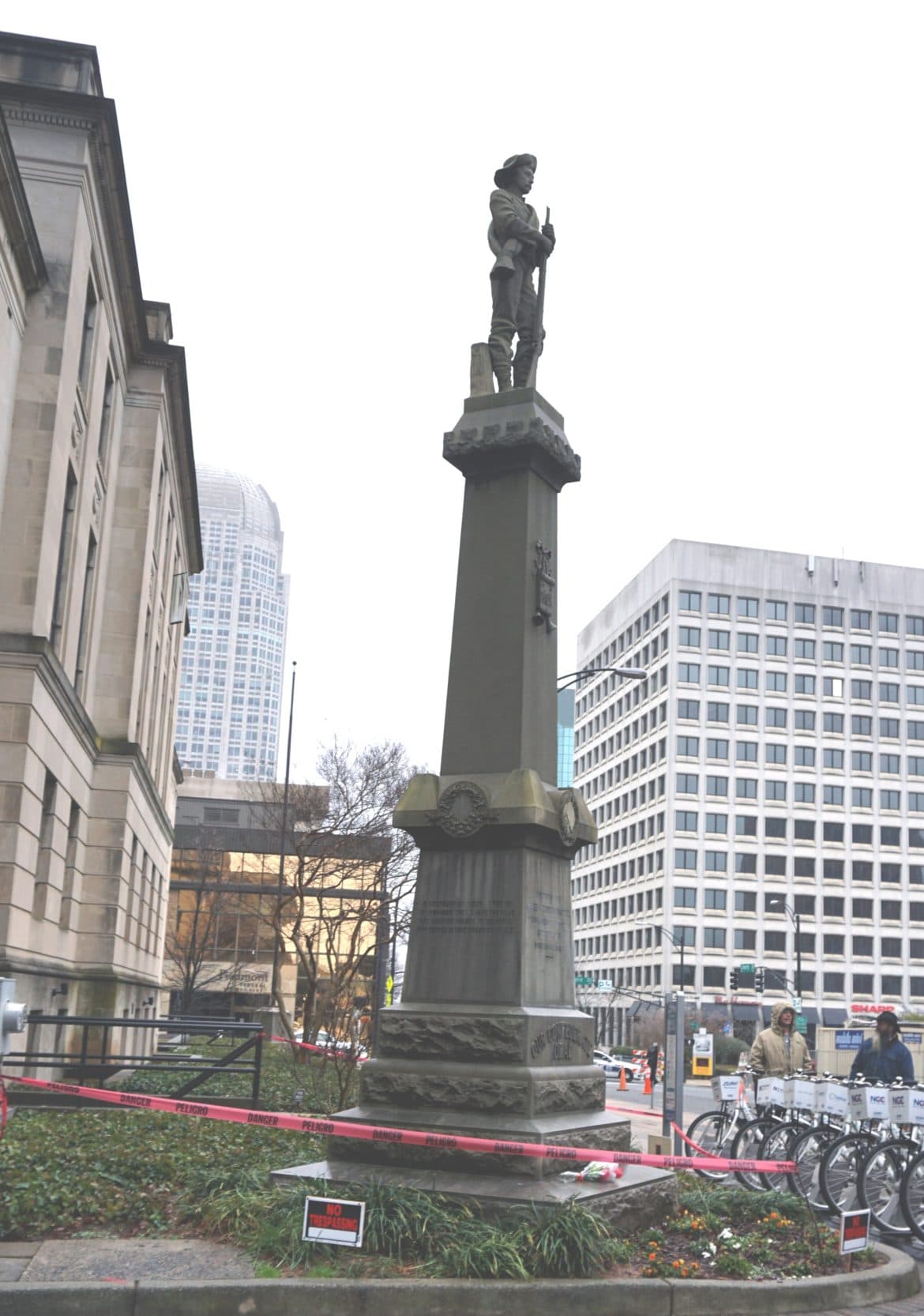