“A recent economic impact study, conducted by the North Carolina Department of Transportation, reported that the Airport provided over an $800 million economic output and was responsible for 3,585 jobs. Over the next several years, Forsyth County envisions over $70 million in capital improvements will be made at the Airport.”  –SRA/WP Strategic Area Plan

“the visual impact of Smith Reynolds Airport forms the first and often last impression for air visitors of all types to Winston-Salem.” The Airport, North Liberty Street, Akron Drive, and the immediate vicinity do not currently give the impression of an area that is vibrant, thriving and growing.”  –SRA/WP Strategic Area Plan

The 2019 airport meeting that Vivian Burke hosted (see video above) tells the story of a community that’s been shortchanged. From Piedmont Circle on one side of Smith Reynolds to the Carver School Road community on the other side of Smith Reynolds, majority Black, Northeast Winston has not benefited from the Airport in their backyard. Smith Reynolds’ expansion offers little to them, while a  grocery store or food co-op expanding into Northeast Winston would be a gamechanger.

The Carver School Road neighborhood is, in many ways, a model area. I appreciate the proximity of modest homes to larger, more affluent homes in that section of the city. The confluence of classes along Carver School Road is refreshing. Located just east of Smith Reynolds, Carver School Road was the main destination of African Americans pushed out of downtown by urban renewal. From Depot Street, Belews Street, and Columbian Heights, Black residents robbed of their homes, mainly for highway construction (I-40 and Hwy 52), relocated near an airport, in what was then the county.

State and federal tax dollars are often targeted at infrastructure projects, such as Smith Reynolds. State and federal programs are rarely earmarked for average Black folks’ needs. Reperatiations were briefly debated during the Democratic primaries, but they aren’t taken seriously by either the Democrats or Republicans. Status Quo Joe Biden couldn’t care less about ordinary Black folks.

The City is playing the incentive game at Smith Reynolds and Whitaker Park, going after whatever funds it can get. Their efforts to assist Northeast Winston have been underwhelming. They’re improving the streetscape, and they’ve built a spec building (a Bob Leak specialty). But they aren’t building or upgrading existing housing in the area or funding a food co-op. Lamp posts in front of long-vacant, rotting buildings, like empty promises of the past, are doing little to assist the people of Northeast Winston. 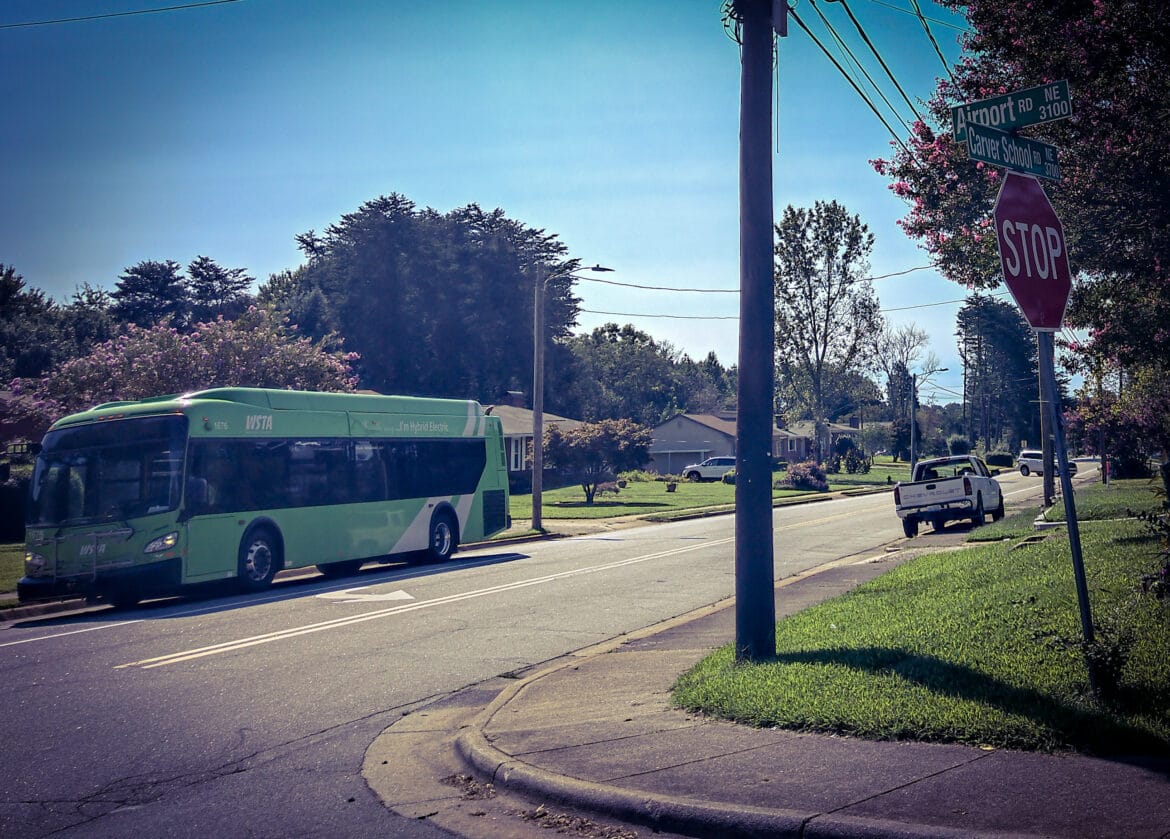 
*Reflecting on this subject, I’m convinced that Forsyth County should set aside a certain percentage of the revenue that Smith Reynolds Airport generates for the people of Northeast Winston, specifically the neighborhoods along Carver School Road. The County could fund a community land trust or subsidize a grocery store or food co-op.