Seeking Advantage In A Time Of Inequity

Tuesday night’s WS/FCS Board meeting was another spirited affair. Supporters of R.J. Reynolds’ Home Field Advantage probably got more pushback from Save Hanes Park activists than they expected. But in the end, the school board voted unanimously to approve HFA’s plans for a new football stadium at Wiley Middle School. Save Hanes Park supporters are definitely on the right side of history. Reynolds’ proposed new football stadium* is the wrong project, in the wrong place, at the wrong time.

Yesterday the Winston-Salem Journal’s Richard Craver wrote a nice article on BAT’s purchase of Reynolds’ Tobacco. The corporation that was synonymous with Winston-Salem for so many decades is no longer an independent entity. Today, thanks largely to the globalization and financialization of the Tobacco industry Winston and Salem cigarettes are made in Greensboro by ITG Brands). Camel and Newport cigarettes are made in Tobaccoville by R.J. Reynolds, now a subsidiary of BAT. There haven’t been any cigarettes made in Winston-Salem since Reynolds’ Whitaker Park facility closed in 2012.

The End Of Reynolds, Creation Of The World’s Biggest Tobacco Corporation

Wednesday, Reynolds held its final shareholder’s meeting. That’s big news, but the local press here in Winston-Salem didn’t give BAT’s buyout of Reynolds much attention. WXII spent about a minute describing the worlds largest tobacco company. Then they went on to the next story without any reflection on Reynolds’ history with the city or the future of Reynolds under BAT ownership. Richard Craver, the Winston-Salem Journal’s excellent business reporter, had a couple of good articles on the subject.

FLOC Protests In Raleigh While BAT And Reynolds Consolidate

Every May, during Reynolds’ annual shareholders’ meeting for the last several years FLOC protesters have marched through Downtown Winston. Farmworkers and their allies from around the state and around the country form a small army of red, calling upon Reynolds to sign an agreement with FLOC. This year, due to British American Tobacco’s acquisition of Reynolds, the company’s shareholders meeting was postponed until tomorrow. That’s when shareholders at BAT and Reynolds will hold simultaneous votes on the union of two tobacco giants. FLOC and their allies aren’t coming to Winston this year.

On this day, 20 years ago R.J. Reynolds finally pulled the plug on its shameless Joe Camel campaign. The July 11, 1997, New York Times obituary of Joe Camel is worth rereading. Joe Camel, the cartoon character that became the focus of perhaps the most intense attacks ever leveled against an American advertising campaign, is being sent packing by the R. J. Reynolds Tobacco Company, which will replace it with stylized versions of Camel cigarettes’ original camel trademark. Joe Camel, a Giant in Tobacco Marketing, is Dead at 23-New York Times
Reynolds launched its Joe Camel campaign in 1988, the 75th anniversary of their Camel brand of cigarettes. The problem for Reynolds was that its older customers were dying off and young people weren’t smoking Camels.

The New Newports Are Coming

A new brand of Newport cigarettes is about to be released by Reynolds American. They’re called Newport Platinum. Little is known about Newport Platiniums at this time. Speculation on Reddit is that they are going to be an ultra light version of Newport, Reynolds’ popular menthol cigarette. I noticed Reynolds’ teaser campaign for its new Newports the other day while I was in line at a local gas station.

Winston-Salem, N.C. is proud of its history-its 18th and 19th-century history that is. Winston’s is also extremely proud of its transition from a tobacco and textile manufacturing town, to its reincarnation as the so-called, “City of Arts and Innovation.” There’s a feeling in Winston that the past is in the past, but the past is always present. You just have to know where to look for it. Winston’s history is intertwined with R.J. Reynolds’ Tobacco, like the city’s name itself. For many decades Winston-Salem was the Camel City.

Today is World No Tobacco Day. All around the globe health advocates are mobilizing to educate people about the dangers of tobacco. This might seem like an old song to many. But the dangers of tobacco need repeating. Tobacco consumption, in the form of chewing tobacco, cigarettes, e-cigarettes or any of the other nicotine-addicting products Big Tobacco peddles is bad news.

Kickin’ Butts At The Winston-Salem Fairgrounds

As you may or may not know, March 15th is Kick Butts Day. If you live in Winston, but weren’t at the Winston-Salem Fairground’s Education Building today then you probably have never heard about Kick Butts Day. Kick Butts Day is a national,youth-centered anti-smoking initiative promoted by the Campaign for Tobacco Free Kids. It’s basically a youth version of the Great American Smokeout. But Kick Butts Day’s aim is to keep young people from ever starting to smoke in the first place.

You can't believe everything that you read in our local newspaper. Here's my blog responding to @JournalNow's recent article on COVID-19 prevention at Crystal Towers and other HAWS properties.
https://tinyurl.com/s49hcyn

Continues this Sun March 29 at 2pm

We’ll discuss the basics of Marxist theory and how it applies to life under the COVID-19 pandemic. DM us for a Zoom code 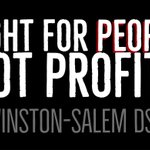 Landlord has started removing the stove and other appliances and services to unlawfully evict me while courts are shutdown. Comrades have arrived to help secure the property. ✊🏾🏡⚖️
#RentStrike2020 #NoEvictions #ReclaimChurchHill #Reclamation 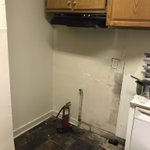 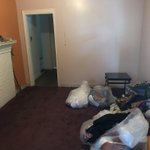 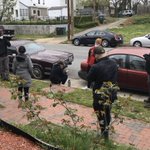 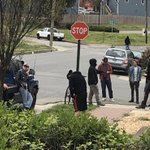 Join @innocence and a coalition calling on governors to prioritize the immediate release of the elderly and medically vulnerable from prison in the wake of COVID-19. Call to connect to your gov.'s office or click on the link below: 917-540-5188 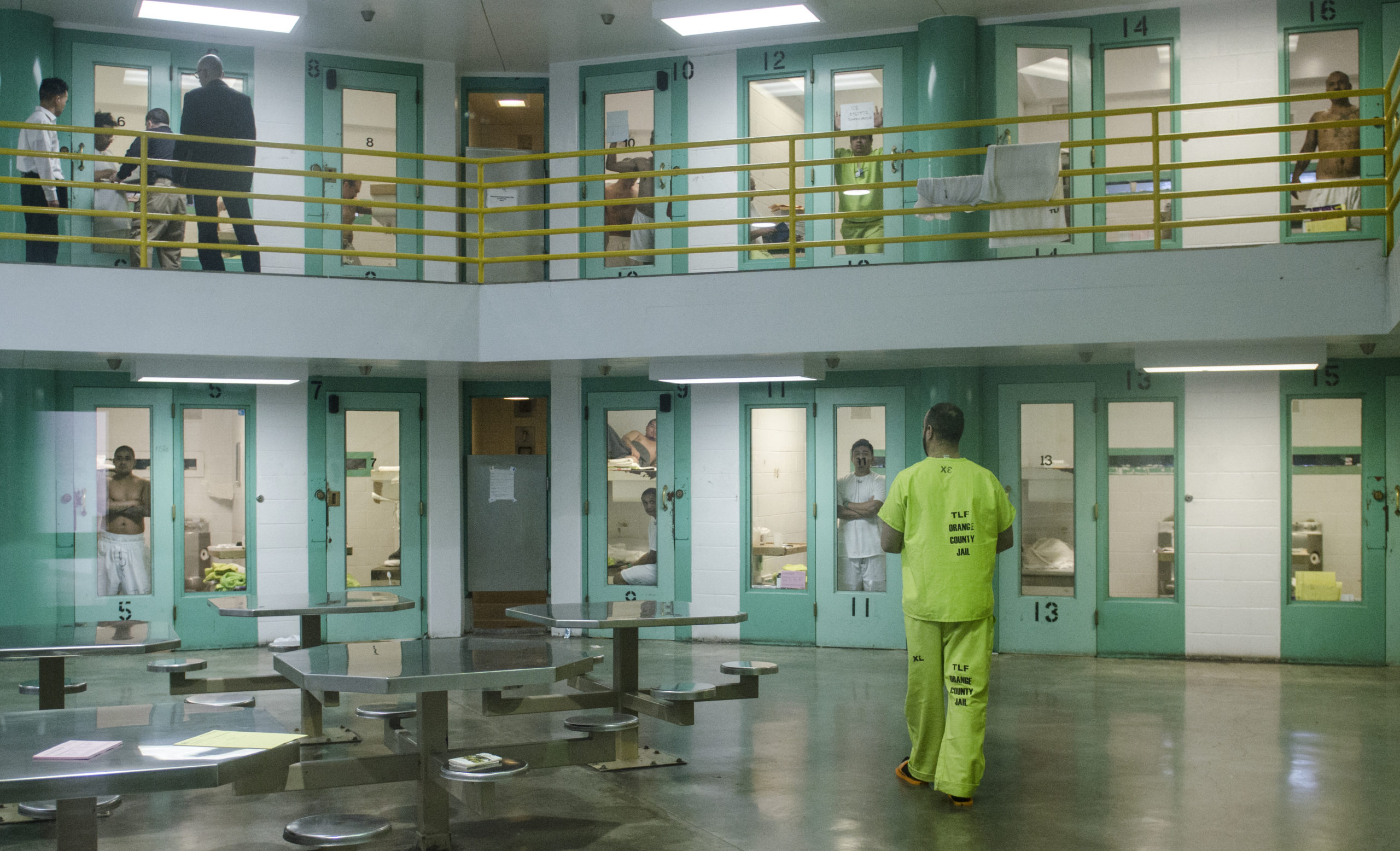 Call now to help protect people in prisons and jails and the larger community.

Join @innocence and a coalition calling on governors to prioritize the immediate release of the elderly and medically vulnerable from prison in the wake of COVID-19. Call to connect to your gov.'s office or click on the link below: 917-540-5188
https://bit.ly/2vRQVTT

@WinstonWatchman I like getting my misinformation from the President. A hint of delusion sprinkled in with unreasonable anger and stupidity.

I get my disinformation from the New York Times. https://a.msn.com/r/2/BB11Ps1U?m=en-us&referrerID=InAppShare