Monday’s meeting of the Winston-Salem City Council was noteworthy. There’s a lot to unpack. The activist pushback against our status quo city council during public comments was enlightening and entertaining. While the City’s Nondiscrimination Initiative and half-hearted community investment measures are likely to get covered reasonably well by the local press. An item on Monday’s agenda that is unlikely to get any press coverage caught my eye.

Recently, baseball great Hank Aaron died at age 86. The celebrated home run hitter overcame a shameful barrage of racist hostility when he broke Babe Ruth’s home run record on April 8, 1974, in Atlanta. It’s time for the Atlanta Braves to change their name to the Hammers, in honor of “hammering” Hank Aaron. In the wake of Aaron’s death, the Journal posted some articles on Aaron’s visits to Winston. The Journal seems to do a better job of looking back than looking forward these days.

Today, I’m posting the first of what I hope to be many Throwback Thursday posts. Every Thursday, for the foreseeable future, I am planning on examining, at length, a video from the City of Winston-Salem’s YouTube channel and other sources. The City of Winston-Salem has a number of excellent documentaries that deserve more attention than they’ve received. For a middling, mid-sized city, Winston has a lot of great historical resources in print and on video. With the renegotiation of the Dash’s lease in the news, I thought it would be a good time to take a trip back to Watkins Street.

This year has been a challenging one. But there is a feeling, amongst some that when we get to 2021, everything will get better; Covid-19 vaccines will be distributed, the pandemic will finally be over, and we can return to normal. In actuality, with the federal eviction moratorium set to expire at the end of the year, cold weather, and Covid spikes crippling small businesses, the darkest days of the pandemic are right around the corner. A case can be made for a small business bailout, but what we really need is an extension of the eviction moratorium. We need an eviction moratorium 2.0 that forgives back rent tenants owe their landlords.

“The Southeast area of Winston-Salem is an area that
has experienced change in recent years due to the
increased numbers of immigrants, mostly of Hispanic
origin, settling in and opening new businesses, enhancing
further diversity in its population.” -Southeast Area Plan, 2002

Gaama Foods closed recently. The Latinx-focused grocery store at the corner of Waughtown and Reynolds Park Road, in the Southeast Plaza shopping center, will be missed. When it first opened a few years ago as Compare Foods, it was a modest grocery store with an impressive produce department. A couple of years ago, it became Gaama Foods.

The Lion Isn’t Afraid To Operate In East Winston

As Thanksgiving approaches, the nation’s news cycle focuses on hunger and homelessness. It happens every year. Newspapers and broadcast media love feel-good stories about neighbors helping neighbors. But they don’t spend much time focusing on why so many people don’t have access to basic necessities in the wealthiest nation on the planet. Homelessness (and hunger) should not be chronic conditions in our community.

Zooming In On Housing Issues In Winston-Salem, Forsyth County

Last week the Forsyth County Library’s panel discussion on affordable housing got me thinking about all the publicly available resources that document housing disparities in Winston-Salem/Forsyth County. Often new reports attract a great deal of attention when they are released, but get forgotten as time goes by. So, for that reason, I’ve comprised a list of the important housing studies that have been released in recent years. Mayor and Winston-Salem Alliance president Allen Joines says that he’s working to bring more affordable housing to Winston. But his record tells a different story.

The 2021 National Black Theatre Festival, based in Winston-Salem, has been postponed until August 2022, the North Carolina Black Repertory Company announced Tuesday. https://journalnow.com/news/local/n-c-black-rep-postpones-2021-national-black-theatre-festival-for-a-year/article_65cbe3de-8bfc-11eb-8a41-bf4d7c625ee0.html?utm_campaign=snd-autopilot&utm_medium=social&utm_source=twitter_

More photos from the 3/20 national day of solidarity with #BAmazonUnion! Support has poured in from across the country as hundreds rallied in front of fulfillment centers, Whole Foods, hubs of BLM protests, and even the offices of the union busting law firm Amazon has hired. 👏 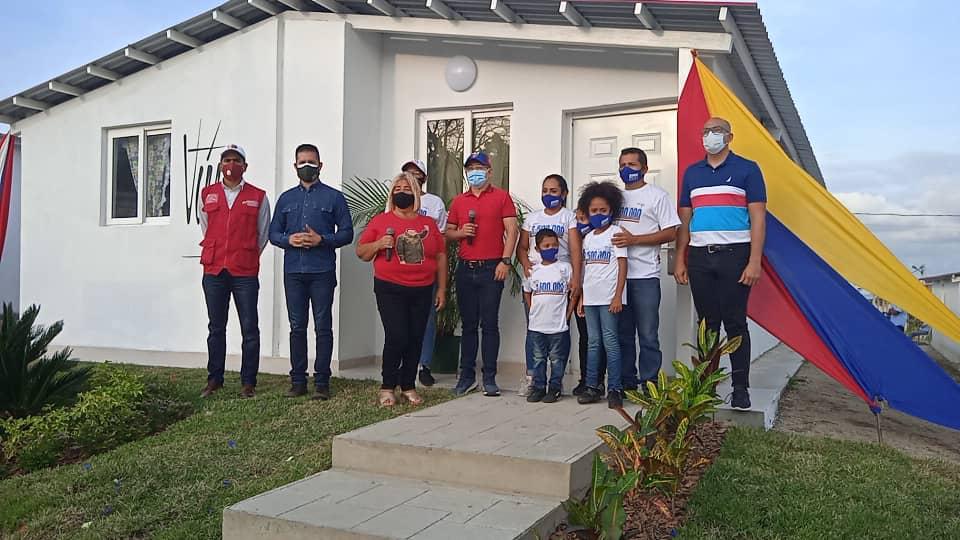 The keys to the latest GMVV home were delivered in Yaracauy state to María Piña y José Echeverría, both healthcare workers.

The "demonization of the dictator" is one of the most common (and effective) tactics of the imperialist propaganda machine.

I learned from @leahstokes how vital it is to scrutinize your local public utilities monopolies. #ClimateJustice and #EnvironmentalJustice issues exist internationally, nationally, and locally. Great opinion piece here in @queencitynerve https://qcnerve.com/duke-energy-irp-2021/