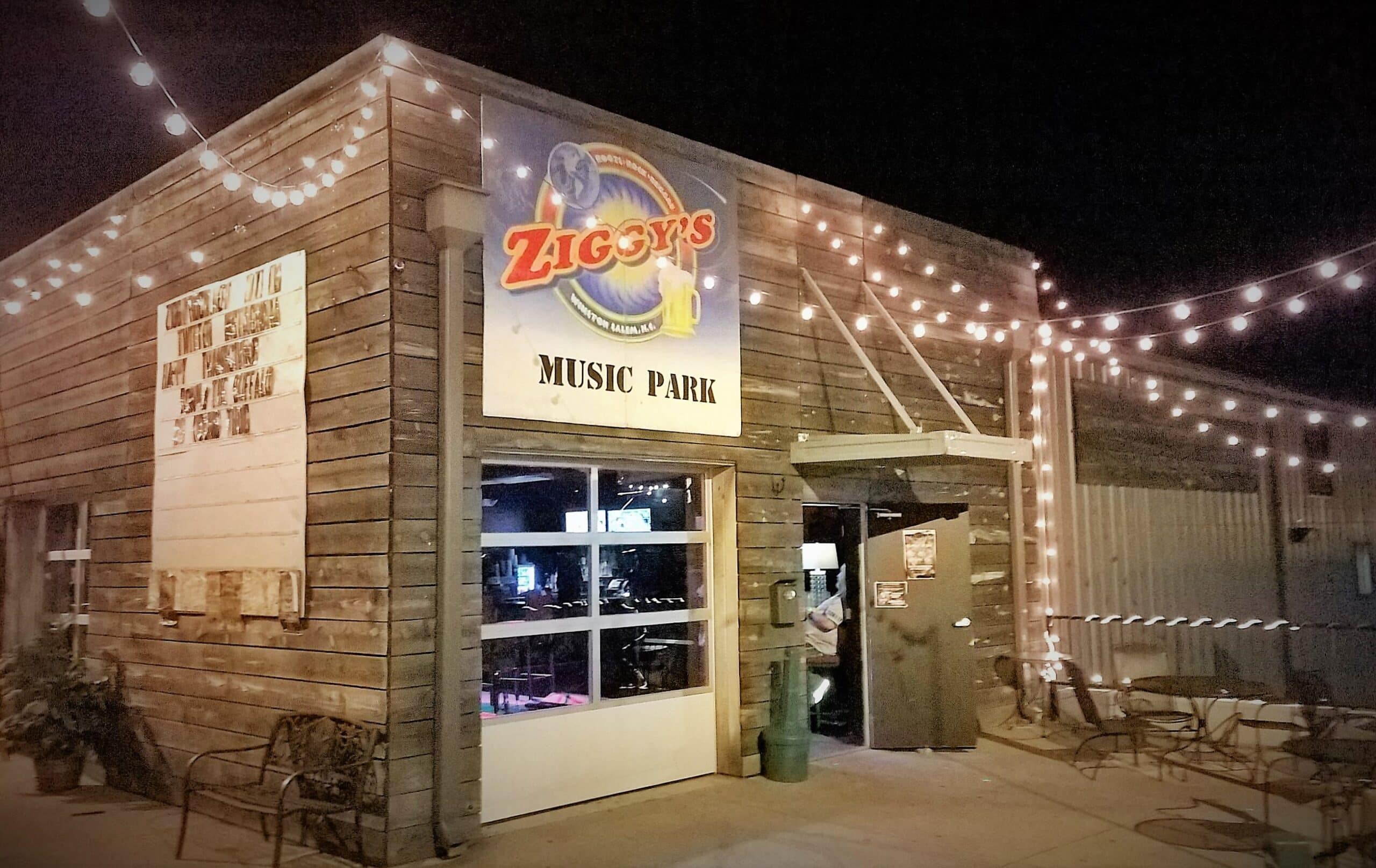 Last Sunday night was the last Waltz for Ziggy’s, a live music venue that was once the epicenter of live music in Winston. In November, the shocking news that Ziggy’s would be closing stunned this observer. I knew that Ziggy’s wasn’t drawing very many big acts, the place wasn’t what it used to be. But Ziggy’s has been a linchpin of  Winston’s music scene for decades. I thought that place would stay open for years to come.

Apparently, the owners of Ziggy’s were not getting along. Things had not worked out like they planned. Ziggy’s landlords at 9th Street Properties allege that Jay Stephens and his partners failed to pay their rent on time. The new Ziggy’s on W 9th was a large concert venue. If it wasn’t filled to near capacity on a given weekend-then it was losing money. And filling Ziggy’s was of course contingent on getting quality bands to consistently come to Downtown Winston. Ultimately, that’s why Ziggy’s Downtown failed. Ziggy’s lost out to bigger, better clubs elsewhere in the state.

Ziggy’s went out the right way. Last Friday night Ziggy’s hosted a tribute to Baity’s Backstreet Music Garden, a club that complimented and competed with Ziggy’s during the 80s and 90s. Saturday night it was Absolute 80s. And Sunday night, Ziggy’s final show was Ibestock, several local bands coming together to benefit local 27101 legend Ibrahim Myers’ family. I was there the last time Ziggy’s closed down in November, 2007, so I decided to go to Ibestock and watch Ziggy’s close for a second time.

On June, 4, 2011 Ibrahim Myers was hit by a vehicle while cycling in Winston. He suffered critical injuries and never recovered. He died on January 22nd. He was described in the local media as a beloved fixture of the downtown Winston-Salem scene, known to his friends as Ibe. Over the years, Myers worked at various restaurants downtown. He was an avid cyclist and a regular at Recreation Billiards. When news of Myer’s accident got out, his friends in the Winston cycling community organized group bike rides through Downtown Winston to promote bike safety. Ibestock was at least the third music benefit that his friends have held to help with his medical bills. 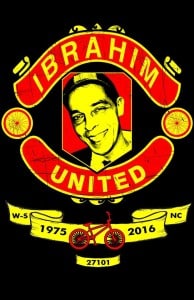 Ibrahim Myers was a perfect fit for downtown Winston, an urban pioneer liked by all. By contrast, Ziggy’s on W 9th Street wasn’t a great fit for Downtown Winston. Jay Stephens, owner of the Ziggy’s on Baity Street was pushed off Baity Street in 2007 by Wake Forest, who wanted the entire neighborhood across from the Lawrence Joel Coliseum for themselves. Stephens got a pile of cash from Wake. He took his time finding a new location and new partners. Ziggy’s on West 9th Street opened with high expectations in 2011.

The corner of Trade and West 9th was a nice downtown location. But it’s hard to re-create a club or a bar. What works in one time and place may not work in another time and place. They built a club that was bigger and better than the old Ziggy’s in every possible way. Ziggy’s 2.0 was a nice, well done venue. But there was nothing special or unique about it. I liked the interior of the place. The exterior infuriated me from day one.

It was so tacky. I couldn’t believe that they built Ziggy’s on West 9th out of wood and steel. It didn’t fit in with the old red brick buildings around it. But most importantly, it was missing the special sauce that made the old Ziggy’s work. The old Ziggy’s wasn’t exactly an architectural gem. In the words of Ed Bumgardner, it was a “magnificent mess.” But it worked in the 80s, 90s and into the 2000s. That place saw some great national acts. It was the place to see live music in Winston. I remember seeing Moby, Donna the Buffalo, Robert Earl Keen, The Dell McCoury Band, Blackalicious, Robert Randolph And The Family Band and a lot of other great shows there.

The partners involved in opening Ziggy’s 2.0 should have followed the Downtown Winston template. They should have reincarnated Ziggy’s in a historic building. That wouldn’t have been an easy task. There aren’t that many historic buildings left in prime locations downtown to redevelop. And there are noise concerns. You can’t disturb folks that live in Downtown Winston’s overpriced condos-just ask the former owner of Lollipops. The old Walgreen’s building was rumored to be a possible location for Ziggy’s, but that didn’t work out.

Wise Man Brewing is opening a brew-pub right behind Ziggy’s in the old Angelo Brother’s building maybe Ziggy’s could have made that space work. Big Winston, a former tobacco warehouse which became a home for overpriced local chocolates and spirits would have been a nice spot for Ziggy’s. I think the best place in the city for Ziggy’s to have relocated to would have been the Millennium Center. But that place wasn’t for sell. The owners are too busy renting the place out for weddings and corporate events to consider its full potential as a live music venue. If done right, the Millennium Center have could become Winston’s Orange Peel.

To draw bands this day and age a club needs to be a destination. Rock clubs aren’t the dives that they used to be. In 2016, Winston doesn’t mean that much to the music industry. The LJVM barely has any national acts on its schedule. Venues in Charlotte, Raleigh, Chapel Hill and Asheville are drinking Winston’s milkshake. Ziggy’s on Baity Street was able to pull national acts in. For a club to recreate the success Ziggy’s had in the past, it would have to operate a first-rate club, with its own style and vibe.

Ziggy’s failed because it didn’t establish its own brand with musicians and concert goers. A couple of years ago Ziggy’s got Snoop Dogg to play an outdoor concert there, but that was the exception that proves the rule. And from what I heard, Snoop’s concert was something of a Pyrrhic victory for Ziggy’s-they lost a lot of money on it.

Look at the Garage on 7th Street. That place works, it has a brand, its found its niche. Richard Emmett took an old garage and made it someplace special. The Garage continues to thrive under Tucker Tharpe. The Garage is small and certainly not fancy. But there is nice attention to detail at the Garage. The hall of concert posters as you walk in, the garage related signs, the graffiti artwork on the walls, the “big ass fan,” it all comes together to make the Garage unique. The Garage is a tight little club that has a loyal following in Winston and has become a second home to local bands and even a national act like, All Them Witches.

By contrast Ziggy’s 2.0 didn’t pay enough attention to the details. It didn’t have a distinct vibe of its own. It felt too corporate. Concert goers in Winston owe Jay Stephens a debt of gratitude for all the great shows that he brought to Winston over the years. Stephens, despite serious health problems has vowed to open another club in Winston. 9th Street Properties have not said what their future plans for the building are. Maybe a music promoter from out of town will come in and open a new club there. I hope someone with deep pockets steps in and breathes new life into the place. But whatever club opens there, I’m glad that it won’t be called Ziggy’s. There will always be only one Ziggy’s in Winston. It was on Baity Street and it closed in 2007.