The Chronicle’s print edition front page has a nice, bold look. But a succinct description reminding readers that The Chronicle is Winston’s African American newspaper would be of more value than listing the volume and number of each paper.

Most people today don’t read print newspapers. They read online. That’s where The Chronicle really disappoints. Their website’s masthead celebrates their 43 years of community journalism. But in fact, The Chronicle was founded on September 4, 1974. They’re almost two months overdue on updating year 43 to year 44.

What gets me is The Chronicle’s use of  “community” journalism. Which community are they referring to? From the look of their website masthead, The Chronicle serves the Holly Avenue neighborhood and all of Downtown Winston.

Even when you click on The Chronicle’s about tab, you won’t find the words “Black” or “African American” there either. Glancing at other African American Newspapers in the state, they all embrace what they are and the communities that they serve. The Chronicle should follow suit.

(Though its fonts are not very crisp, The Wilmington Journal has the best description: News from the African American perspective without fear or favor)

Beyond poor branding, The Chronicle’s failure to use the terms “Black” or “African American” is a tacit admission that The Chronicle has lost sight of its core mission.

The Chronicle should be reporting on the entire city with a Black perspective. They should be giving careful attention to the needs and aspirations of East Winston, where the bulk of The Chronicle’s readers reside.

East Winston is a fascinating place. It’s full of gritty narratives and frustrating contradictions. But instead of giving working-class voices in East Winston a platform, the Chronicle cheers on downtown development, as long as there’s a piece of the pie for Atkins CDC and Goler CDC.

The Chronicle is owned by a group of investors that includes two sitting Councilmembers. Each week The Chronicle provides some informative articles. But it’s more of a community bulletin than adversarial journalism.

Winston needs journalism with a Black, progressive perspective. Sadly, The Chronicle hasn’t filled that role in a long time. In actuality, The Chronicle’s nondescript masthead and poor branding are the least of its problems. 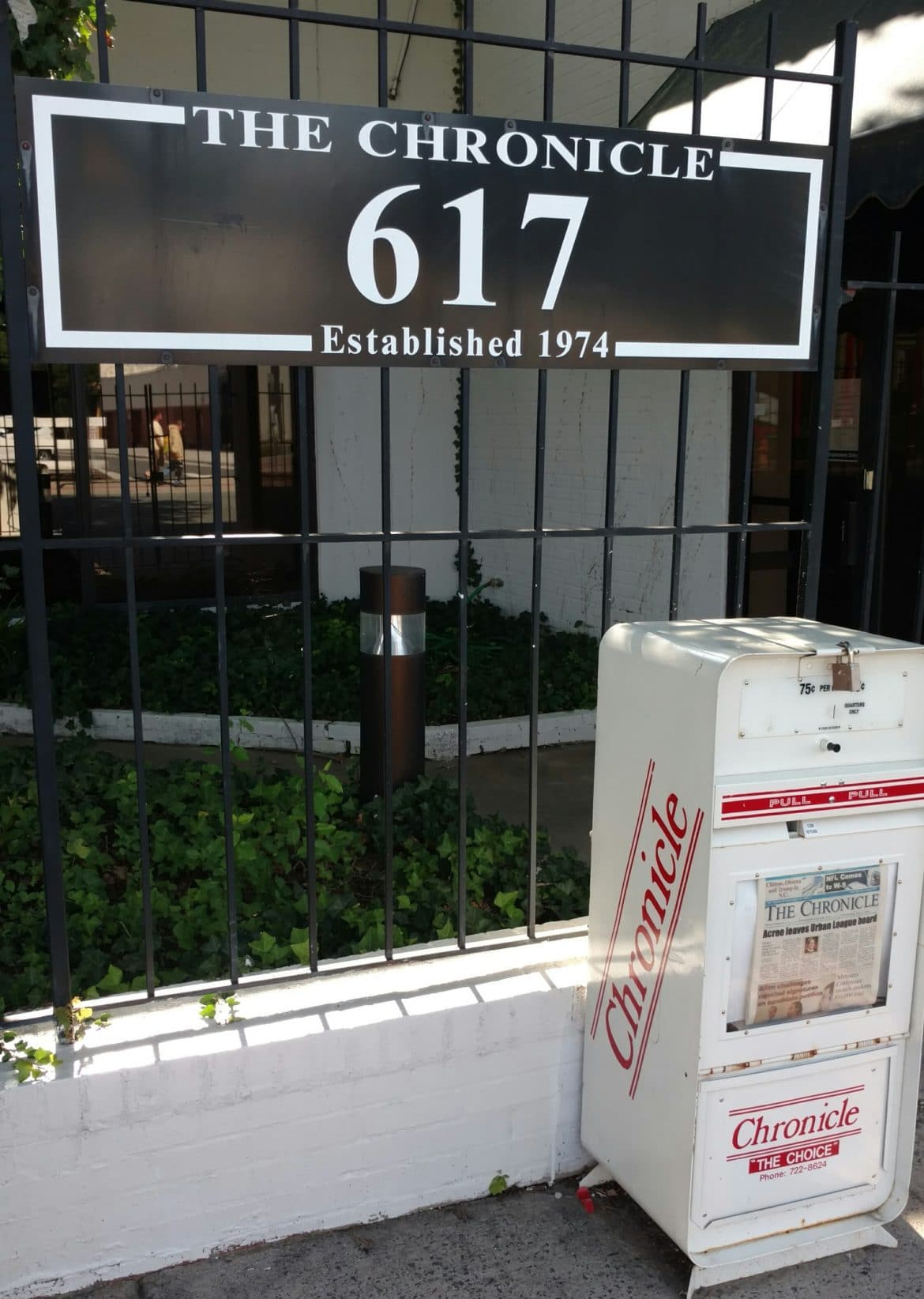