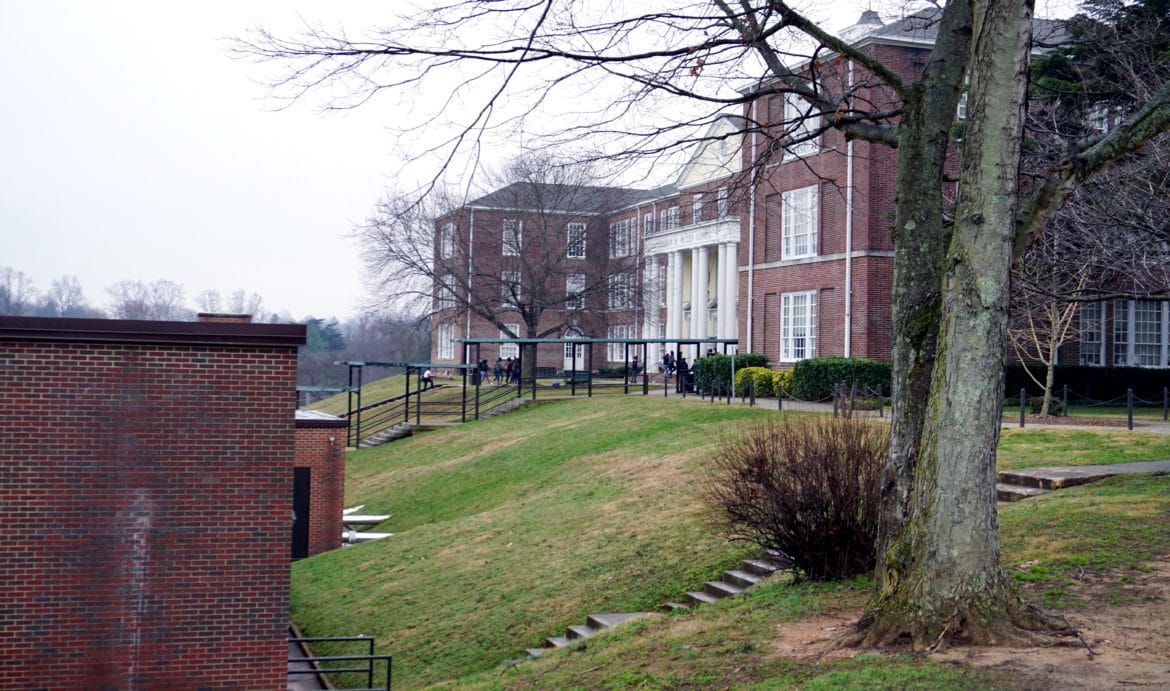 There is little question which local Winston-Salem/Forsyth County political body is currently home to the most compelling political debates. It’s not the Winston-Salem City Council, though the Confederate statue controversy has heated things up at City Hall recently.

It’s certainly not the rather dull mid-afternoon Forsyth County Commissioners’ meetings. The epicenter of political debate and activism right now in our community is the Winston-Salem/Forsyth County School Board.

In 2018, the WS/FC School Board was home to contentious debates regarding the health of students and faculty at Ashley Academy, teacher compensation, and a multi-use stadium (i.e., a football stadium) for R.J. Reynolds’ High School. Race, class, advantage, and disadvantage all intersect at the Winston-Salem/Forsyth County School Board meetings.

Last November’s election of a historic school board, comprised entirely of women, with a 5-4 Democratic majority had observers curious how the new school board would proceed on continuous topics affecting students, teachers, and staff in Forsyth County.

The future of the WS/FC School Board was looking bright. There was hope that two strong Black women leading the school board would benefit Black and brown students that too often are ignored. There was hope for progressive policy changes to counteract two decades of school choice, construction of new schools far removed from Winston’s urban core, and the resegregation those policies encouraged.

But hopes for the new school board were tempered last Tuesday night when the WS/FC School Board’s Building and Grounds Committee made the shocking decision to accelerate plans to rebuild Wiley Middle School’s gymnasium and boiler room at a substantially increased cost. The B&G Committee isn’t even waiting for Business 40 to reopen as Salem Parkway and relieve traffic congestion around Wiley Middle.

Instead of telling HFA to come back when they’ve raised all the money they promised, the new board is content to devote their limited resources to fund an unnecessary stadium at Hanes Park instead of other more worthy projects throughout the county?

Elizabeth Coyne, of the Save Hanes Park coalition, provided an excellent analysis of what went down at last Tuesday WS/FC Board of Education committee meeting in today’s Winston-Salem Journal:

Our ground-breaking new Winston-Salem/Forsyth County school board and new chair seemed to offer a refreshing change of leadership complete with a promise of equity and transparency. However, at the Jan. 22 building and grounds committee meeting, a grim alliance was on display with proceedings laying bare a brazen power play. (I encourage everyone to read Elizabeth’s entire letter to the editor, it’s spot-on.)

Coyne’s letter thoughtfully describes how the school board members that ran on a platform supporting equity in education and a new school for Ashley Academy have apparently joined forces with proponents of Reynolds’ Home Field Advantage.

Such an improper, backroom alliance between Ashley and RJR supporters is every bit as regrettable as the short-lived alliance between Elizabeth Motsinger and Dana Caudill Jones. It’s time that we loudly object to backroom political deals in our community.

Winston is a relatively small town that’s always been ruled through backroom deals. From the 1880s to the 1990s Winston was a company town, ruled behind the scenes by the Reynolds, Grays, Hanes, and Babcocks.

When Winston’s old order finally collapsed as Reynolds downsized, Hanes offshored, and Wachovia relocated to Charlotte (before it eventually collapsed into Wells Fargo) it didn’t take long for a new group of power brokers to fill the vacuum.

The Winston-Salem Alliance, described as a “CEO Alliance” by Triad Business Journal, was initially formed by Bud Baker (the man who destroyed Wachovia) in 2000. In 2001, after Baker abandoned Winston, Allen Joines was appointed the president of the Winston-Salem Alliance and elected Mayor of Winston-Salem. Our city’s longest-serving mayor has held those two titles concurrently ever since.

The Mayor’s arrangement is perfectly fine if you believe the popular local fiction that there are no conflicts of interest in Winston-Salem. His time in office has benefited wealthy developers but done little for the residents of Winston’s urban core.

In order to keep the public from scrutinizing the inordinate amount of power that he yields in Winston, Joines switched his political affiliation from Republican to Democrat in 2001. He’s consistently supported third-rate projects in East Winston in return for the support of African American City Council members supporting his grand downtown projects.

It appears the dysfunctional alliance system that has infected the Winston-Salem City Council for so long now has a troubling new parallel on new the WS/FC School Board.

If the Democrats on the school board who got elected promising to increase equity in education and action for Ashley waste hundreds of thousands of dollars, potentially millions to accelerate the construction of a new gym and boiler room for Wiley, they’ll be betraying the voters who elected them. And they will be wasting precious resources that the children of WS/FC desperately need. 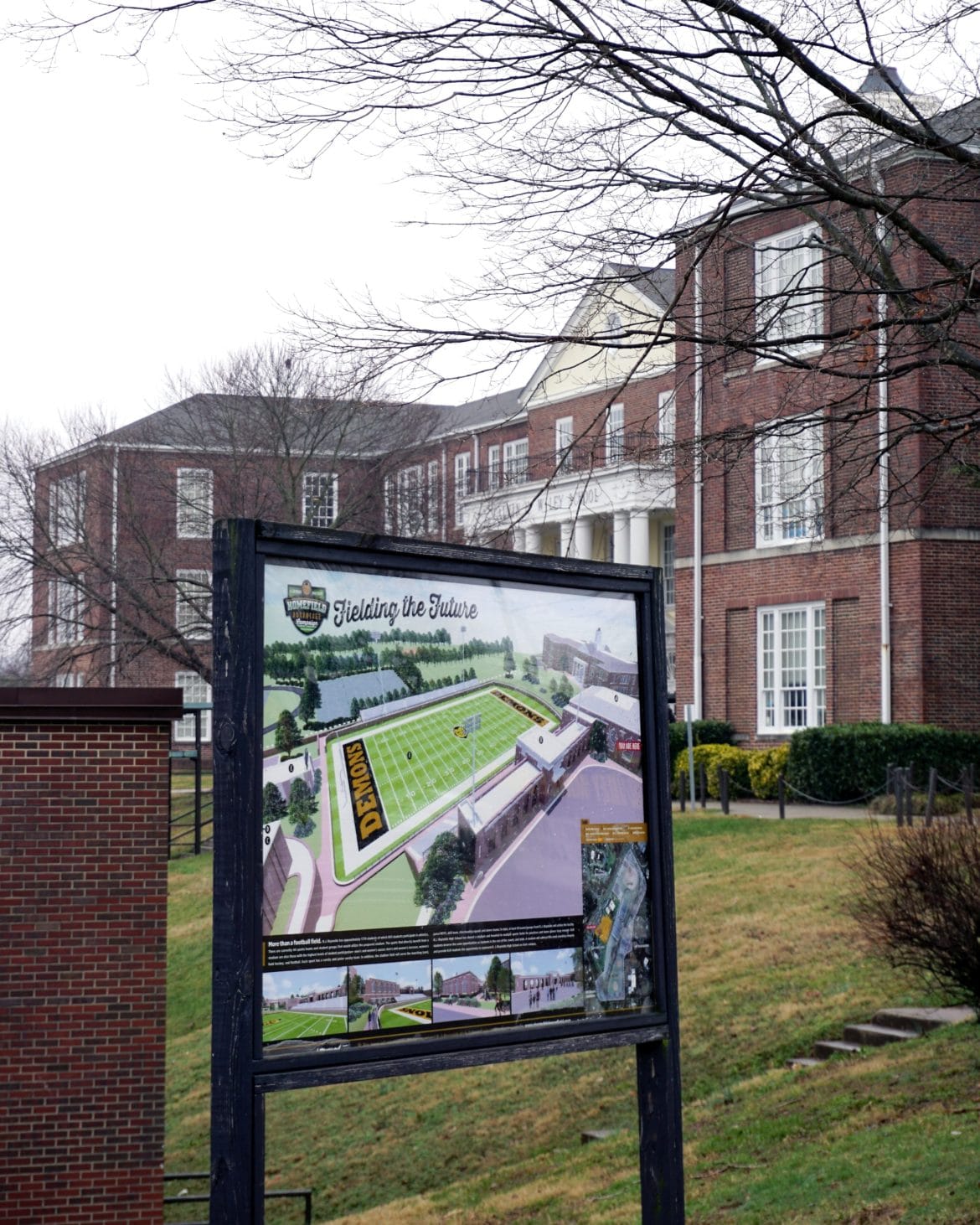