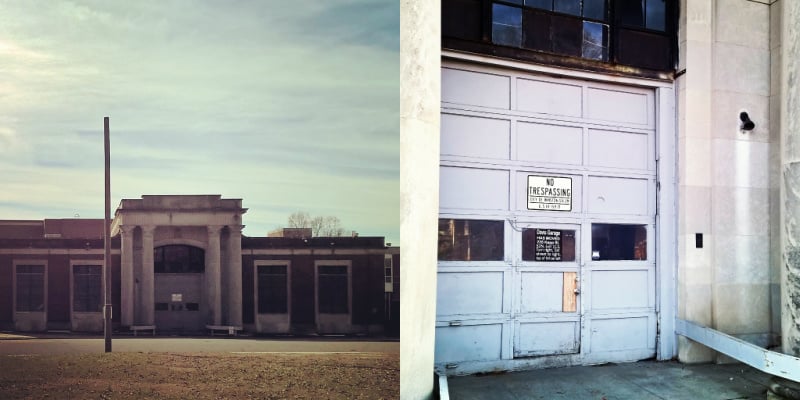 Initially, Union Station was going to be restored to its original use. Union Station was going to be a railroad station connecting Winston-Salem with other cities in the state. But there isn’t any sense of urgency on the state or national level to expand rail service to mid-sized cities like Winston. Charlotte and Raleigh are connected by rail-other large cities like Dallas and Houston are expanding their commuter rail capacity. But not Winston. Winston has proposed building a streetcar system-if that ever happened-Union Station would be a part of it. At some point in our lifetimes, commuter rail service will return to Winston. But don’t bet on any trains coming through Winston’s Union Station any time soon.

Instead, the city of Winston-Salem is using $18 million to transform Union Station into “a local and regional bus terminal,” with city offices occupying the middle and bottom floors for the Department of Transportation-tenant space will also be available for retail. Community leaders have been reassured by the city that Union Station will not replace the Clark Campbell Transportation Center on West 5th  Street-which has long been an objective of the capitalist class in Winston. Developers want to get the downtown bus station out of Downtown Winston, away from luxury housing, upscale restaurants, and retail. The new Union Station will “augment” the downtown bus station and remove a considerable number of poor people of color from downtown.

Make no mistake-that is Mayor Joines’ objective. I’m not asserting that Mayor Joines is racist, but he is President of the Winston-Salem Alliance, which means that he literally works for the city’s developers and business owners and they don’t want poor people downtown. It’s that simple. The city won’t replace its downtown bus station, but don’t be surprised if more, and more predominately poor passengers of color are diverted to MLK Drive and away from West 5th Street.

Years ago, when Hanes textile plants were manufacturing at full capacity, when cigarettes were still massed produced in Reynolds’ vast downtown network of factories, back then it was important to have a bus station downtown so that workers could use buses to get to-and-from work. Today, poor working-class workers are not needed downtown to the same extent that they were twenty years ago. As Downtown Winston has flourished in the last decade, downtown developers want the poor removed from the center of the city. They want them pushed further east, to Winston-Salem State’s doorstep. I’m truly surprised that East Winston’s elected leaders are so enthusiastic about another bus station in their community. This is a real failure of vision on the part of the city of Winston-Salem, particularly Councilman Derwin Montgomery and longtime Councilwoman Vivian Burke.

This is a far cry from what East Winston actually needs. East Winston doesn’t need another bus station. East Winston needs another bus station like they need another low-income housing project. How is a bus station going to stimulate East Winston’s economy? The type of mixed restaurant and retail development planned for the former Bailey Power Plant is what East Winston desperately needs. When Winston’s former Union Station closed it was a segregated facility with separate water fountains, bathrooms and waiting areas for whites and blacks. The new Union Station will showcase how separate but supposedly equal works today. Predominately white, affluent Downtown Winston gets upscale development facilitated and subsidized by the city and county, but predominately Black, working-class East Winston must happily settle for police sub-stations and bus stations from the city.

It’s a real shame. County Commissioners ignore East Winston, but East Winston’s own councilmen are content to get mere crumbs from the city. I can’t believe their lack of vision, their willingness to acquiesce to Mayor Joines. It would have been better if the city had left the Union Station property alone. I’d rather see a garage at 300 Martin Luther King Drive than $18 million in tax dollars be spent to put a bus station beside of Winston-Salem State.

*article has been lightly edited to correct typos.