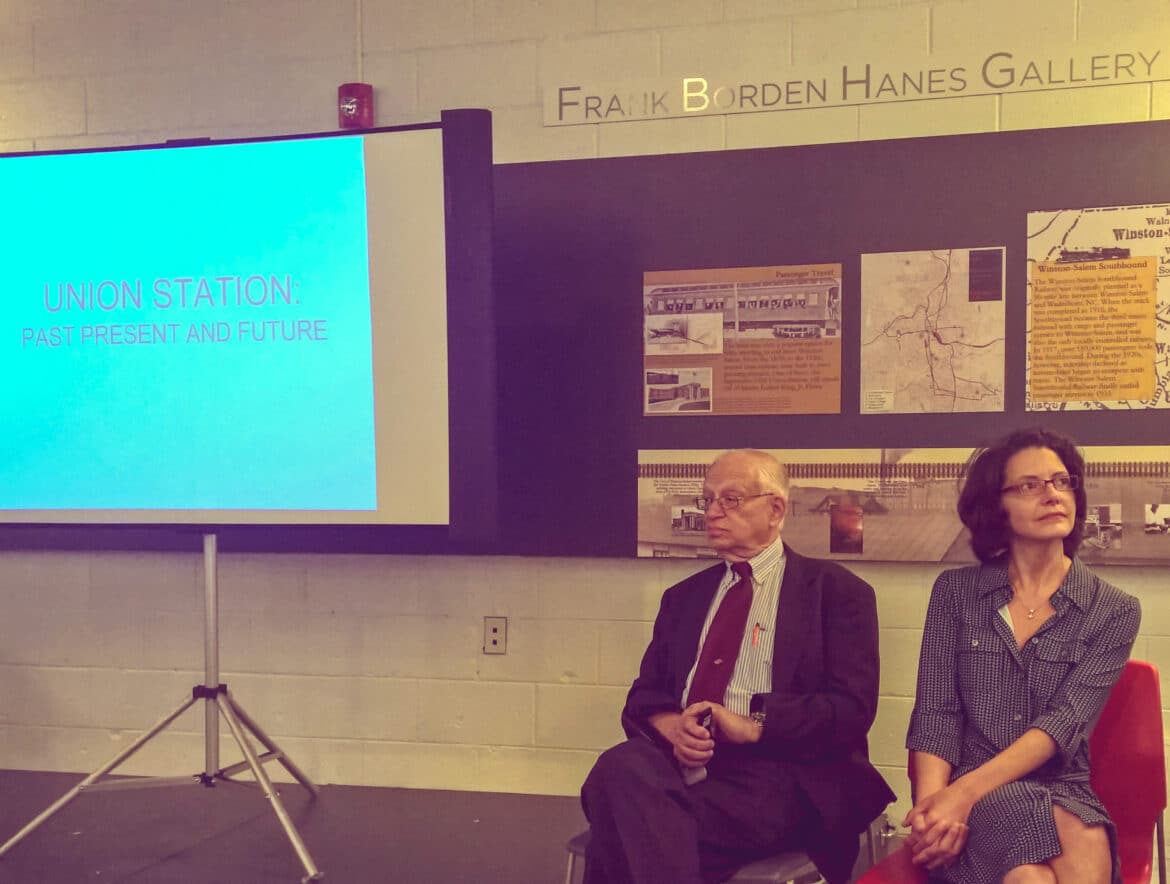 For nearly forty years (1975-2012), Winston’s Union Station was just another garage. It was Davis Garage, an auto repair and towing service owned and operated by Harvey Davis. The Davis family bought Union Station for a song back in 1970 and had ambitions of one day redeveloping it. Harvey Davis’ dreams were dashed when the City used eminent domain to take possession of Union Station in 2012.

Everyone can agree that an auto repair business being housed inside of a historic property adjacent to Winston-Salem State was just plain wrong. Local activists were right to demand that Harvey Davis should part with Union Station. But since the City took possession of Union Station nearly a decade ago, they have lacked a clear vision for Union Station. Because they used eminent domain, the City is mandated to use over 50 percent of the building for transportation purposes. That is fine if and when Union Station resumes rail service. But until then, it’s a problem. 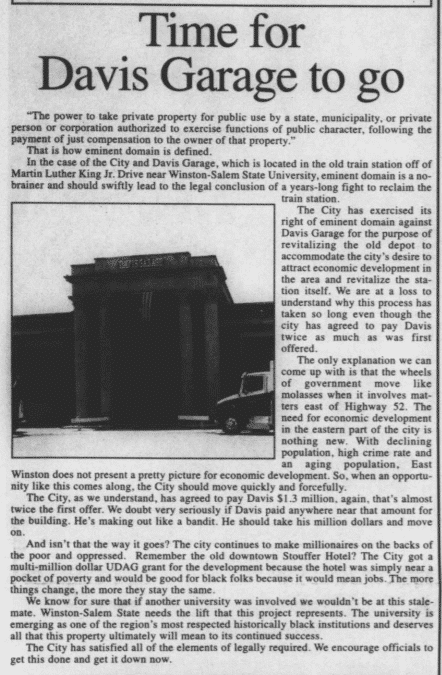 At the moment, Union Station is a bus stop with one floor of office space. The bottom of Union Station’s three floors is currently being used by the City’s Transportation Department. Union Station’s middle floor will be utilized by Winston-Salem State at some point in the near future, and the top, street-level floor is going to be part restaurant and part historic destination.

I have used the term Disunion Station in the past to describe our city’s botched redevelopment of the former Union Station at 300 Martin Luther King Jr. Drive. Union Station got its name from the fact that three railroad companies jointly owned and ran Winston’s former railroad hub (the Southern Railroad, the Norfolk and Western Railroad, and the Winston-Salem Southbound Railroad). When Union Station opened nearly 100 years ago, it had three owners but one purpose. The new redeveloped Union Station has one owner (the City) but several purposes.

If the City had purchased the property at Harvey Davis’ asking price, then they would be free to do whatever they wanted with the entire building.* Or if the City partnered with Harvey Davis, they could have used historic tax credits to offset some of the costs of redeveloping the building. As it stands, the City of Winston-Salem spent $20 million (and counting) on a building that will be used mostly for upscale office space. The City’s decision to use eminent domain may have doomed Union Station’s redevelopment before it even began.

If the City had paid Mr. Davis walking away money, they would have been free to turn the old Union Station into something extraordinary- such as a history museum (with an African American focus), a restaurant, and a showpiece for Winston-Salem State University.

In 2021, Winston’s redeveloped Union Station is divided and underutilized. It’s potential has not been maximized. I’m all for investing in historic properties, especially one that’s in the heart of East Winston. But thus far, Union Station’s redevelopment has been a costly adventure in historic preservation that has gone array.

It’s unbelievable that such an expensive project that has been planned for so long has gone off the rails. But on the bright side, the Clark Campbell bus station hasn’t been replaced by Union Station, as I once predicted. And Winston’s Union Station is a wonderful showpiece for Pilkington’s Spacia Vacuum Insulated Glazing system. Union Station’s approximately 1500 panes of glass look amazing! When the City Council approved the use of limited obligation bonds in 2014 to finance the restoration of Union Station, they probably thought that by 2021 their tax dollars would have provided for more than a high-end windows showroom and some new office space for the City!

“Eighteen million dollars being invested in this facility that has the opportunity as we bring in new transportation uses here as well as commercial uses here in this facility we’re looking at something that’s going to be transformative for this neighborhood.”      -Derwin Montgomery, then East Ward Councilmember, March 28, 2016

According to @CityofWS‘ bond-tracking page, Union Station was projected to be completed in December 2018. Why the delay? What’s the explanation? When will Union Station be completed? https://t.co/3CmJHheRuh pic.twitter.com/9NuZENZXvh

On the bright side, beyond office space for @CityofWS‘s Transportation Department, Winston’s Union Station has also served as a high-end window showroom: https://t.co/jEs3O3UXEM pic.twitter.com/48L6Jyfd9W

Union Station Cheat Sheet (originally posted July 29, 2019)
*I must acknowledge that the thought of the City of Winston-Salem paying an extravagant about of money to Mr. Harvey Davis to acquire Union Station was less than ideal. The fact that Union Station was abandoned by the white establishment (Reynolds, Hanes, Babcocks) and converted into a garage speaks volumes about what the white power structure in Winston thought about East Winston in 1970. The Davis family should never have owned Union Station. But they bought the property. Sometimes you have to pay the man! I’m all for overthrowing capitalism. But until then, when a man or woman has title to a property that you want, you must pay them!