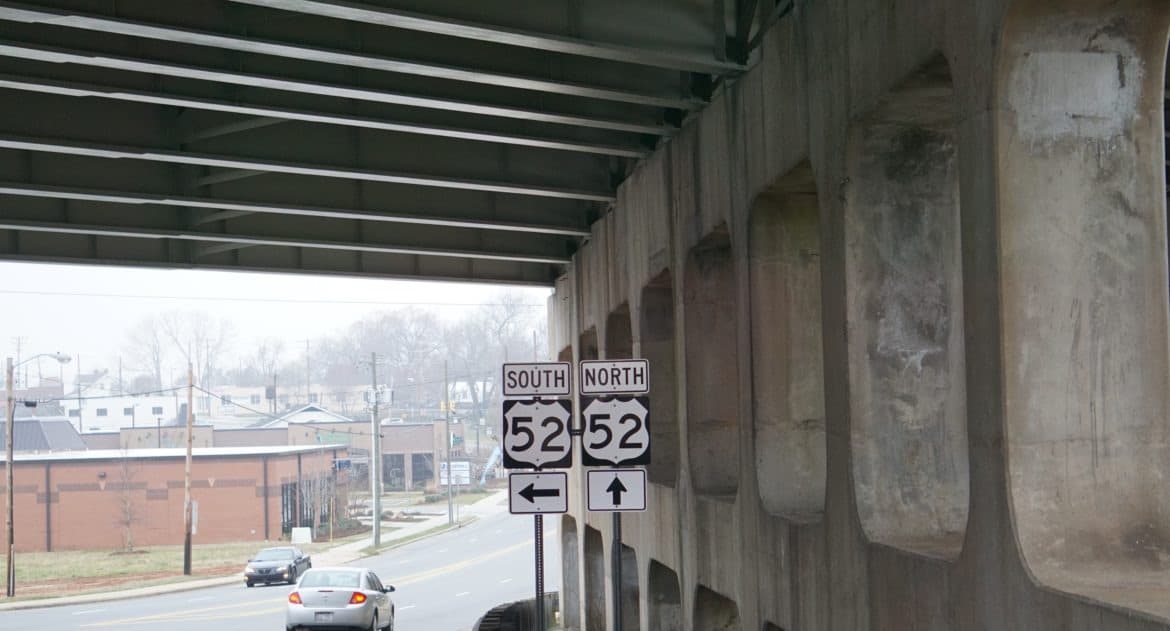 A couple of days ago I stumbled upon a 2011 master’s thesis online that is must reading for anyone in Winston that cares about fighting racism. Reynoldstown: Race, Blight, Disease, Highway Construction and the Transformation of Winston-Salem, North Carolina, by Shane Cruise is a revelation.

Through exhaustive research into the city council’s records, the Winston-Salem Journal’s pages, as well as mining Robert Korstad’s work on Local 22, and conducting interviews, Shane Cruise has done a service to Winston-Salem.

Reynoldstown: Race, Blight, Disease, Highway Construction and the Transformation of Winston-Salem, North Carolina highlights the role “blight” played in justifying Urban Renewal. Many white citizens favored Urban Renewal in the 1950s, not out of concern for the squalor that many African Americans were condemned to at that time, but because they feared diseases born in neighborhoods like The Pond and Monkey Bottom could spread to white neighborhoods such as Ardmore and Buena Vista.

The Reynoldstown thesis also focuses on Black leaders at that time who favored Urban Renewal partially because it was considered the best option they had. Decades later we now know that Urban Renewal was the devil’s gift.

Reynoldstown is an excellent analysis of the political debate that preceded Winston’s embrace of Urban Renewal (so-called “slum clearance” that destroyed Black neighborhoods throughout East Winston) and the approved the construction of Highway 52.

Highway 52 has caused more harm to Winston’s African American community than Newport cigarettes. Years ago, there was a group called Crossing 52 that worked to foster dialogue in our divided city. More recently the non-profit community placed arches over the highway that divides Winston.

The racism that justified chattel slavery and Jim Crow is America’s original sin (in addition to the genocide of Native Americans). America is a racist nation. There is evidence of racism anywhere south of the Canadian border.

But Winston-Salem is something of a showplace for racism, more racist than your average town even. Drive around East Winston and you won’t see much “art and innovation” but you will see a great deal of systemic racism. (Diggs Gallery and The Delta Arts Center are two great gallery spaces in East Winston)

Winston is one of the most segregated cities in the country. There is evidence of that everywhere; in our churches, in our segregated neighborhoods, in our schools with 95 percent free and reduced lunches, it’s everywhere. But undeniably, the single most racist physical structure in Winston is Highway 52.

Highway 52 cuts right through the heart of East Winston’s Black and brown neighborhoods, isolating them from the rest of the city. Highway 52 has institutionalized Winston’s separate and unequal geography.

Some longtime residents of Winston may not think much about Highway 52, a highway built through and over East Winston. It’s been my experience that newer arrivals to Winston are struck by our city’s highway of segregation, what Shane Cruise describes as “Jim Crow in concrete.”

Spoiler alert, Reynoldstown: Race, Blight, Disease, Highway Construction and the Transformation of Winston-Salem, North Carolina is not actually about Winston’s Reynoldstown neighborhood. Shane Cruise uses the term Reynoldstown to describe the tobacco metropolis that Winston was until very recently.

Cruise’s 2011 thesis adds to a pretty extensive body of work on Urban Renewal in Winston. But Winston-Salem’s African-American Neighborhoods, 1870-1950
by Langdon E. Oppermann is still the most comprehensive work documenting Urban Renewal throughout East Winston.

Beyond one or two neighborhoods, Oppermann’s work allows readers to see the destruction of one Black neighborhood after another, beginning with Happy Hill. Practically every time a roadway needed to be built it was routed through a Black neighborhood. The damage this caused cannot be overestimated.

Urban Renewal is a fascinating subject. It undercuts a large portion of the civil rights era history taught in schools today. Throughout the country, at roughly the same time that African Americans were gaining access to lunch counters they were having many of their neighborhoods taken from them.

There is only one assertion in Reynoldstown: Race, Blight, Disease, Highway Construction and the Transformation of Winston-Salem, North Carolina that I found to be dated.

Cruise, writing in 2011 pointed out that there weren’t any historical markers dedicated to African American neighborhoods that were destroyed, except The Pond, which commemorates a tragedy, not a place or a people.

Today, there are historical markers all over Winston acknowledging Black neighborhoods that were destroyed by federal bulldozers with the approval of the city council and the local chamber of commerce. The markers honoring Happy Hill and the Belews Street Neighborhood can be found near Highway 52.

Highway 52 is not going anywhere any time soon. But it’s important that we know how it got here and make dismantling racism, poverty, inequality, and segregation in Winston a top priority, instead of subsidizing the rich and do-nothing non-profits.

For example, BB&T Ballpark could have been built in the Liberty-North Patterson neighborhood to aid East Winston, instead of being built off of Peter’s Creek to benefit the Holly Avenue, West Salem, and Ardmore neighborhoods. 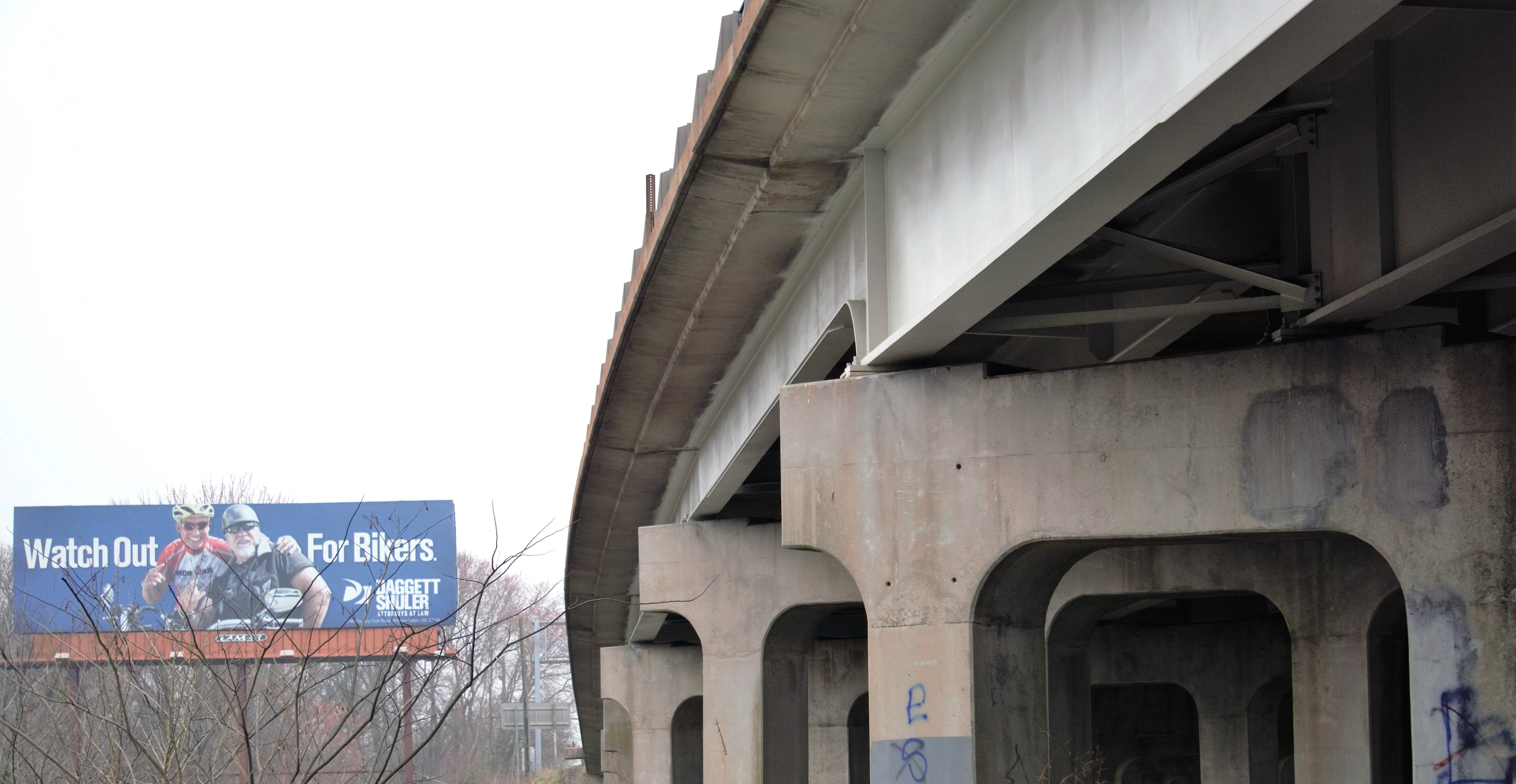 Reynoldstown: Race, Blight,… by on Scribd