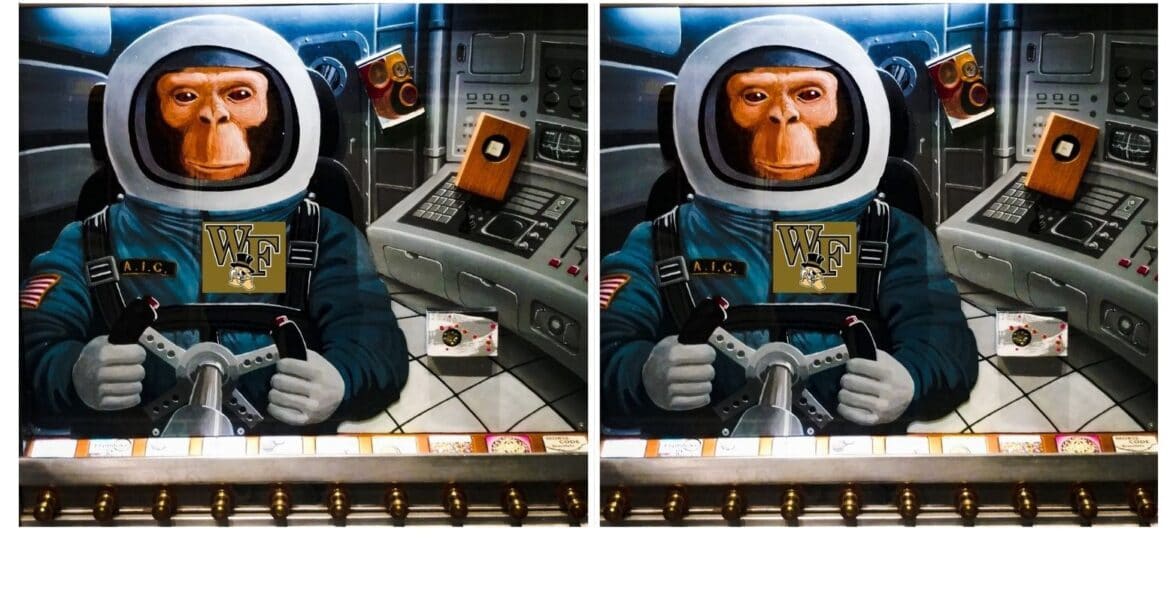 Wake Forest University has found itself in PETA’s crosshairs. People for the Ethical Treatment of Animals is accusing a Wake Forest University researcher of involvement in an unethical animal experiment in China. Lee Enterprises’ John Newsom wrote a nice summary of this controversy in today’s Winston-Salem Journal.

While PETA is concerned with Wake Forest’s involvement with “cruel and pointless experiments on monkeys at an institution in China,” I am more concerned with the monkey business that it’s engaged in here in Forsyth County. Most folks don’t even know that Wake Forest operates a research facility just off Peters Creek Parkway, on the Davidson/Forsyth County line. Though, the search for an escaped monkey a decade ago did raise the research facility’s public profile.

Under a considerable amount of pressure from animal rights activists, UCLA formed a partnership with Wake Forest University over a decade ago. In the mid-2000s the Vervet Research Colony (founded in 1975) was moved from Los Angelos to an inconspicuous, unincorporated parcel of land in southwest Forsyth County. Animal rights activists, oversight from the City of Los Angeles, and the state of California pushed UCLA into a partnership with Wake, even though the two campuses are separated by almost 2500 miles. The partnership soon soured and ended up in court.


I’m no expert on animal experimentation, but it appears to me that these are largely pointless experiments Ph.D.’s use to get grant funding. It’s a racket that should be abolished! I’d like to see Wake Forest close down its monkey quarter and spend some of its considerable endowment on housing human beings in its adopted hometown.

“At a North Carolina facility shared with Wake Forest University, Jentsch works with a colony of more than 450 vervet monkeys in what he described as noncoercive and painless memory tests, DNA samples and scans. He said 10 or fewer of the animals are put to death by injection each year, so that researchers can conduct postmortem exams.

At a UCLA lab, he administers methamphetamine to about two dozen monkeys and then withdraws them from it; about half a dozen are killed each year for postmortems. He contended that the animals suffer no pain from the work.” 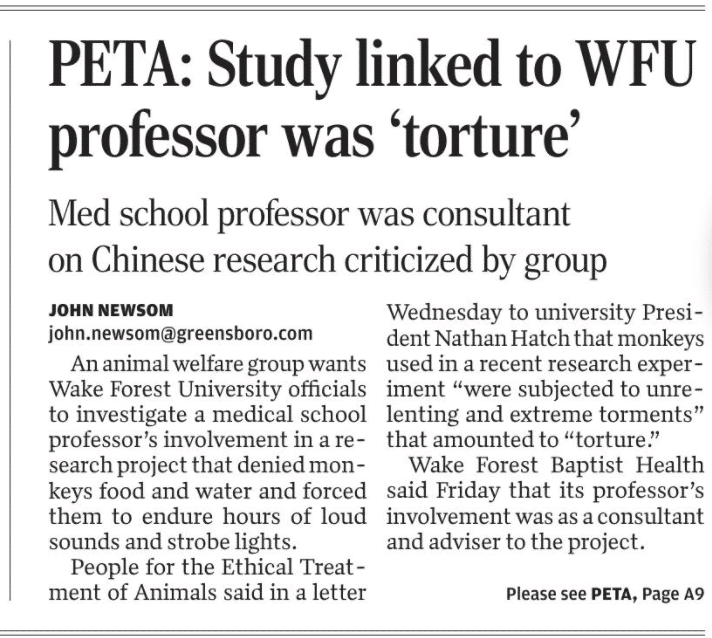