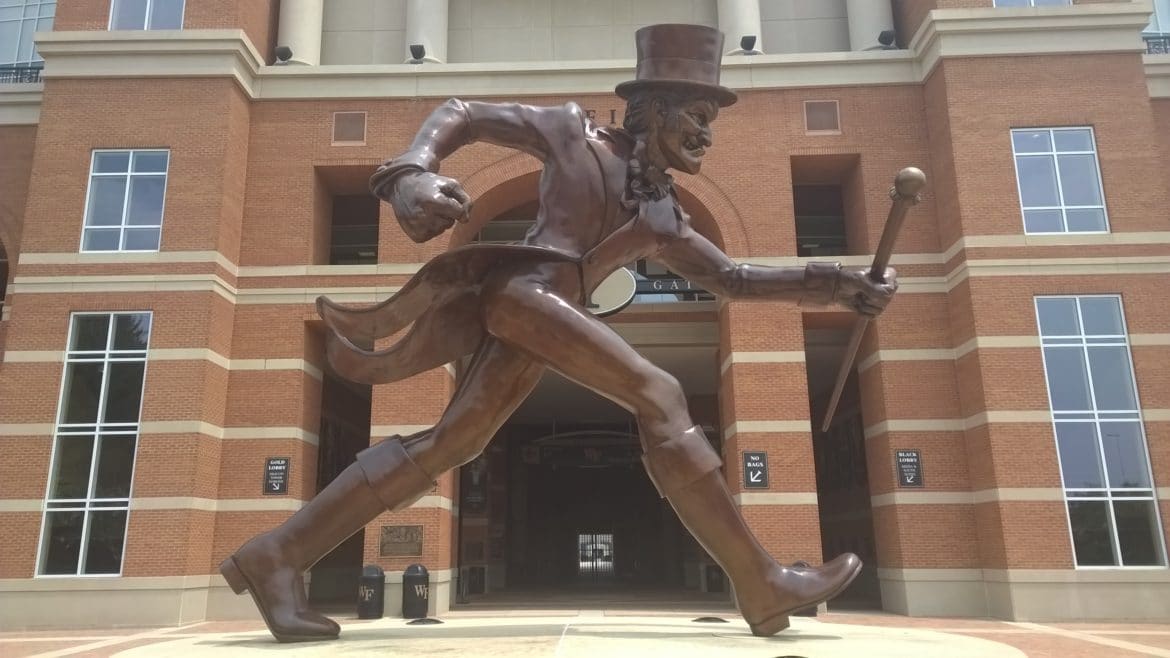 Yesterday the Wake Forest High School Cougars defeated Mallard Creek at BB&T Stadium. For Wake Forest, this was their second straight 4AA State Championship. Ironically the Wake Forest Cougars, dressed in blue and white won on the home field of Wake Forest University; the school that left their community decades ago.

Wake Forest High is located 108 miles east of Winston in a town of 30,000, just north of Raleigh. The Wake Forest that people most often associate with Wake Forest (Wake Forest University) isn’t actually in Wake Forest.

Wake Forest College, as it was then known moved to Winston 56 years ago when the Reynolds’ family made the college an offer that they could not refuse. The Reynolds, flush with tobacco cash were simply doing what the Buck Duke had done years prior.

But Wake Forest College wouldn’t stand for the Reynolds’ family to erase the name Wake Forest. They didn’t want to be renamed after a tobacco baron, the way Duke renamed Trinity College in his own likeness.

The trustees at Wake Forest College should have swallowed their pride and excepted the name change. They would have spared future generations the time and effort of explaining to newcomers to the city that, yes indeed, Wake Forest University is no longer in Wake Forest and has not been for many years.

A few weeks ago at a community event at Mars Hill Baptist Church, former city alderman and state representative, Larry Womble spoke about Wake Forest relocating to Winston 56 years ago like it was yesterday. “They bought that college and put it on a truck and brought it here.”

Womble’s point was that instead of the Reynolds supporting Winston-Salem State, the city’s public college the Reynolds went to extraordinary measures to bring a white college to the city.

Wake Forest University’s retention of the name of its former community is a reminder that Wake Forest has never fully integrated into our community. Wake is a private college, an oasis of privilege that frequently turns its nose up at the rest of the city.

It’s a city unto itself; a private school housed on 340 acres. Wake’s student body has over-the-decades been whiter and wealthier than the city around it. 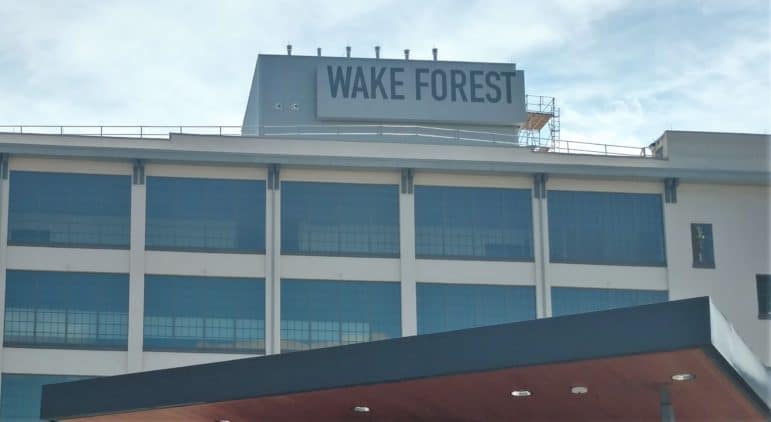 The Reynolds’ historically white university has flourished in recent decades as Reynolds’ factories have closed. The blue-collar, African American workers that R.J. Reynolds once employed in massive numbers have lost their jobs and with it the best ticket to the middle class that Winston ever offered.

Today Winston is a divided city, half rich and half poor. Half white and half black and brown. Wake Forest has only added to the city’s inequality. The university has done very little to address entrenched poverty in Winston, besides writing a 60-page report that has thus far been largely ignored.

The university’s vast resources have not trickled down to the city’s poor, some of whom are on the eastern edge of its campus. Wake should be funding coops to employ workers left behind by globalization and funding a portion of the city’s mass transit system. Instead of aiding the poor, Wake is working to displace them.

The shopping center on the corner of University and Deacon Blvd should be a place where Wake Forest University intersects with the community. Despite acquiring the LJVM Coliseum and all the property around it in recent years, the university hasn’t developed that area into anything similar to Chapell Hill’s Franklin Street or even UNCG’s Tate Street.

To the contrary, a decade ago when Ziggy’s and other clubs were still around Wake’s students mingled with the commoners on that side of campus. Back then, before Wake redeveloped it, Deacon Boulevard was home to restaurants and nightclubs. Baity Street was anchored by the famous Ziggy’s for many years. Now Wake has given up on that side of its campus, except for on game days.

Wake Forest shuttles its students to Downtown Winston, past the Boston Thurmond neighborhood. Wake is so focused on Downtown Winston that they don’t pay much attention to the neighborhoods between their campus and downtown that could use their resources. 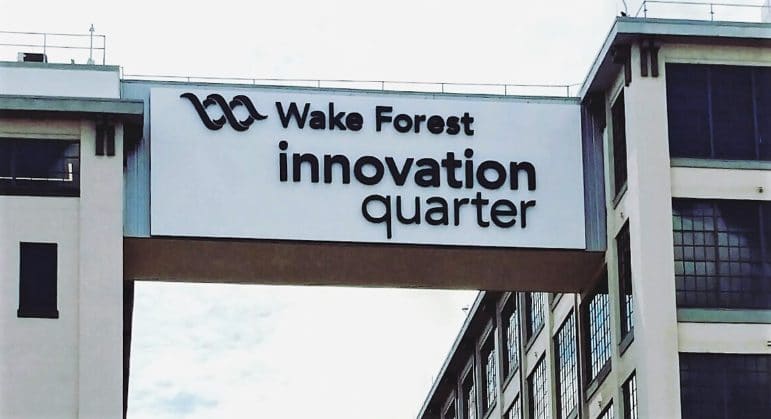 Today, Wake even uses the term “Wake Downtown.” But when the City and County subsidized the Wake Forest Innovation Quarter-just a few years ago, it was referred to publicly as simply the Innovation Quarter, not its more formal name. But now that there is no doubt that Wake Forest controls the most valuable piece of real estate in the city (and we’ve split the bill) they’re proud to put their name on it.

They’re in posh Reynolda, with its old mansions and beautiful tree-lined streets. Wake Forest is in the Innovation Quarter with its magnificently restored old buildings. Wake Forest has in recent years, even increased its presence in Washington D.C., the nation’s center of wealth and power. But you won’t find Wake Forest anywhere where there isn’t a significant concentration of wealth, that’s not the Wake way.