It was two years ago today that Snoop Dogg came to Winston. It was the crowning achievement of Ziggy’s reopening in Downtown Winston. Thousands of fans gathered to see a member of hip-hop royalty perform on an outdoor stage that Ziggy’s built for the show. It was a bold attempt to put Ziggy’s back on the map. It certainly created a buzz for Winston’s largest live music venue. But just seven months after Snoop came to town, Ziggy’s infighting owners announced that Ziggy’s would once again be closing.

The 14,000 sq. foot music venue at the corner of Trade Street and MLK has been closed for over a year now. It’s anyone’s guess when a new tenant will take over the lease. But the torch has been passed. The Garage is night in and night out Winston’s best live music venue. While Muddy Creek Music Hall in Bethania has made a name for itself, attracting top-notch Americana musicians to the outskirts of Winston. In Ziggy’s absence, occasional music venues like the Barn at Reynolda, the Millenium Center and SECCA have all attracted high-profile artists that the Ziggy’s struggled to attract. 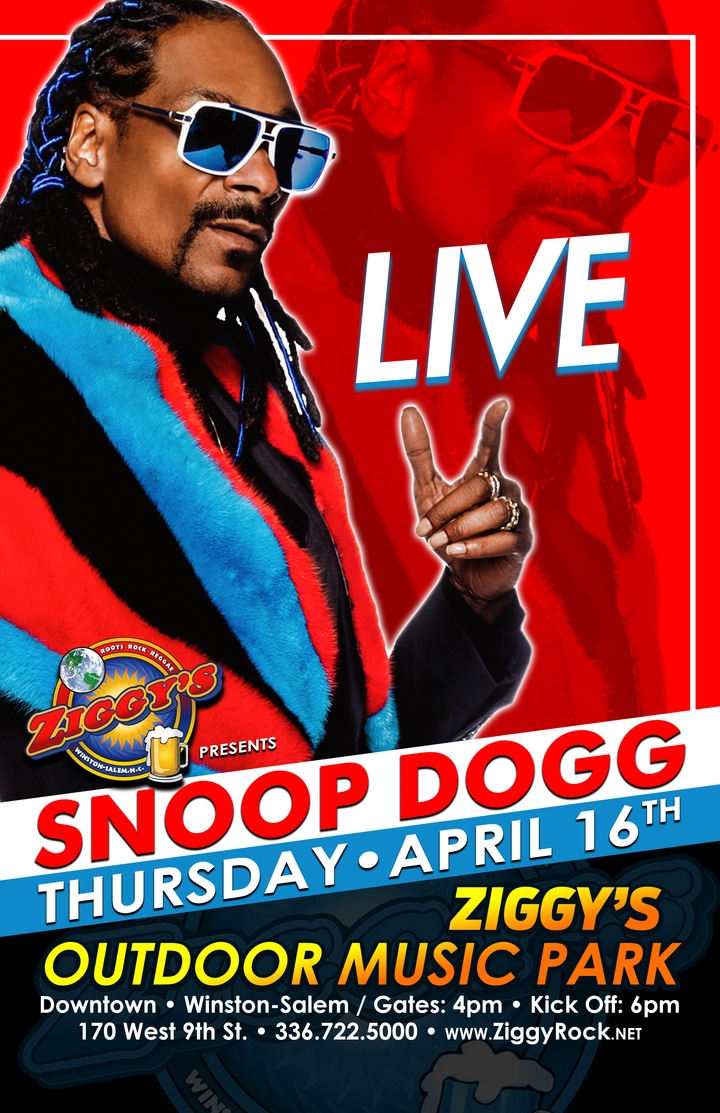 It’s hard to recreate a successful live music venue. When Ziggy’s re-opened during the summer of 2011, local music-lovers were eager to embrace the new location. Though the new Ziggy’s on the corner of Trade Street and MLK was bigger and better in every way, it didn’t have that something special that Ziggy’s on Baity Street possessed. Ziggy’s on Baity was kind of shitty rock club, but despite its flaws, it worked during the 1980s and 1990s.

Ziggy’s 2.0 never had the magic of its old location. The interior was nice, but not spectacular. The exterior of the metal framed building always looked tacky to me. Wise Man Brewing, located adjacent to Ziggy’s, opened its new brewery earlier this year. Wise Man Brewing did a spectacular job restoring the old Anglos Bros. building. Ziggy’s former building looks especially cheap beside of Wise Man. If Ziggy’s couldn’t have found an old building to restore, they should have built a club with a bolder, more interesting look; embracing the city’s emphasis on art.

Winston is a big enough market to occasionally draw a big name artist, but not on a consistent basis. That’s why I don’t think Ziggy’s former home at Trade and MLK will ever be re-opened as a live music venue. I hope that I’m wrong. I hope that some smart entrepreneur is able to make that location into a thriving live music venue. But I’m not holding me breath. I just hope that Ziggy’s 2.0 doesn’t get turned into a gym or a church. That would be truly awful.