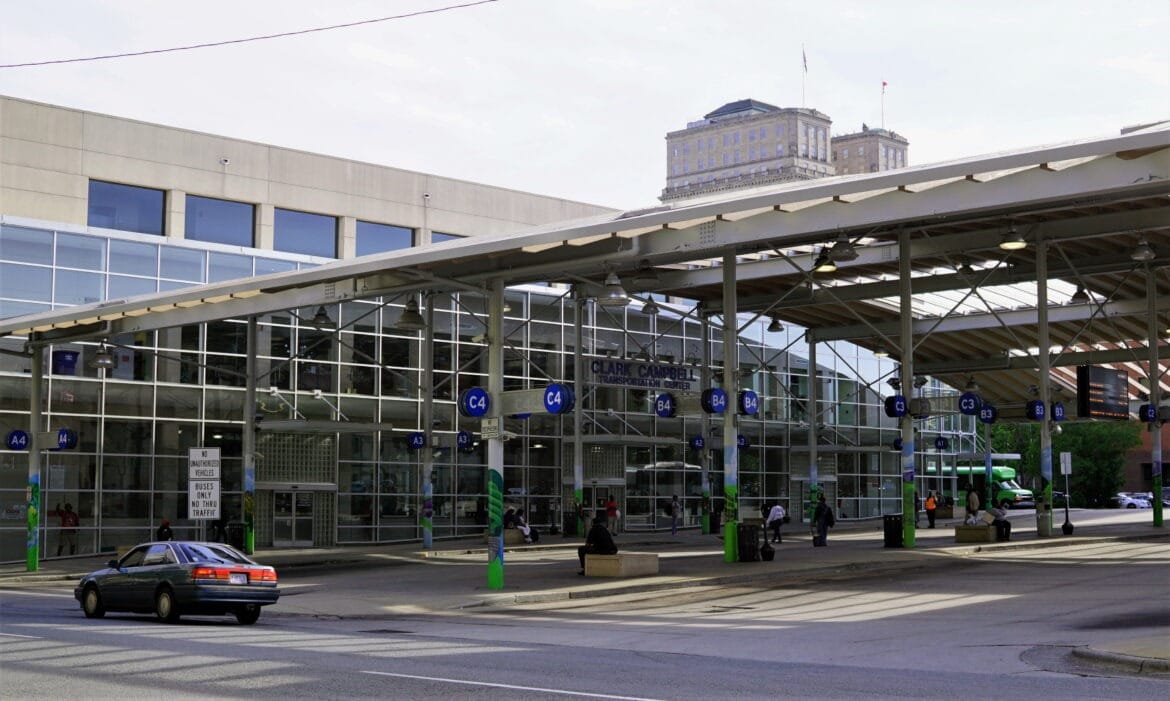 Mayor and Winston-Salem Alliance leader, Allen Joines, just announced that he will extend his Emergency Stay At Home Order for three additional weeks. The previous emergency order ran through Thursday, April 16. The new emergency order runs until May 7. Joines also announced that some federal funds were beginning to trickle down to the city. Specifically, $1.3 million in Community Block Grants and $660,00 to help the homeless “in a temporary situation.” But the most generous grant the City received recently was a $12 million grant from the Federal Transit Authority that will allow WSTA buses to run fare-free, starting tomorrow.

The City’s COVID-19 update press conference gave far too little attention to the city’s homeless population, in my opinion. The Journal’s Wesley Young reported earlier this month on the City’s plan to house some homeless persons in hotels. Young’s April 1 headline says it all, “More than 100 homeless people in Winston-Salem could get coronavirus, officials say.”

Press Conference Begins At The 13:00 Mark:

At today’s press conference, Assistant City Manager, Tosha Logan Ford stated that the needs of the approximately 450 homeless individuals in Forsyth County were being addressed. But at this time, the City only plans to provide hotel rooms for the medically fragile and individuals who have tested positive for COVID-19 or have COVID-19 symptoms. So if you are homeless, keep coughing until the city and its non-profit allies arrange a hotel room for you and your family. That’s a far better option than waiting to get COVID-19 at a homeless shelter.

City leaders assure us that social distancing practices are in place at local homeless shelters, but with so many empty hotel rooms (not to mention vacant apartments) throughout the city, housing the unhoused in motels is the safest, best practice.

The City’s COVID-19 update press conference’s “big news” was that all city buses will be fare-free, starting tomorrow. Making bus service fare-free will help to limit contact between bus drivers and bus riders. Assistant City Manager, Damon Dequenne stated that Winston-Salem Transit Authority buses have recently been outfitted with plexiglass separating drivers from passengers. Other COVID-19 measures are also in place. Buses will be limited to 15 passengers, appropriately spaced apart from one another. According to Dequenne, when a bus reaches capacity, the driver will notify the dispatcher who will then put another bus into operation.

Fare-free bus service, even under the current circumstances, is something to cheer. But the City of Winston-Salem seems to have missed the bus when it comes to housing the unhoused during a pandemic. The City needs to put homeless individuals and families in hotels with the same urgency that it gave $1 million to the Winston-Salem Foundation! The City/County’s slow pace at housing the homeless and the County’s refusal to empty its jail are the two biggest threats to the general public’s health and safety at this very moment. 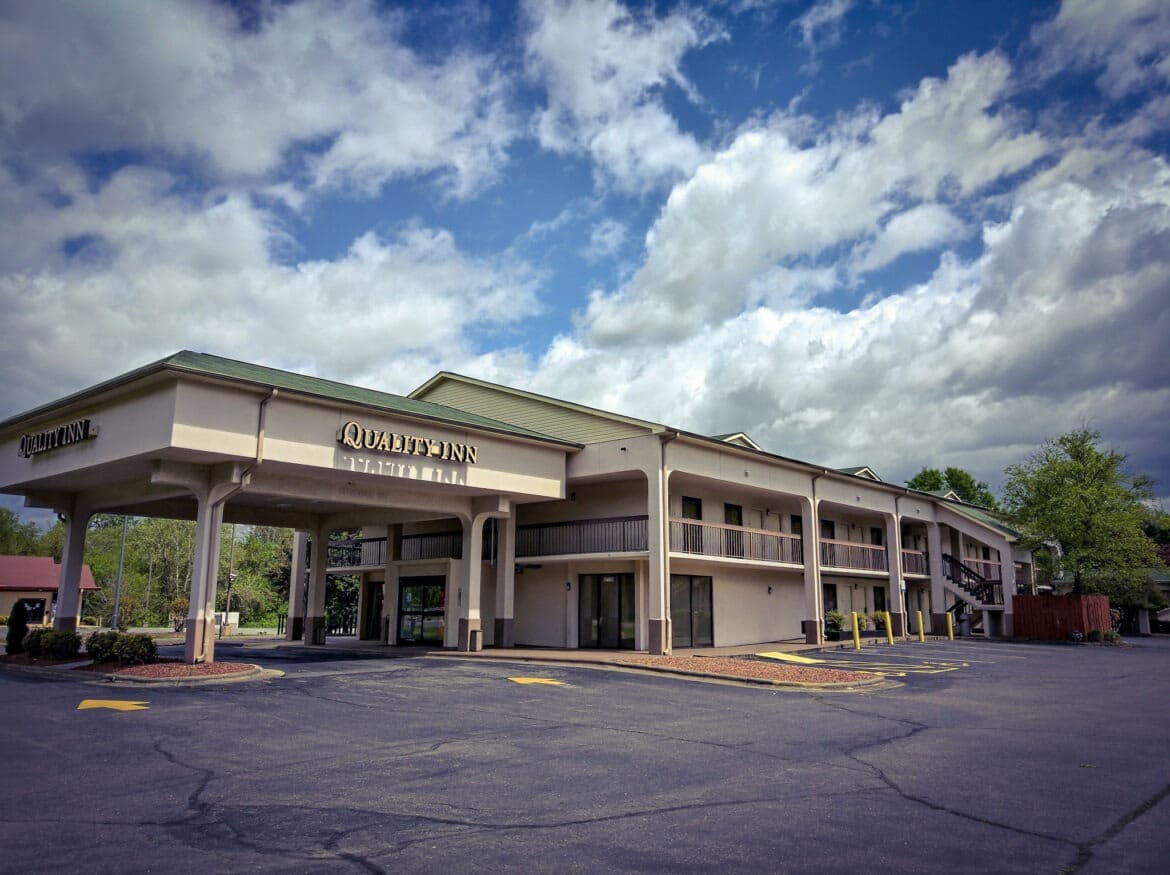 The Quality Inn on University Parkway has been closed since late last month. Former Councilmember and Bethesda Center Director, Derwin Montgomery commented on my Facebook page, “I personally called them last week and asked the owners. They said no try back in May.” 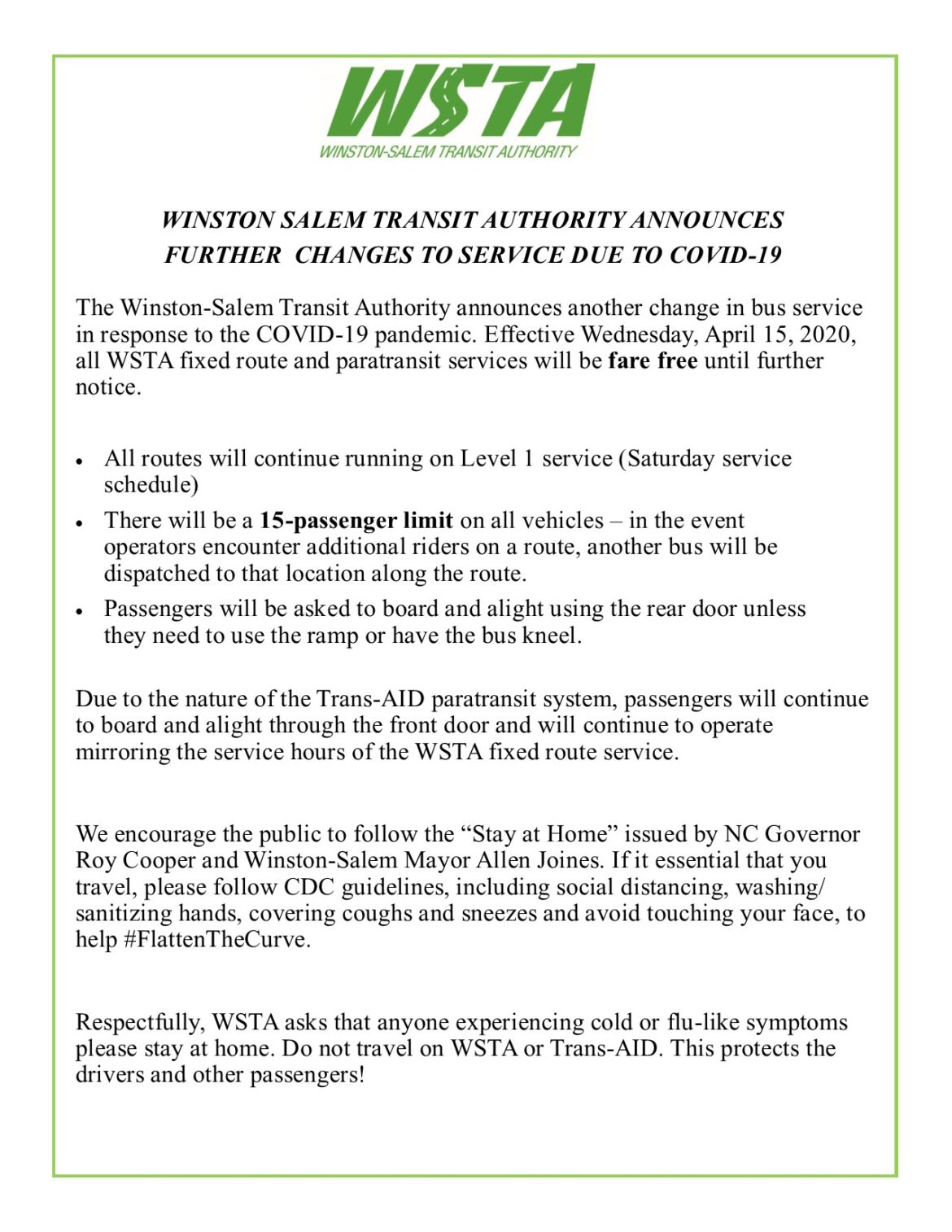 “I am today signing an order that will keep in place our emergency declaration, including the stay-at-home order, for 3 additional weeks, until May the 7th.” -Mayor Allen Joines