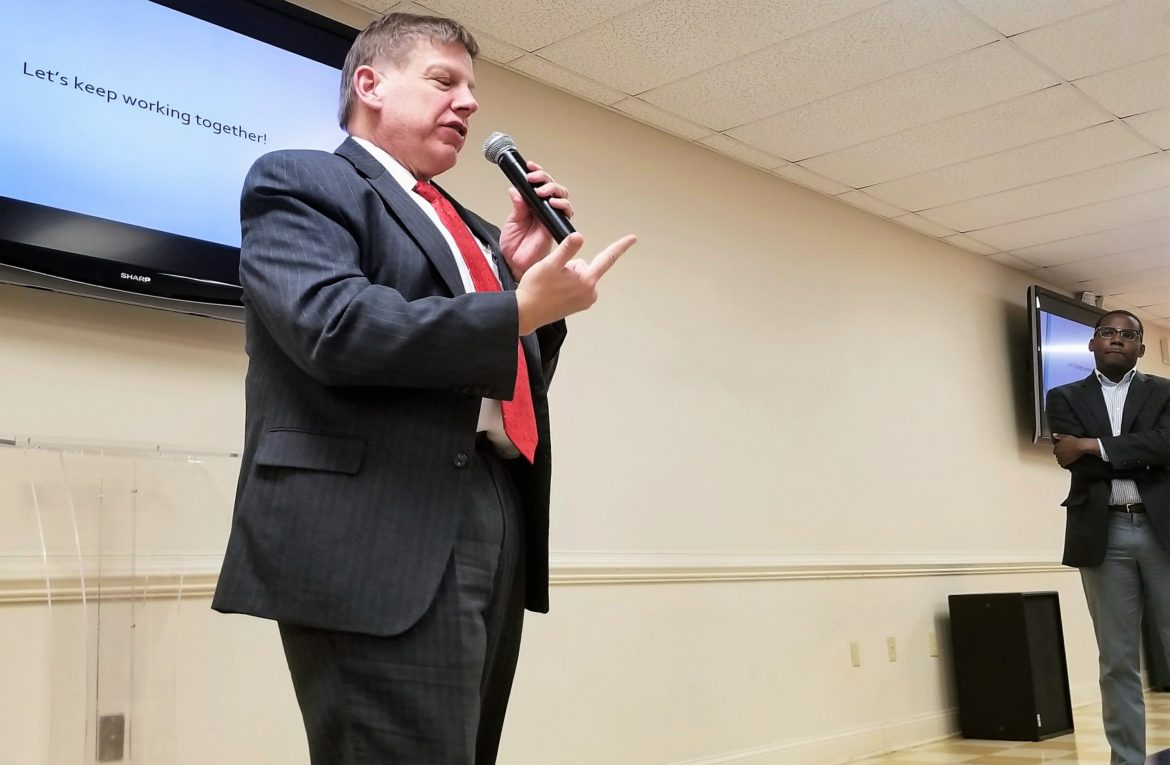 Monday night’s City Council meeting starting with a surprise, the exact date of Derwin Montgomery’s resignation. As the Journal’s Wesley Young pointed out on social media, Montgomery will retire from the Winston-Salem City Council one day prior to elections. Officially giving Mr. Montgomery just a few hours off before he begins his work in the North Carolina General Assembly.

After Derwin’s announcement and speech to the Council, the meeting progressed quickly, with several zoning petitions being approved with no opposition and little debate.

Then UDO-283, the Unified Development Ordinance that has been bouncing around our city and county government for approximately a year, finally came before the full City Council. After much debate UDO-283 was divided into two parts, A and B. The scope of UDO-283 was reduced to “activity centers and growth corridors.”

The Winston-Salem City Council is now in session. Tonight’s agenda can be found here: https://t.co/I3786NSGRR

Tonight’s City Council meeting is all about zoning, a few businesses are seeking rezoning, but the big issue before the Council is UDO-283. #wspol #wsnc #shenanigans

October is Fire Prevention Month in the City of Winston-Salem.

Of course, the cigarettes that Winston has produced for decades (they’re now produced in Tobaccoville) has led to countless fires. That’s another reason why Winston doesn’t use the term “Camel City” much anymore.

Councilmember Taylor appears to be wearing a Thurgood Marshall shirt under his dress coat. #KavanaughVote #wsnc

Councilmember Montgomery is addressing the Council regarding his resignation. Montgomery touted the expansion of public/private partnerships as a lasting an achievement. Montgomery’s resignation was approved unanimously. It will take effect on November 5, 2018.

The ordinance would essentially allow a business owner, within certain growth corridors to convert highway businesses and general office properties into mixed-use developments. City planners point out that technically they wouldn’t be displacing anyone, because these are businesses where no one currently resides.

They also pointed out that UDO-283 would encourage denser development, something our sprawling city could use. According to the city, UDO-283 is consistent with Legacy 2030, which calls for “increased density in the right places” to make future growth possible.

City/County planner Kelly Bennett pointed out that, “Greensboro, Raleigh, and Charlotte all alow multi-family in General Highway Business.” Bennett said that UDO-283 is “likely to create more affordable housing over time due to increased supply.”

After the city’s presentation, two reality industry representatives spoke. Unsurprisingly, they spoke in support of UDO-283. The head of the Piedmont Triad Apartment Association used the word ‘nimbyism’ to describe the opposition to UDO-283.

JoAnne Allen is now speaking in opposition to UDO-283. Allen argues that 283 removes safeguards, thus the City Council is not respecting the will of the people.

Yusef Suggs is quoting the N.C. Constitution, regarding the sovereignty of the people. In local matters capital is king in North Carolina. The real estate business rules cities and towns across the state. Grassroots democracy is the only solution to counter the power of capital.

Carolyn Highsmith of the New South Community Coalition, countered by pointing out that UDO-283 will reduce public participation, requiring only City-County Planning Board approval, without developers having to go before the City Council.

Highsmith went on to state that mixed-use development could lead to a domino effect, gentrifying nearby neighborhoods. Highsmith did a good job of countering the City Council’s reassurances.

Councilmember Larson spoke for the majority of the council when he said that he like the slimmed down version of UDO-283 that was before the council. Larson noted that only very specific areas, in his ward, along Peters Creek Parkway would be affected. Anything else would have to come before the Council.

But Councilmember Robert Clark downplayed concerns about gentrification and defended the rights of property owners. Clark had been the ally of activists assembled in the gallery recently when he rejected Mayor Joines’ plan to appoint Derwin Montgomery’s replacement. But not Monday night. The Council’s lone Republican endorsed landowner’s “by right use” in a predictably Republican tone.

UDO-283 A & B passed, but as the Journal’s Wesley Young pointed out, they didn’t pass by a wide enough margin. Councilmembers James Taylor, D.D. Adams, and Vivian Burke voted against the ordinance change. They agreed that removing public participation from the Unified Development Ordinance was a mistake.

Therefore UDO-283 will be voted on again at the next City Council meeting, apparently without public comment.