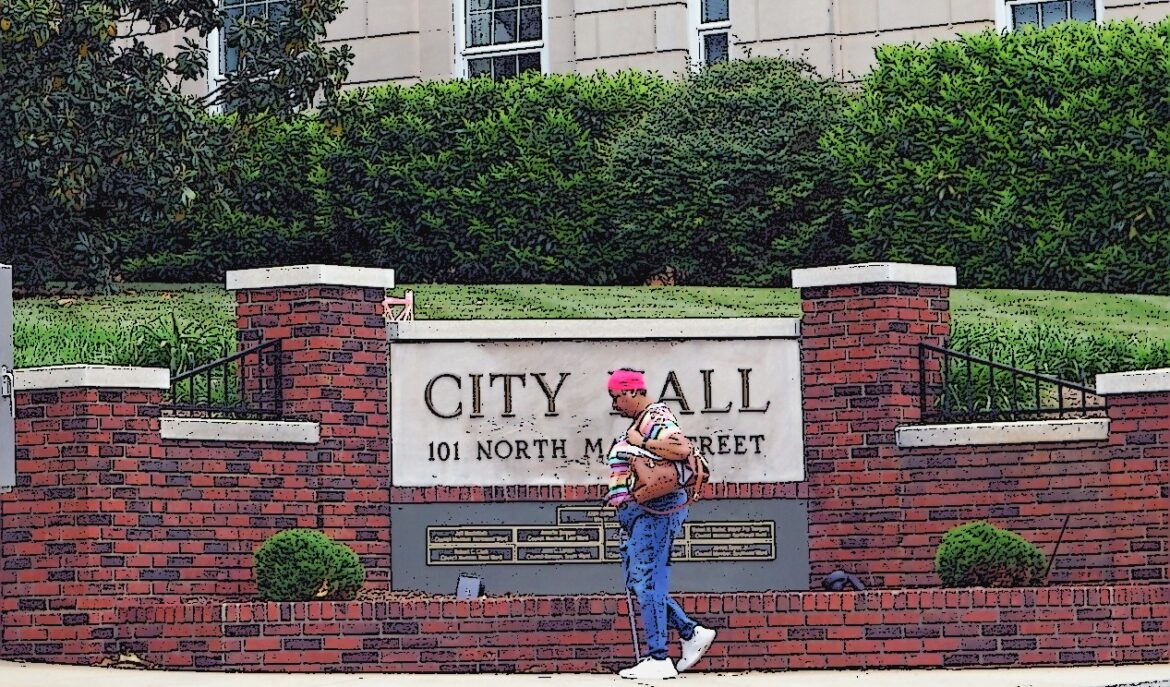 Monday’s night’s meeting of the Winston-Salem City Council was a fairly bland affair, like the Super Bowl halftime show if Franklin Graham had his way. It started out with the City Council honoring Alpha Kappa Alpha Sorority. Mayor Pro Tempore Burke, who was uncharacteristically absent from recent City Council meetings, personally thanked Alpha Kappa Alpha for their contributions to the community. 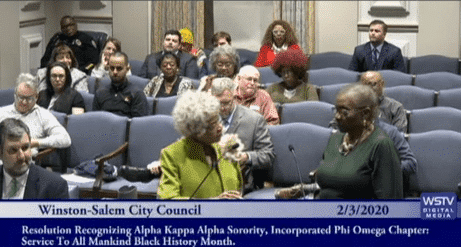 Rezoning the property at the corner of Waughtown and Sprague was up first on the Council’s agenda. The former Rite Aid building property has been vacant for several months. Councilmember James Taylor reassured the City Council that there was a good developer lined-up to work on the project and that they could expect a ribbon-cutting ceremony in the future.

Next on the agenda was Redeemer Presbyterian Church’s request to rezone two houses adjacent to its property, to allow Redeemer to increase its parking. The public hearing on this agenda item went on for a while. Ardmore feverishly resists any and every non-residential development in Ardmore. They’ve even been known to fight a cell tower.

Redeemer made some concessions that satisfied most of the neighbors that had previously spoken in opposition of the rezoning. The City Approved the rezoning without much debate.

After a church gained some parking spaces, a retailer seeking to reduce its parking came before the City Council. Petitioners representing the Target corporation ask the City Council to permit a portion of the parking lot at the University Parkway Target to be the site of a mixed-use project. The City Council approved the request without hesitation, giving Councilmember Adams time to wax nostalgic about what used to be on University Parkway, “a Darryls, with a bus on the inside!”

The last item on Monday night’s agenda, before appointments to the Mayor’s various boards, was a resolution pertaining to the dilapidated homes the City demolished in recent years.


(Thirty-one properties in East Winston that have been demolished in recent years. This is  literally an example of vanishing wealth in East Winston.)