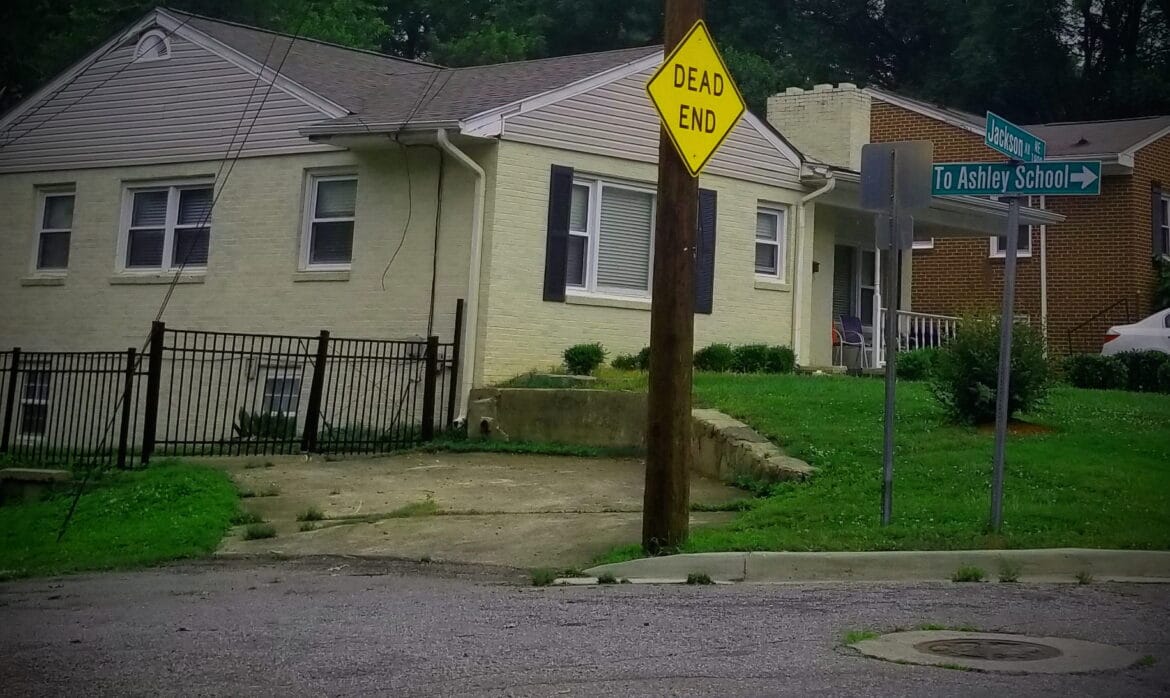 Late Sunday night, I stumbled upon a friend’s Facebook post. She shared that the Winston-Salem/Forsyth County School System has found a potential site for a new Brunson Elementary. Sometimes a friend reports news that our paper of record fails to deliver.

If the proposed location is approved, the former Thomasville Furniture factory at 1245 Ivey Avenue (and adjoining properties) will one day produce kids reading at or above grade level.

The Thomasville Furniture site on post-industrial hill will be presented at Tuesday afternoon’s Building and Grounds Committee meeting, then discussed at the full school board meeting later that evening. The WS/FC School System “would also like to conduct a Community meeting the week of November 18, 2019, at Brunson ES for the purposes of receiving input from Brunson staff, parents, and other community members.”

The Thomasville Furniture site has a long way to go before the school board approves it. I’d like to hear the school system’s rationale for proposing that site. Was that location chosen because it’s in the best interest of students, parents, and teachers? Or is the school system trying to help spur development in “Industry Hill?”

The Thomasville Furniture factory site’s brownfield status is one potential grounds for rejecting it. If the site’s environmental contamination can be remediated, the next objection to overcome is the location. The Thomasville Furniture site is “within the boundaries of the existing Brunson ES district.” But it’s in a completely different neighborhood.

Back in 2011, the Bruson parent group identified available properties much closer to Brunson, in the West Highlands and West End neighborhoods:

Spring 2011 The Brunson parent group compiled a list of public properties available in the downtown area. Five suitable sites were identified. These included the former YWCA site on Glade Street; a site at the Children’s Home; the hill next to Reynolds Auditorium; and two options adjacent to Hanes Park between Wiley school and the Reynolds gyms. WS/FCS planners presented drawings for relocating Brunson to the three sites property already owned by the district. WSFCS Brunson Relocation at Wiley or Reynolds.

The school board’s proposed site for a new Brunson Elementary is actually closer to Ashley Academy. According to Google, Brunson is 2.3 miles away from the former Thomasville Furniture factory, while Ashley is a mere 1.4 miles away. Both schools are practically the same distance by car.

Both Brunson and Ashley are long overdue for new schools. It’s a scandal that the school board has kept Brunson and Ashley waiting for years, while Wiley’s $10 million gym was fast-tracked. A new school has been approved for Brunson-part of the 2016 bond package, while the school board has only funded design plans for a new Ashley. But Ashley needs a new building more urgently than Brunson.

In addition to the fact that environmental conditions at Ashley demand action, Brunson is thriving academically, while Ashley is at the very bottom of the state’s rankings (1114 out of 1114). Building a new school for Ashley can be justified based on poor academic achievement alone.

How long can we allow the worst schools in Winston-Salem to be the worst schools in the state of North Carolina? Action4Equity has tirelessly advocated for Ashley Academy for some time now. They’ve brought a considerable amount of attention to the mold and poor air quality at Ashley. Their civil rights complaint against the school district is still making its way through the courts. But let’s not wait for a court order before we do the right thing. The next new school building in Winston-Salem/Forsyth County needs to house Ashley Academy.